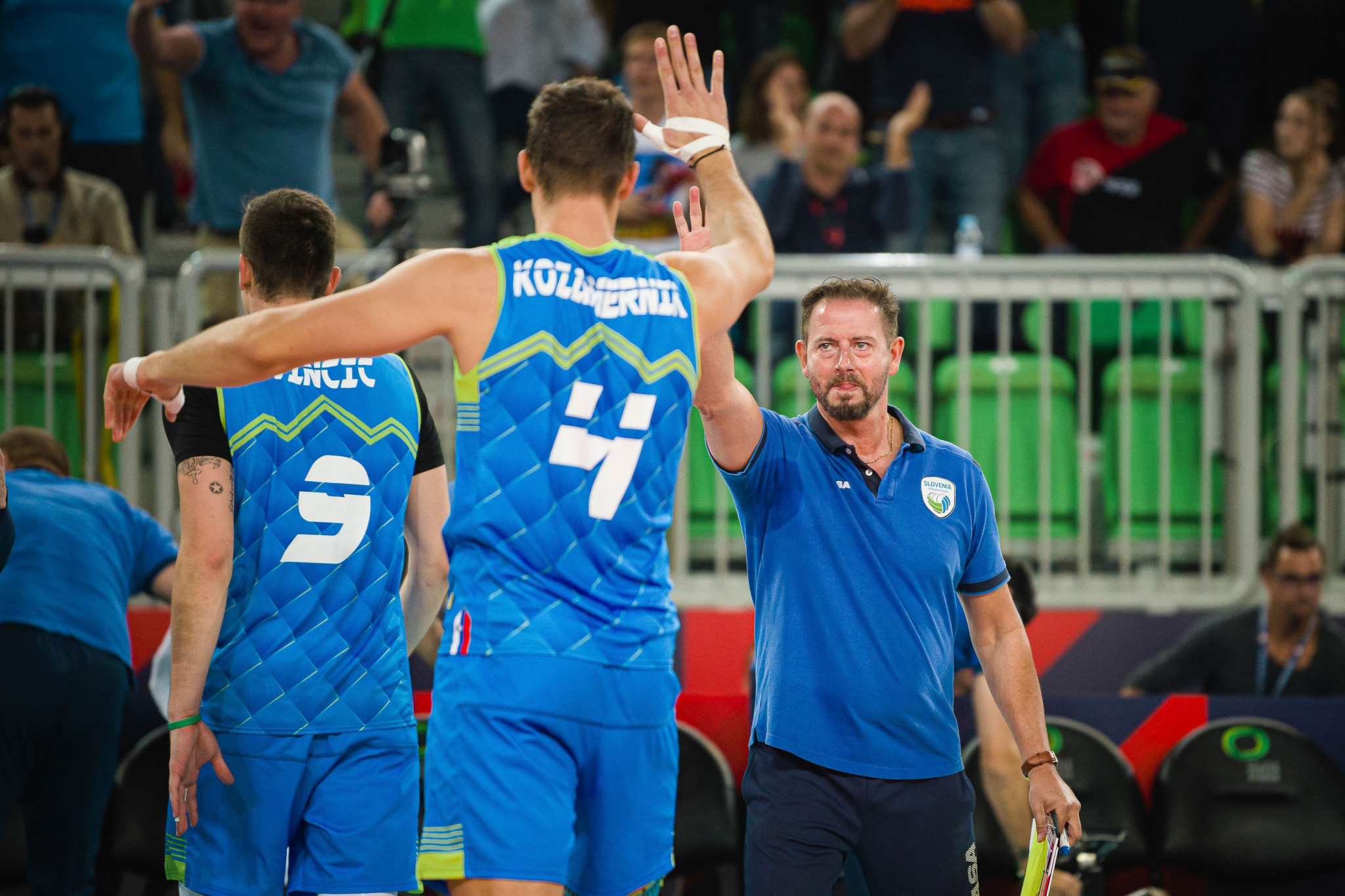 Italy and Slovenia will play Serbia and Poland respectively in the semi-finals of Men’s EuroVolley after recording straight-sets wins in their quarter-finals at Ostravar Aréna in the Czech city of Ostrava.

Six-time winners Italy are hoping for their first European title since 2005, and their challenge rolls on after a comfortable win against 2017 runners-up Germany.

It was Germany who started brightest in the first set, but Italy never looked back from when they took the lead for the first time at 7-6, and went on to clinch it 25-13.

The Italians were also took control of the second set and won it 25-18, before a 25-19 victory in the third saw them progress to a semi-final against the defending champions Serbia.

Alessandro Michieletto was top scorer for the Italians with 13 points, and opposite Giulio Pinali was delighted with how and his team mates performed.

"We had a strong serve, great attacks and also good reception.

"It was probably our best match of the tournament.

"I hope we will play like this in the semi-finals.

"This was our last appearance in Ostrava and I have to say I really enjoyed it.

"After the COVID-19 pause it was so cool to see people back in their seats."

The Czech hosts were in action in the second match of the day, fresh from having stunned Olympic champions France in straight sets in the round of 16.

However their run came to an end as Slovenia progressed at their expense, with Tonček Štern inspiring the 2019 silver medallists by scoring 19 points.

The Czech Republic put up a strong fight in the third, taking it to a tiebreak, but they couldn’t prevent their opponents from winning 27-25 to set up another match against a co-host nation in the form of Poland.

The Poles are the highest-ranked team at the tournament, second in the world.

They won Men’s EuroVolley for the only time in 2009, and were bronze medallists last time out.

The semi-finals are due to be held on Saturday (September 18) in Katowice, which is also the host for Sunday’s (September 19) medal matches.