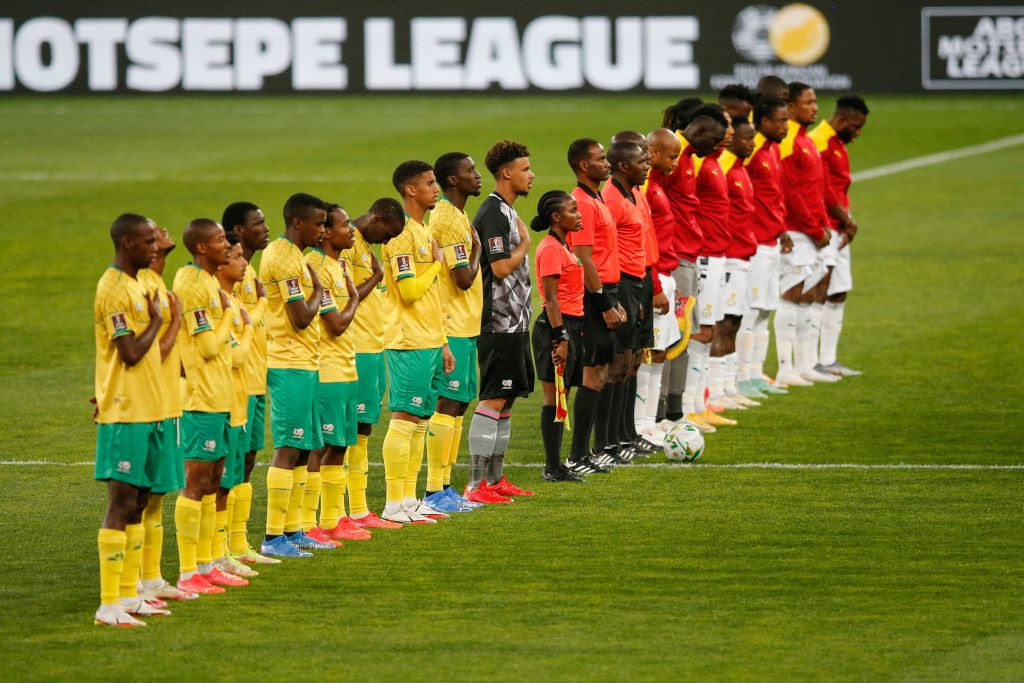 South Africa is hoping to replace Japan as hosts of this year's Club World Cup after the Olympic and Paralympic host country withdrew from staging the tournament because of COVID-19.

Jordaan is also due to have meetings with FIFA secretary general Fatma Samoura and Confederation of African Football President Patrick Motsepe over South Africa's interest in hosting the competition, scheduled to take place in December.

South Africa must receive Government approval if it is to be successful with its bid.

There has also been reported interest from Saudi Arabia, which has aligned itself closely with Infantino in recent years.

Japan last week pulled out of staging the seven-team World Cup, featuring the six continental champions and the winners of the host nation's top-tier domestic league, amid concerns over the risk of rising COVID-19 infections.

South Africa has seen a reduction in new cases of the novel coronavirus in the past two weeks, leading to the Government relaxing restrictions and raising the possibility that fans could soon be allowed back into stadiums.

The country has recorded more than 80,000 deaths from COVID-19, the highest of any African nation, but has vaccinated around 10 million people.

UEFA Champions League winners Chelsea could be prevented from taking their place in the tournament if it is hosted in South Africa as the country is on the British Government's red list, meaning they would have to quarantine for 10 days upon their arrival back in England.

South Africa's representatives at a home Club World Cup would be Mamelodi Sundowns, the club formerly owned by Motsepe until he became CAF President.

This year's Club World Cup had been scheduled to be held in China under a revamped 24-team format before the postponement of Tokyo 2020 and other events forced FIFA to push it back.

FIFA then decided it would be staged using the traditional seven-team format.

Plans to hold a 24-team tournament appear to have been put on the backburner as FIFA is pushing for the main World Cup to be staged every two years rather than four, in a move which has drawn the ire of UEFA and its President Aleksander Čeferin.