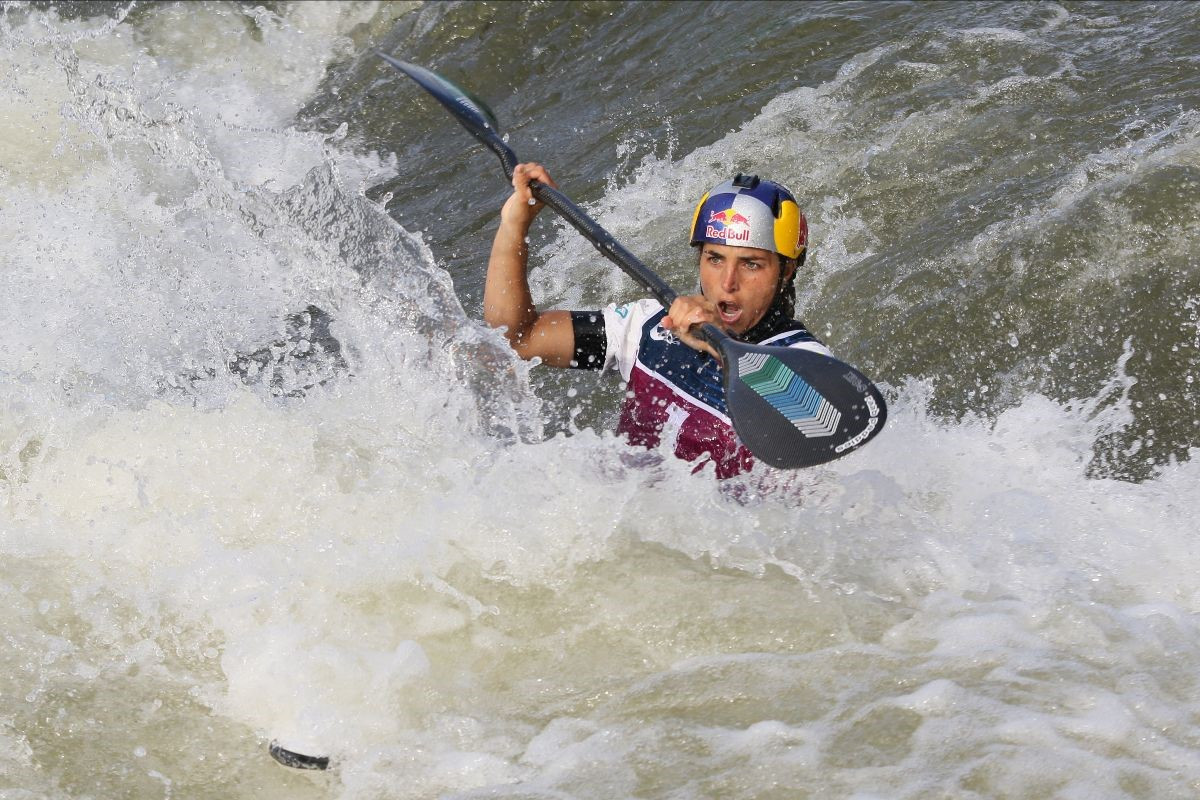 Fox had won the previous two women's K1 events of this year’s four-leg World Cup circuit, and secured victory in the final race of the season in France to comfortable take the overall crown.

Crossing he line in 106.74sec, Fox finished just 0.72 in front of Kateřina Minařík Kudějová of the Czech Republic in second and 1.54 clear of Slovenia’s Urša Kragelj in third.

The Australian Fox also leads in the women's C1 ICF Canoe Slalom World Cup standings, an event in which she won gold at the Tokyo 2020 Olympic Games.

Fox was left delighted with her victory - and will go again in the C1 tomorrow.

"It is an amazing feeling to come out here today, to have some spectators," Fox said.

"We haven't had them all season, it was really special to be racing.

"And to win, I am thrilled.

"The whole bottom section was really challenging, it's where I made a mistake on that run, so I really gave everything I had.

"I had no arms left at the finish.

"I couldn't even see the time at the finish line."

In the men’s kayak, Přindiš followed up his win at the last World Cup race in La Seu d'Urgell in Spain by clinching a close race in Pau.

The Czech kayaker notched 95.08sec, which was 0.55 quicker than Slovenia’s Peter Kauzer, who also finished second for the season with 239 points - 24 behind Přindiš on 263.

Britain’s Joseph Clarke was third in Pau with 96.33, while Giovanni De Gennaro of Italy completed the overall podium on 220 points.

Přindiš was happy to continue his country’s fine record in the ICF Canoe Slalom World Cup.

"I was in the flow, which was good and I am really happy with the result," he commented.

"It's a special feeling.

"I think it's a fourth year in a row that a Czech kayaker is the overall winner, so it is amazing.

"I am happy I proved again I am one of the best kayakers, which is important for me."

The event in Pau draws to a close tomorrow, with men’s and women’s finals in canoe and extreme slalom.

The ICF Canoe Slalom World Championships are then scheduled to be held in the Slovakian capital Bratislava from September 22 to 26.