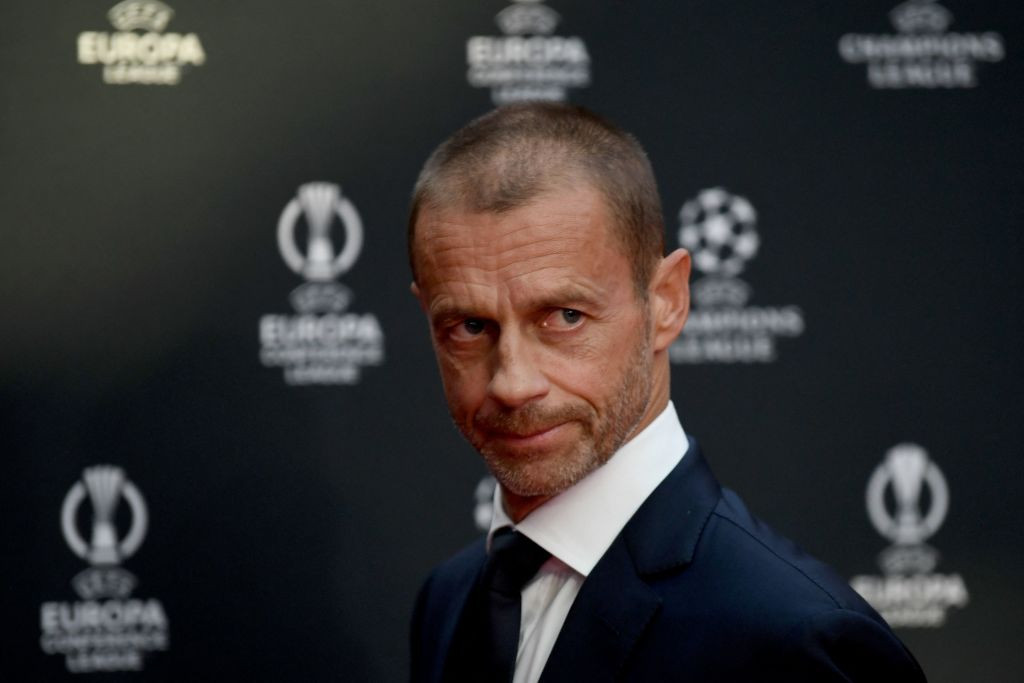 UEFA President Aleksander Čeferin has warned European and South American countries could boycott the FIFA World Cup if the controversial plans to stage the tournament every two years are approved.

Speaking in an interview with British newspaper The Times, Čeferin sent a message to FIFA and its President Gianni Infantino in perhaps his sternest condemnation of the biennial World Cup proposal.

"We can decide not to play in it," Čeferin told The Times.

"As far as I know, the South Americans are on the same page.

"So good luck with a World Cup like that."

Čeferin, who has regularly clashed with Infantino since becoming head of European football's governing body in 2016, has been vociferous in his opposition to the plans.

The Slovenian lawyer this week claimed a World Cup every two years would "dilute" the quality of the tournament and told The Times it could be a "killer" for players.

"I think it will never happen as it is so much against the basic principles of football," Čeferin said.

"To play every summer a one-month tournament, for the players it’s a killer.

"If it’s every two years it clashes with the women’s World Cup, with the Olympic football tournament.

"The value is precisely because it is every four years, you wait for it, it’s like the Olympic Games, it’s a huge event.

"I don’t see our Federations supporting that."

Čeferin also criticised FIFA's approach since it green-lighted a study on hosting World Cups every two years at its Congress in May following a proposal from Saudi Arabia, which has aligned itself closely with Infantino.

"I hope they (FIFA) will come to their senses, because I don’t see the right approach to go everywhere except the Confederations, not to speak to us," he said.

"They didn’t come, they didn’t call, I didn’t get a letter or anything.

"I just read in the media."

International Olympic Committee President Thomas Bach is among the others to have signalled their opposition to the proposal.

The plan is being driven by FIFA's chief of global football development Arsène Wenger, who led a two-day meeting on the topic in Qatar this week.

Wenger claimed there had been a "very positive response" to the possibility of a biennial World Cup, despite the opposition from Čeferin and others.

"I'm not hesitant at all," the former Arsenal manager said.

"I'm 100 per cent convinced that what I propose is the right solution for the modern way to organise football.

"If people have better ideas, I'm open to it and I welcome every idea that is better than mine."

FIFA invited a host of current and former players to the meeting to Qatar, all of whom declared their backing for the plan.