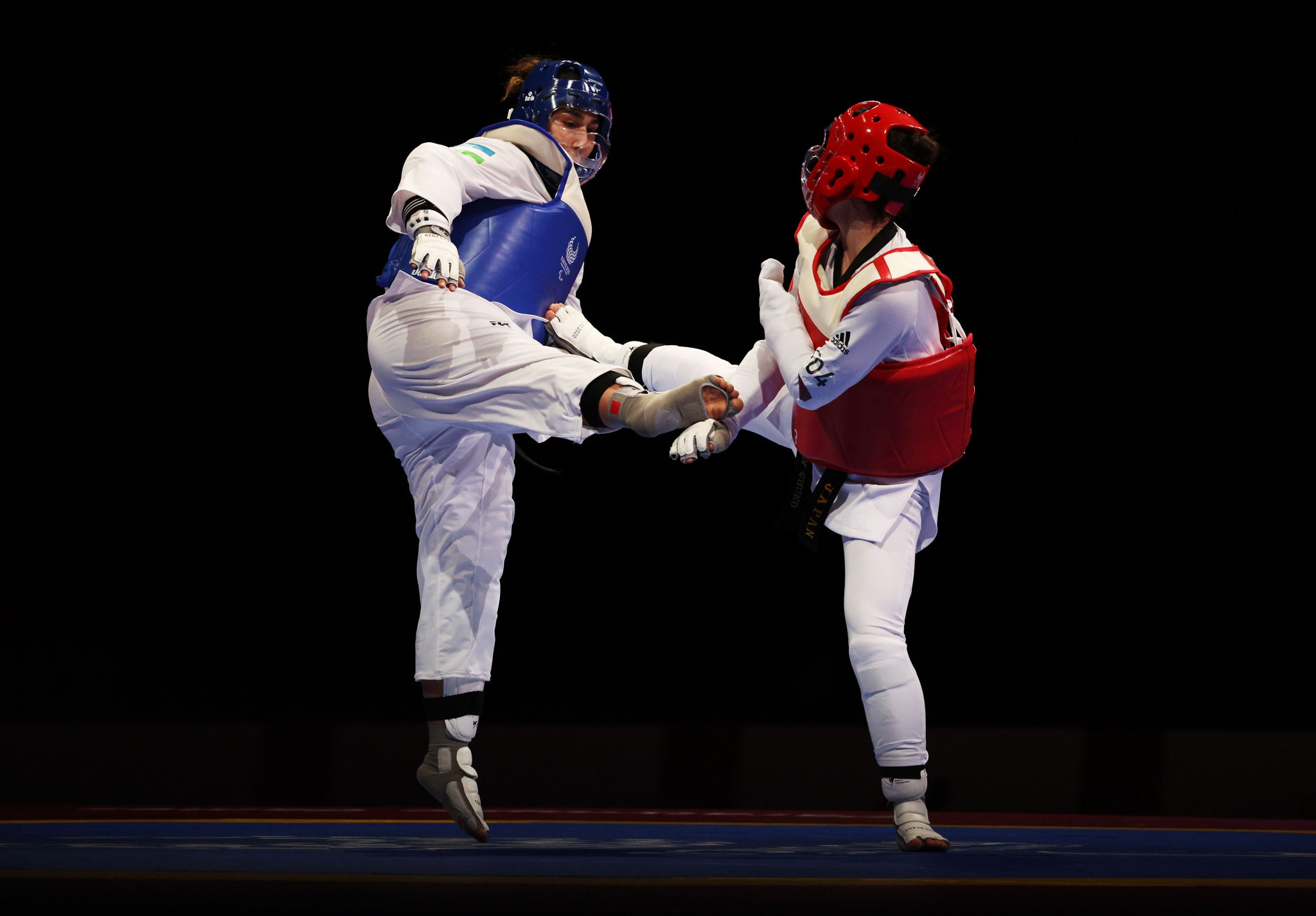 Guljonoy Naimova of Uzbekistan and Asghar Aziziaghdam of Iran emerged victorious on the final day of the taekwondo competition at the Tokyo 2020 Paralympics.

The sport, which is making its Paralympic debut here in the Japanese capital, produced two absorbing finals at the Makuhari Messe Hall B today as it looks to retain its place on the programme for future Games.

Aziziaghdam faced a mountain to climb as he trailed 6-1 but turned the match around in the closing moments of the second round, before edging a dramatic third to beat Ivan Mikulic of Croatia in the men's K44 over-75 kilogram final.

The Iranian was given an early advantage when Mikulic was penalised inside the opening 13 seconds.

Despite the blow, Mikulic responded in superb fashion, landing three kicks to the body to create a five-point cushion.

Both fighters picked up a gam-jeom each at the start of the second round, before Aziziaghdam connected with his first kick of the match.

Mikulic was leading 7-4 with 15 seconds left of the second round when Aziziaghdam put together three successive kicks to the body to give himself a 10-7 lead.

Aziziaghdam attacked but was unable to register any points before Mikulic pulled off a turning kick to the body to level the scores at 10-10.

After being penalised, Mikulic asked for the decision to be reviewed with 31 seconds left on the clock.

Officials deliberated for several minutes as tension grew inside the arena before Mikulic's appeal was deemed successful, levelling things up again.

It was a big blow to Aziziaghdam, but the Iranian used it as a spur as he landed a decisive kick to the body to win 12-10.

Evan Medell of the United States sealed a place on the podium after beating Andres Esteban Molina Gomez of Costa Rica 13-10.

It took 40 seconds before either landed a score as 20-year-old Naimova knocked Bezerra de Menezes to the floor with a kick to the body.

Bezerra de Menezes, who is 13 years older than her opponent, was then penalised twice as Naimova moved into a 4-0 lead at the end of the first round.

The Brazilian responded with a turning kick to the body to close the gap to 4-3 only for Naimova to land another blow to ensure a three-point cushion going into the final round.

Naimova managed to keep Bezerra de Menezes at bay in the first minute of the third round before scoring with a kick to the body to move 8-3 ahead.

The Uzbek fighter was penalised and almost got caught with a kick to head late on, but managed to thwart her opponent to clinch victory.

In a one-sided bronze-medal match, Australia's Janine Watson used her superior height to her advantage as she thrashed Ukraine's Yuliya Lypetska 63-0.

The other battle for third place was also high scoring but it was a far tighter affair, with Amy Truesdale of Britain beating Iran's Rayeheh Shahab 41-31.