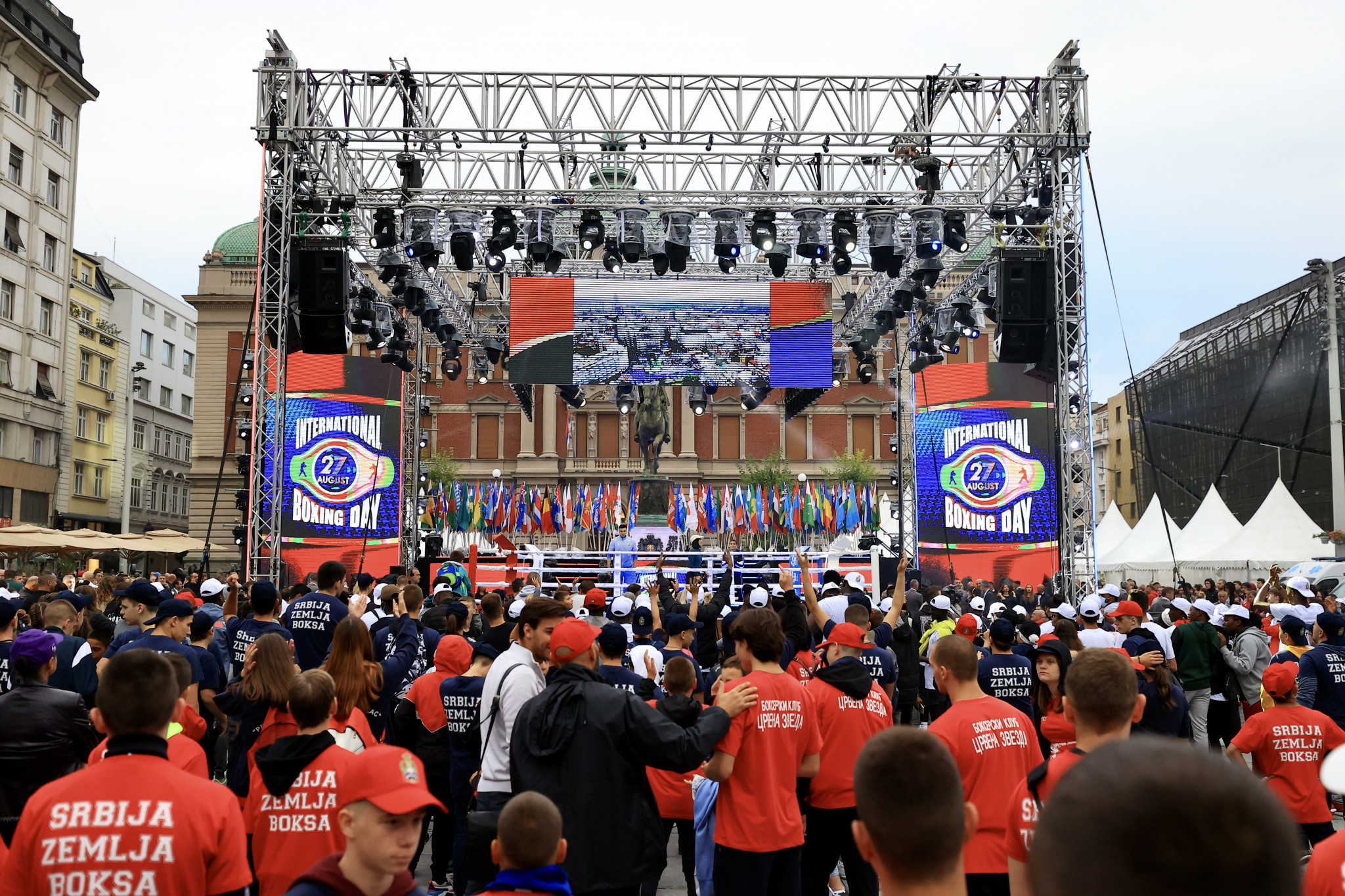 Celebrations for International Boxing Day are set to be held in a different venue each year to help mark the sport’s "long and rich history".

A boxing ring was erected, and it staged a series of bouts featuring international and local boxers and a music concert, the highlight of which was a performance from former world champion Roy Jones Jr, who debuted his new rap single.

"We are in Belgrade this year, next year we will be a different city," Kremlev said.

"Boxing has a long and rich history, and we want to celebrate that."

Several federations around the world put on their own events to celebrate the occasion, including in Nepal where local boxers donated blood to local hospitals and a group of athletes helped tidy up streets.

"Every National Federation has been so creative," Kremlev said.

"Our task is for every new-born child to know what boxing is.

"We want to concentrate on developing the sport because development brings champions.

"Boxing will really help you if you want to be successful."

AIBA secretary general István Kovács claimed International Boxing Day was an opportunity for everyone involved in the sport to celebrate.

"It’s not about amateur or professional," he said.

"We are one family.

"If for just one minute you have stepped into the ring then you are part of our family.

"Every family deserves one day a year of celebration."

Jones, holder of multiple world championships in four weight classes, including titles at middleweight, super middleweight, light heavyweight and heavyweight, acted as ringmaster for much of the evening before giving an impressive musical performance which captured the attention of the large crowd gathered in Republic Square.

"Days like this are important to me," he said.

"Without boxing, I wouldn’t even be here."