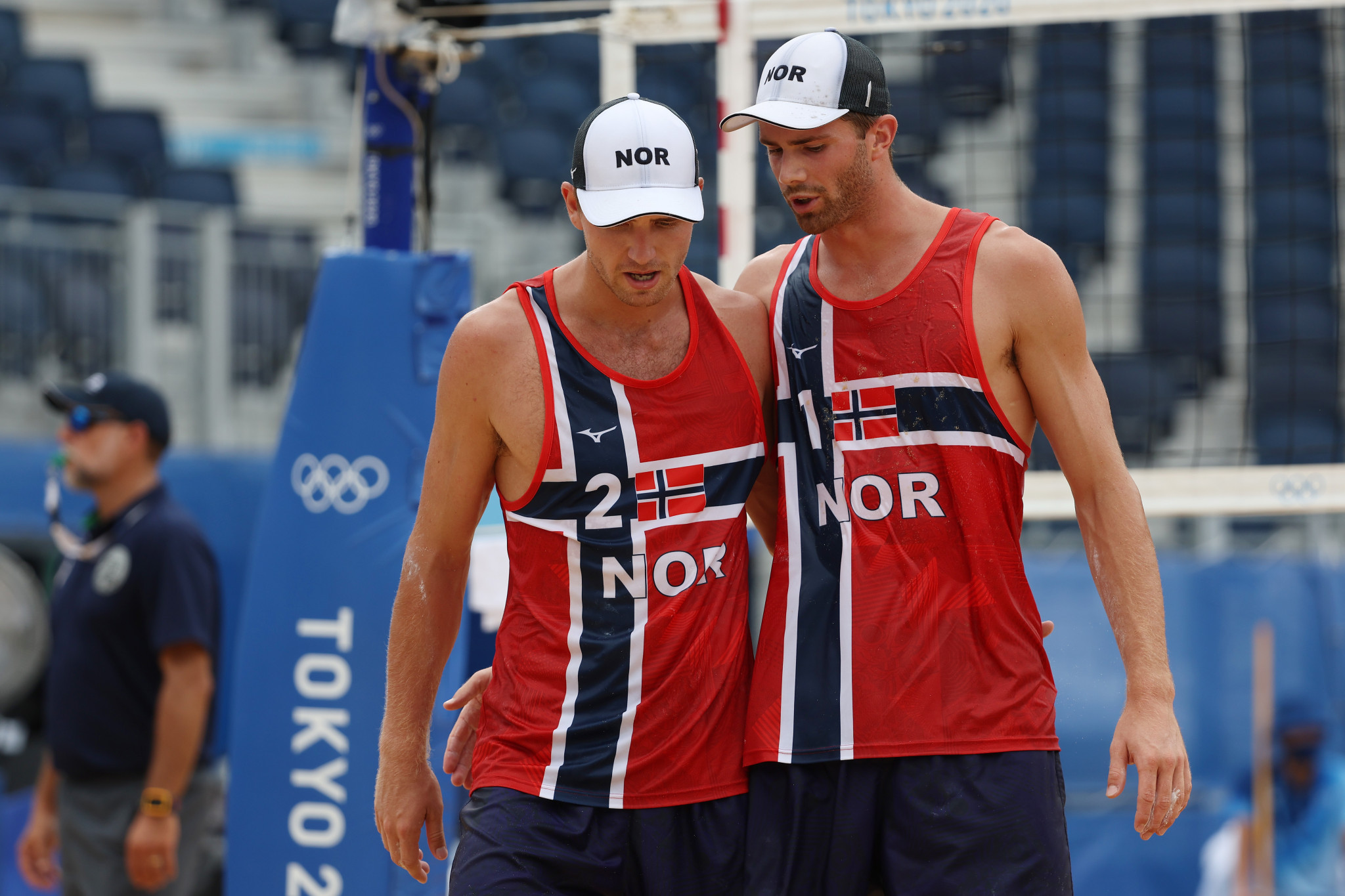 Men’s pool action and women’s knockout matches took place on another busy day of action at the 2021 EuroBeachVolley tournament in Austria.

Pool B was won by the Czech Republic team of Ondrej Perusic and David Schweiner, who defeated Austria’s Clemens Doppler and Alexander Horst 21-17, 21-13, before coming from behind to beat Latvia’s Martins Plavins and Edgars Tocs 22-24, 21-19, 15-12.

In Pool C, Russia’s pairing of Nikita Liamin and Taras Myskiv ran out winners, after beating Aleksandrs Samoilovs and Janis Smedins of Latvia 27-25, 22-20, and later Piotr Kantor and Bartosz Losiak of Poland 24-26, 21-19, 15-8.

Pool F was won by Germany’s Julius Thole and Clemens Wickler, who defeated compatriots Alexander Walkenhorst and Sven Winter 21-19, 21-12, before beating Italy’s Paolo Nicolai and Daniele Lupo 18-21, 21-12, 17-15, in a reversal of the result from their tie-breaker match at Tokyo 2020.

Meanwhile, the women’s competition at Danube Island in Vienna reached the first knockout phase, with the winners progressing to the round of 16 to face the pool winners, and the defeated teams eliminated.

Polish pair Kinga Wojtasik and Katarzyna Kociolek triumphed 21-18, 21-16 against Riikka Lehtonen and Niina Ahtiainen of Finland before the sole three-game contest of the day in the women’s draw, which saw Katja Stam and Raisa Schoon of the Netherlands overcome Marta Menegatti and Viktoria Orsi Toth of Italy 19-21, 21-14, 15-13.

The second German pair to win on the day were Kim Behrens and Sandra Ittlinger who overcame Ingrid Lunde and Emilie Olimstad of Norway 22-20, 21-15, before Esmee Bobner and Zoe Sarah Verge-Depre of Switzerland earned a walkover victory at the expense of Ekaterina Birlova and Anastasiia Frolova of Russia.