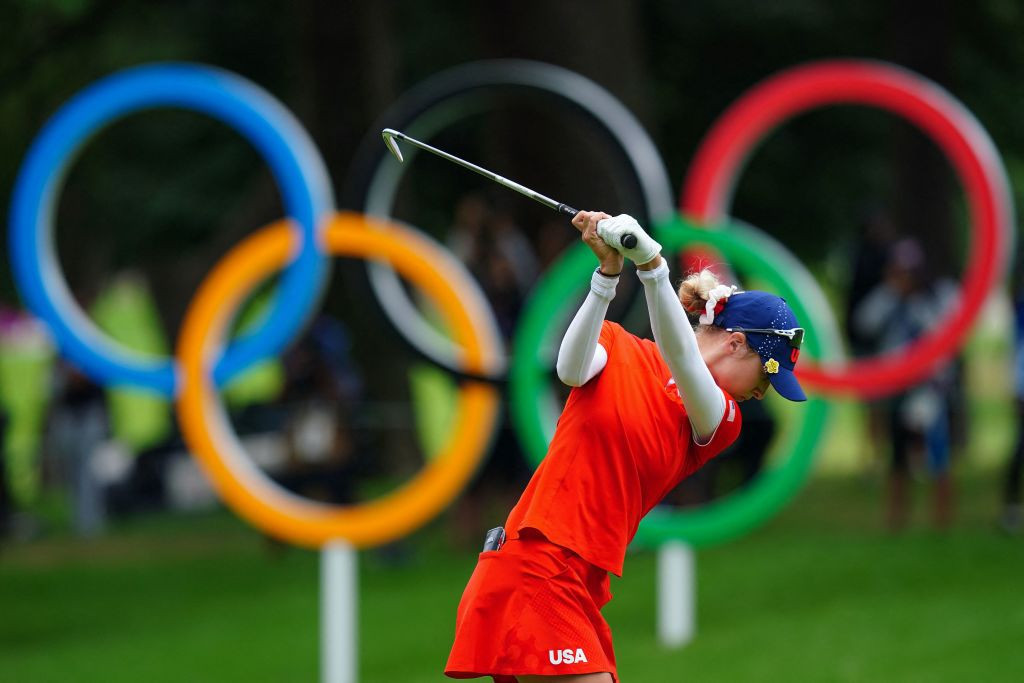 American Nelly Korda fended off the chasing pack as she converted her overnight lead into victory to claim the women's Olympic golf gold medal at Tokyo 2020.

Korda finished on 17 under par, a shot clear of Japan's Mone Inami and Lydia Ko of New Zealand, to become the first golfer to win the Olympic title and a major in the same year.

Inami, whose hopes of challenging Korda for gold were dashed when she bogeyed the 18th, edged out Ko in a playoff for silver after both players had ended on 16 under par.

Women's PGA Championship winner Korda held her nerve during a dramatic final round, which included a one-hour stoppage because of bad weather at the Kasumigaseki Country Club.

The 23-year-old, whose older sister Jessica was also in the field, had a scare when she double bogeyed the seventh but was able to maintain her lead at the turn.

Inami had put Korda under significant pressure with five birdies in a six-hole stretch towards the end of her round and headed into the 18th as the co-leader with the American.

But the Japanese player's challenge fell apart when an errant shot sent her into the bunker and she was unable to recover, bogeying the hole to end her chances of taking gold.

Korda put herself in a position to wrap up victory with a superb approach onto the green to render the par she needed for gold a formality.

After she duly tapped in from close range, Jessica ran onto the course and the two sisters hugged in celebration.

"It was very stressful, but I kept it together," said Korda.

"I’ve had a pretty good stretch of events, but that doesn’t mean necessarily that you’re going to play well.

"You kind of try to put the expectations to the side and just go out, have a nice fresh week, and enjoy the Olympic experience.

"I think every win is special in its own way.

"I wouldn’t say one win is more special or bigger.

"Each win has a significant meaning to me, something that I’ve gone through or whatnot.

"Obviously this is a huge honour, and it’s amazing to be a gold medallist - to even be an Olympian and represent your country."