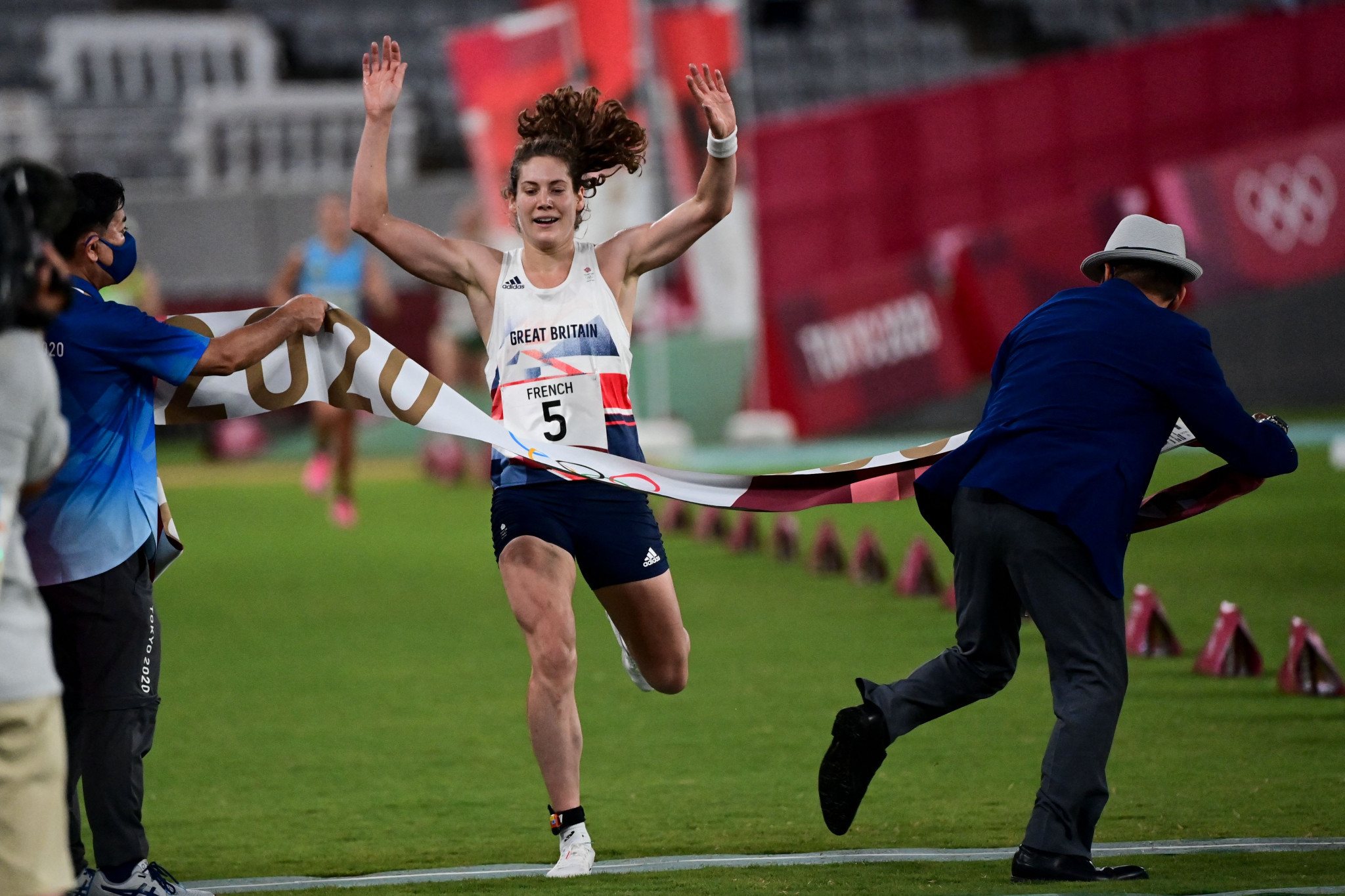 Kate French has become Britain’s second-ever modern pentathlon gold medallist - and first in 21 years - after leaving her best until last to clinch the title with an Olympic record at Tokyo 2020 here.

Britain has a strong history in the women’s event, having medalled at five of the past six Games since it was introduced at Sydney 2000.

Rio 2016 was the first time Britain had not secured a place on the podium, but French, two decades after Stephanie Cook made history by becoming the first female to win the Olympic modern pentathlon crown, ensured her nation was back in the winner’s circle.

The 30-year-old racked up a record-breaking 1,385 points – beating the previous Olympic best of 1,372 set by Australia’s Chloe Esposito five years ago.

She finished in the top eight of all four disciplines, placing eighth in swimming, seventh in fencing, fourth in show jumping and fifth in the laser run.

Going into the final discipline, French sat in fifth position but just 15 seconds behind leader Uliana Batashova of the ROC.

French soon overtook Batashova and started to open up a gap on the rest of the medal contenders.

French was also accurate in all four shooting rounds as she pulled clear of Sarolta Kovács, before crossing the finish line in 12min 0.34sec – 21 seconds quicker than the Hungarian.

Kovács had to settle for bronze as Laura Asadauskaitė won the laser run in 11:38.37 – an Olympic record time - to climb to second in the standings, with her silver earning Lithuania's first medal of Tokyo 2020.

Asadauskaitė, the Olympic champion at London 2012, also came out on top in show jumping.

Along with compatriot Gintare Venckauskaite, the two Lithuanians were the only riders to clear the fences without incurring any penalties.

There were also Olympic records broken in the earlier disciplines with Gulnaz Gubaydullina of ROC starring in swimming before Annika Schleu of Germany stole the show in fencing.

The pair’s hopes of Olympic glory were dashed in show jumping after Saint Boy failed to live up to his name.

Gubaydullina and Schleu both rode the bay gelding but neither were able to complete the course and were eliminated with an event to spare.