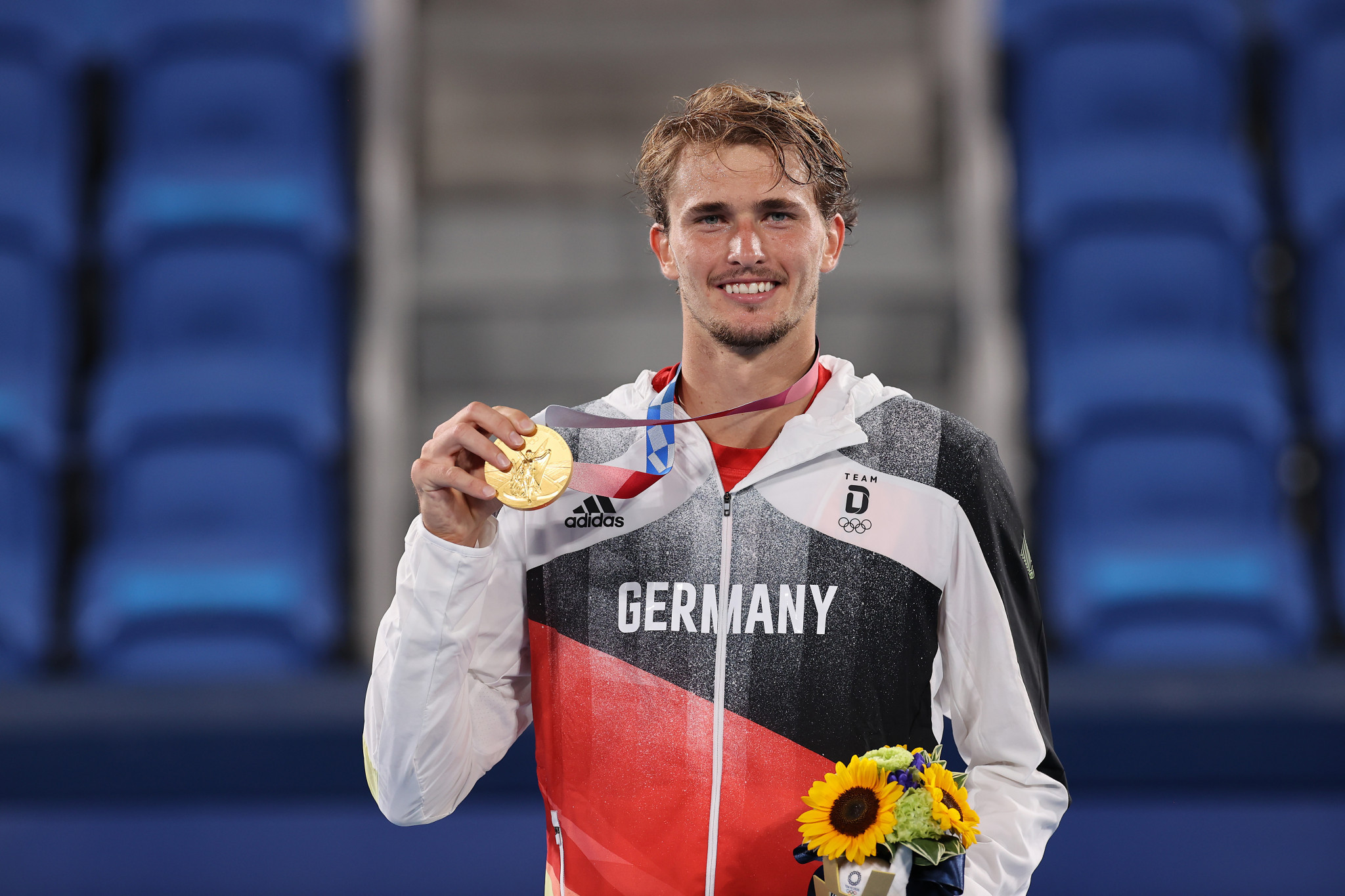 Alexander Zverev managed to shut out the voices of anti-Olympic protesters as he swatted away Karen Khachanov to secure gold at the Tokyo 2020 Olympics here.

The German dropped just four games in an emphatic 6-3, 6-1 victory over the ROC player in an hour and 20 minutes.

A gathering of protesters could be heard from inside the Ariake Tennis Park during the opening set as they continue to demonstrate against the staging of the Olympics.

Zverev did not allow the noise to affect him as he dominated the match from start to finish.

The 24-year-old said he heard the protest but stressed the importance of the Games going ahead against the backdrop of the COVID-19 pandemic.

"We all heard it, it was quite loud," said Zverev.

"I am not a politician, so I am not going to say much.

"I think most people will be quite happy that the Olympics are going on.

"In these times we are living in right now, it is not only nice to have but it is necessary so people can have something to watch and cheer on.

"I think it is very important that the Olympics are happening right now, not only for Japan but for the whole world."

Meanwhile, the International Tennis Federation (ITF) said it cannot influence the protests as they are outside the stadium.

"The International Tennis Federation cannot influence the protests," a statement from the ITF read in a report by Russian state news agency TASS.

"They take place outside the arena.

"Therefore, rather, it is the responsibility of [the Organising Committee] of Tokyo 2020."

Zverev faced just one break point on serve as big-hitting Khachanov struggled to assert himself in the final and had to settle for silver.

The world number five becomes only the second German to win the singles title, with Steffi Graf securing the last gold at Seoul 1988.

The manner of the victory will also give Zverev a huge boost in confidence prior to the US Open, where he will look to go one better than last year having let a two-set lead slip to Austria’s Dominic Thiem in the final.

Zverev, who defeated Serbia’s world number one Novak Djokovic in the semi-finals, was also pleased to prove his doubters wrong.

"By all the tennis experts and ex-players, they always saw other guys being better than me," said Zverev.

"But at the end of the day I have got 16 tournament wins, four Masters 1000 wins and an Olympic gold.

"They can say whatever they want."

A string of players pulled out of Tokyo 2020, including Spain’s Rafael Nadal, Switzerland’s Roger Federer and Thiem.

But Zverev claimed he emerged victorious from a tough field in Tokyo.

"The only one that didn't come was Rafa, this was one of the strongest tournaments this year," said Zverev.

"I think the best players were all here.

"I don't want to talk about the next Grand Slam as I have just won the Olympics.

"I want to enjoy this one for two minutes."

Only Venus Williams at Sydney 2000, Nicolás Massú at Athens 2004 and Serena Williams at London 2012 have won singles and doubles titles at the same Games.

Bencic of Switzerland was hoping to join that select list as she competed in the women’s doubles final with Viktorija Golubic.

But they went down in straight sets to Barbora Krejčíková and Kateřina Siniaková of the Czech Republic, who secured a 7-5, 6-1 victory.

Krejčíková and Siniaková claimed the pivotal break in the 10th game of the first set before breaking their opponents’ serve on four occasions in a dominant second.

The Swiss duo saved four match points but Krejčíková and Siniaková clinched victory at the fifth time of asking as Golubic lost her footing when attempting a slice backhand.

Pavlyuchenkova and Rublev squandered four match points and staved off one in a thrilling super tie-break before completing a 6-3, 6-7 (5-7), 13-11 triumph.