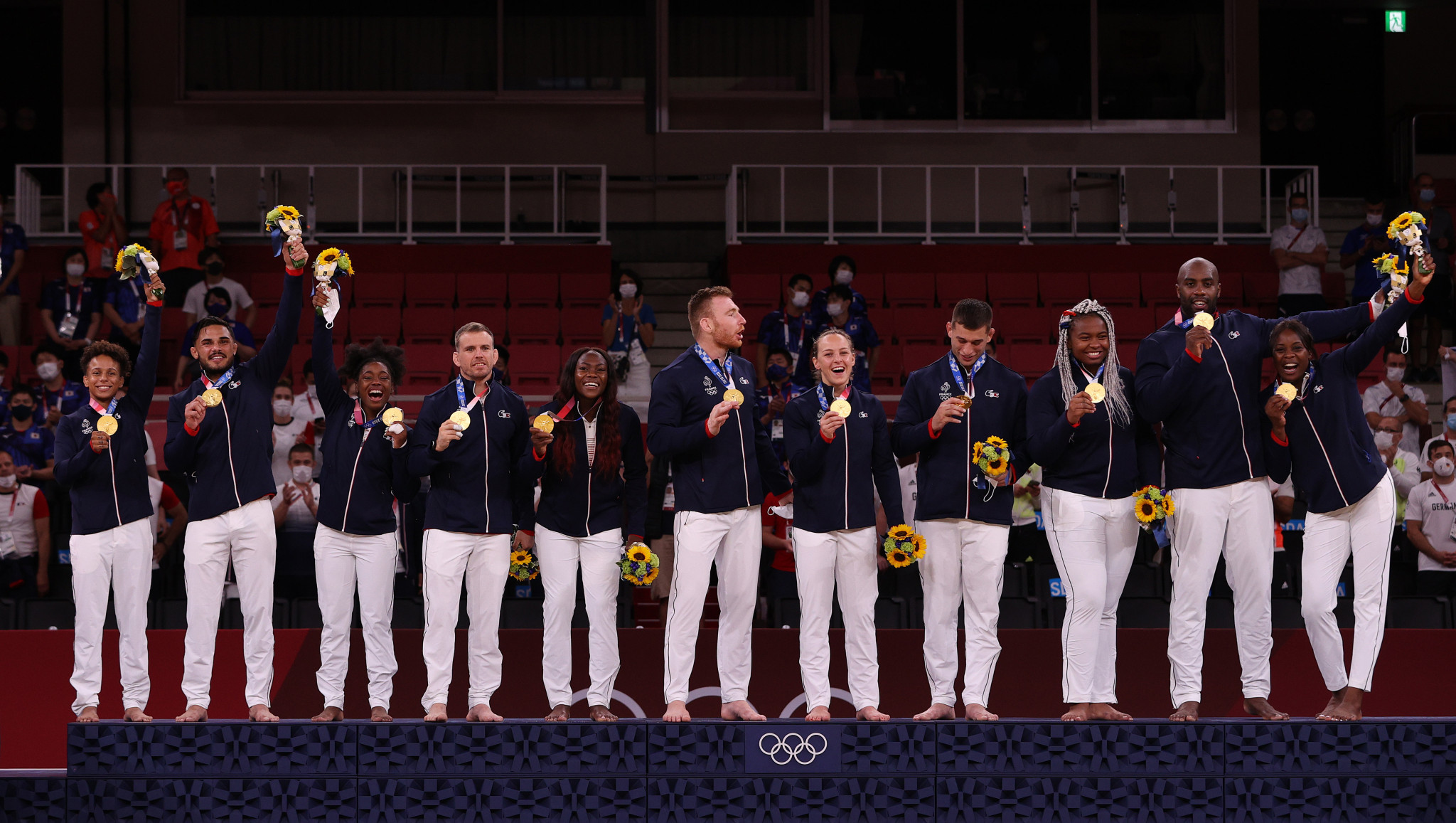 France won the inaugural mixed team judo title at the Tokyo 2020 Olympics with a commanding display to beat Japan.

They won by four bouts to one to set the seal on France’s most successful judo competition in history.

They had been inspired by Teddy Riner, who became only the second judoka to win three gold medals at successive Games.

He had beaten -100 kilogram gold medallist Aron Wolf by waza-ari and uchi-mata.

"This gold medal is a very important honour," Riner said.

"To win here in the country of judo is just amazing. It is just a great and big day. I don’t have words, this is an amazing day."

It was Clarisse Agbegnenou who began the victory roll in the -70kg with a win by ippon against fellow Tokyo 2020 gold medallist Chizuru Arai.

It gave her an unprecedented second judo gold at the same Games.

"It is unbelievable and thanks to the team I got a second gold medal," Agbegnenou said.

"I’m flying, but I cannot quite believe it. I will have to check to see if I really did win."

A further win followed for Axel Clerget who returned with a heavily bandaged head to beat Shoichiro Mukai also by ippon in the men’s -90 kg.

He paid tribute to the contribution of Riner in encouraging the team.

"Unlike the World Championships, we are all on the same level, we share the same flat in the Olympic Village. We are very close.

"Teddy has been a real power to us, a real boost. We do not see Teddy as a legend but as a team mate."

Individual silver medallist Sarah Leonie Cysique clinched the gold for France with her win over Tsukasa Yoshida in the -57kg category.

She held on to win by waza-ari uchi-mata, sparking celebrations as the French team spilled on to the mat.

"This victory is going to be very important," Cysique said.

"They were at home. We won against Japan in Japan. They have beaten us on many occasions but we took our chance today. They will certainly want revenge in 2024 but we will be ready too."

Japan’s individual gold medallist Aron Wolf confirmed: "I am not satisfied but with our team we were able to compete.

"I had won the individual event and the team were working hard to win, so I feel a sense of fulfilment.

"I am not really satisfied and would like to take on the challenge and get revenge in Paris."

Bronze went to Germany and Israel for whom it was a first Olympic medal in any team event.