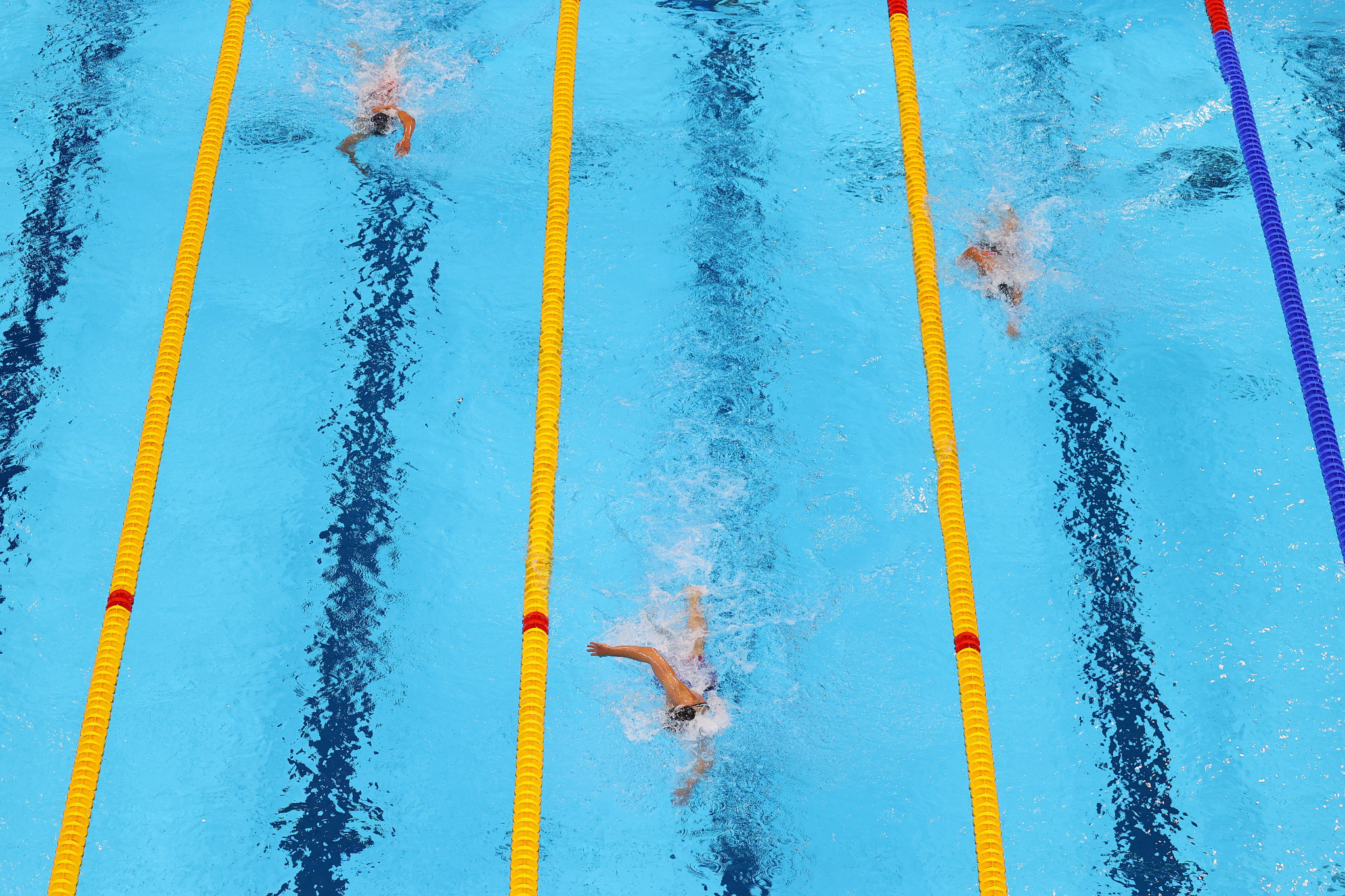 Ledecky was the clear favourite heading into the 800m freestyle event with the American boasting the 24 fastest times to date.

Australia’s Ariarne Titmus had beaten Ledecky to gold over the 400m earlier in the Games and was Ledecky’s biggest threat.

The reigning champion set the pace at each time check during the race, holding a lead of over a second to Titmus at the halfway mark.

Titmus remained within touch but was unable to close the gap, as Ledecky touched the wall in a winning time of 8min 12.57sec to secure a seventh Olympic gold medal.

Ledecky’s sixth individual gold medal is the most for a female swimmer at the Games.

Titmus became the second fastest woman over the distance by clocking 8:13.83, dipping below the time set by Britain’s Rebecca Adlington to win gold at Beijing 2008.

"I'm so happy to be bringing home two golds and two silvers to the United States," said Ledecky.

"I had to fight for every metre of that race.

"Ariarne had a tremendous time and a great swim and I knew she was going to be there the whole way.

Dressel delivered the expected result in the men’s 100m butterfly event, with the world record holder leading for the duration of the swim.

The American powered to victory in a time of 49.45se , shaving 0.5 seconds off his previous world record mark.

Dressel has now earned five Olympic gold medals in his career, with his latest victory adding to 100m freestyle and 4x100m freestyle relay wins at Tokyo 2020.

Hungary’s Kristof Milak finished as the silver medallist in a European record 49.68, with Switzerland's Noe Ponti winning bronze in 50.74.

McKeown trailed Canada’s Kylie Masse during the opening 150m of the race, but produced a fast finish to move past her rival.

Emily Seebohm, the fastest qualifier for the final, earned the bronze medal in a time of 2:06.17.

The British team were sixth after the backstroke leg, with 100m breaststroke champion Peaty helping them rise to fourth at the halfway mark.

Guy produced a storming 50.00 second split in the butterfly leg to hand over to Hopkin with Britain holding a narrow lead over China.

Hopkin maintain Britain’s advantage as the team finished in a world record 3:37.58, lowering the mark set by China last year.

China finished as the silver medallists in 3:38.86 having elected to open with two men in Xu Jiayu and Yan Zibei.

Zhang Yufei and Yang Junxuan were unable to keep China in the lead on their legs, as finished as runners-up.

Italy and the United States missed out on the podium places, after clocking 3:39.28 and 3:40.58, respectively.