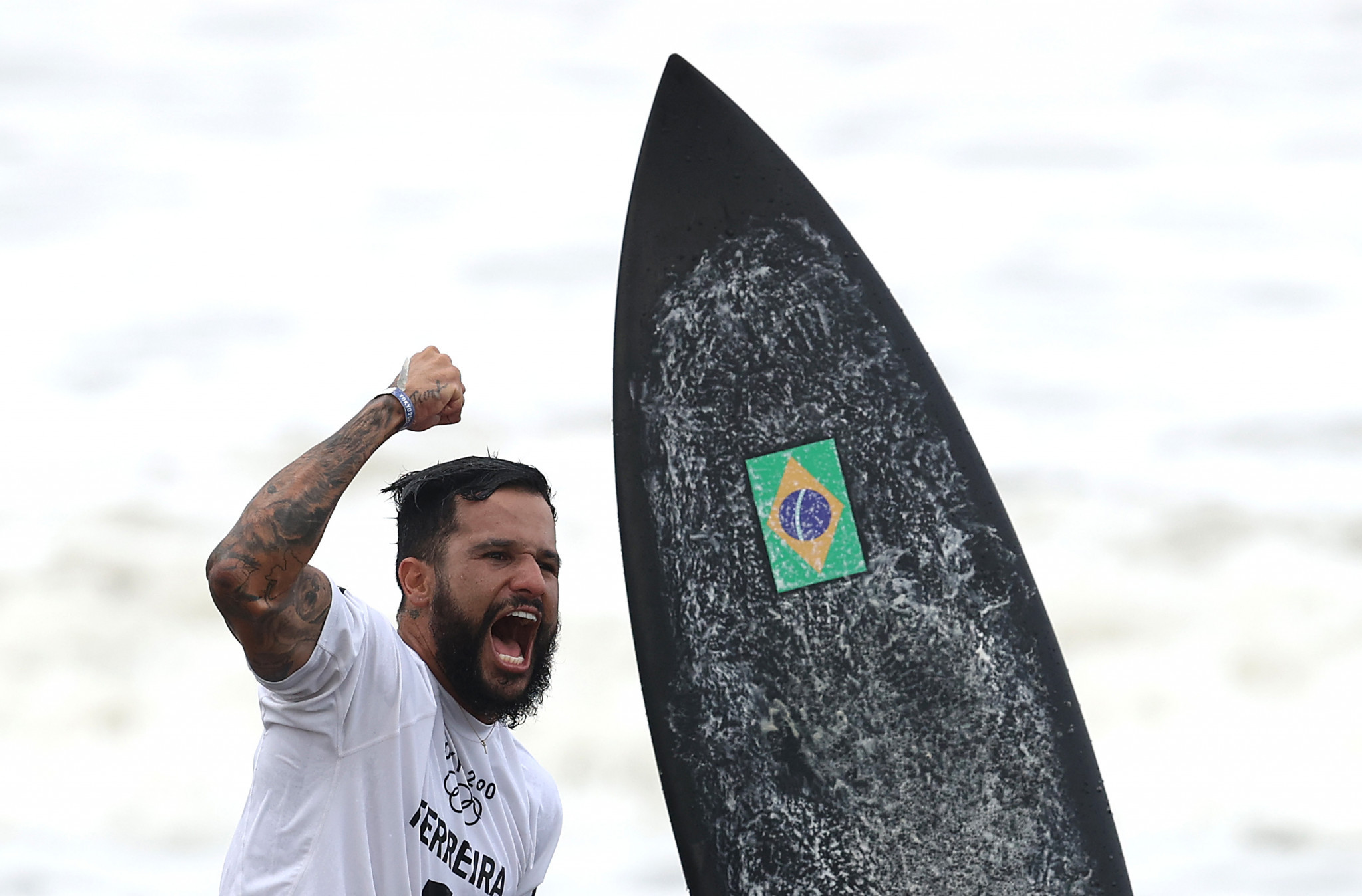 Both champions triumphed in dramatic waves at Tsurigasaki Surfing Beach, with the decision of organisers to move the finals forward 24 hours in the hope of better conditions proven to be a wise one.

Ferreira wiped out and broke his board only one minute into his final with Japan's home hope Kanoa Igarashi but recovered to post the best two scores.

"I broke my good board on my first wave," Ferreira said.

"That board gives me like good speed, the other one is slower.

"It was super hard out there but I knew that there were a lot of opportunities around.

"That's why I started to catch a lot of waves and get scores."

The choppy waves made for a great television spectacle and came amid weather reports of a typhoon coming from Japan's Pacific coast.

World number one and four-time world champion Moore dominated all of her heats and scored 14.93 in the final to beat South Africa's Bianca Buitendag, who managed 8.46.

"It's been a crazy couple of days, a little bit of a rollercoaster of emotions just trying to figure out the break, find my rhythm, learning how to trust myself without my family here.

"It's been an incredible experience."