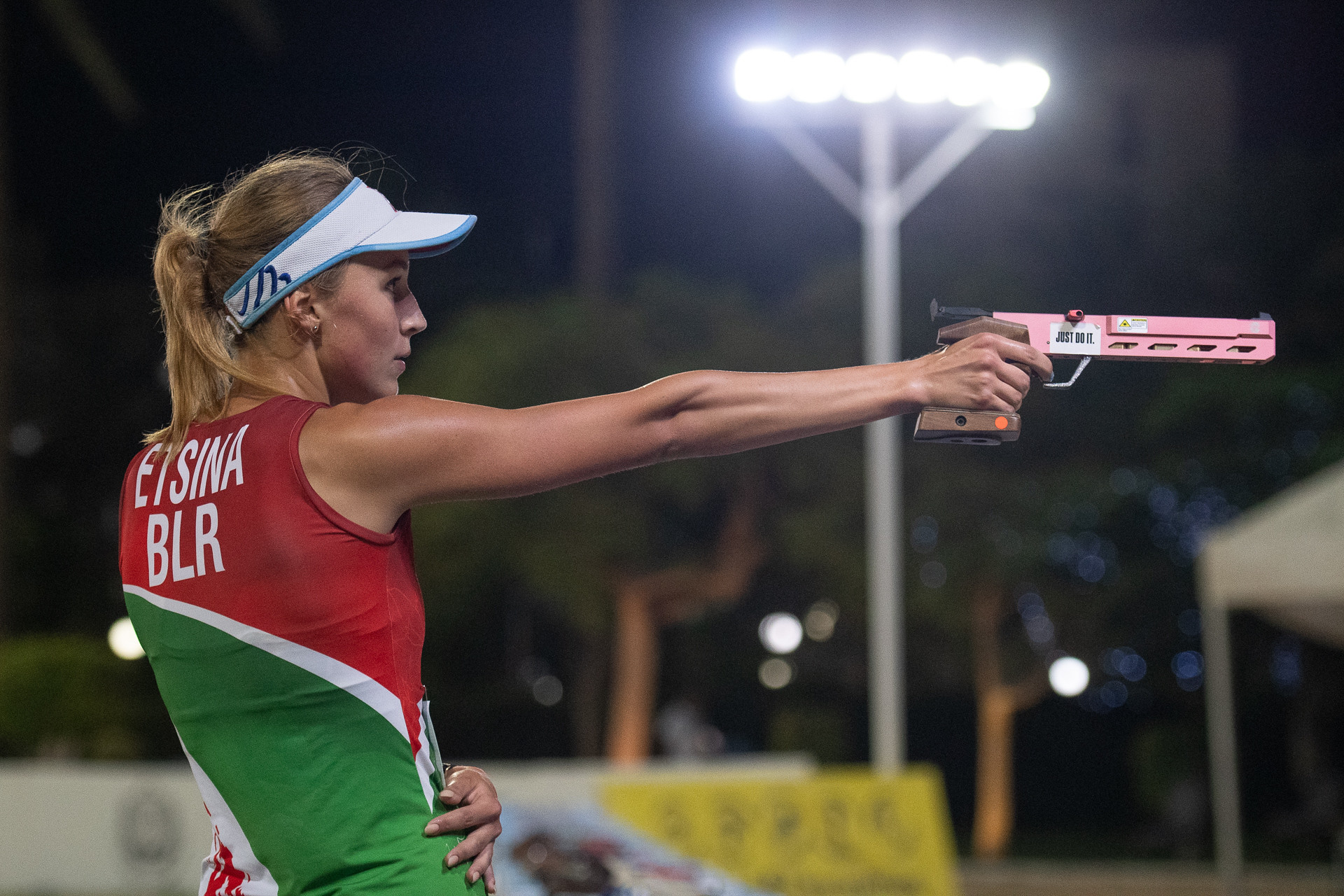 With top-10 performances in all four disciplines, the Belarusians won with a points total of 1,417 - 25 clear of their nearest rivals.

The Guatemalans came from outside the top five entering the final event to claim third place, completing the laser-run in 11min 58.90sec.

Only the French pairing of Mathis Rochat and individual women's champion Rebecca Castaudi were faster - but they were unable to start the riding portion, so finished way down in 19th.

The Hungarian pairing of Rita Erdos and Csaba Bohm came fourth, having been overtaken by Franco and Fernandez.

Competing on home soil, Egypt's Mohanad Shaban and Salma Abdelmaksoud were third entering the laser-run but had to settle for fifth place.

The Belarusians had no such issue, starting and finishing first.

This was the final event of the UIPM Junior World Championships, and Belarus' gold lifts the country to second on the medals table.

Like the hosts, Belarus won three medals - one of each colour.

Hungary, thanks to winning both men's and women's team events, topped the final medals table, with 11 nations winning medals.