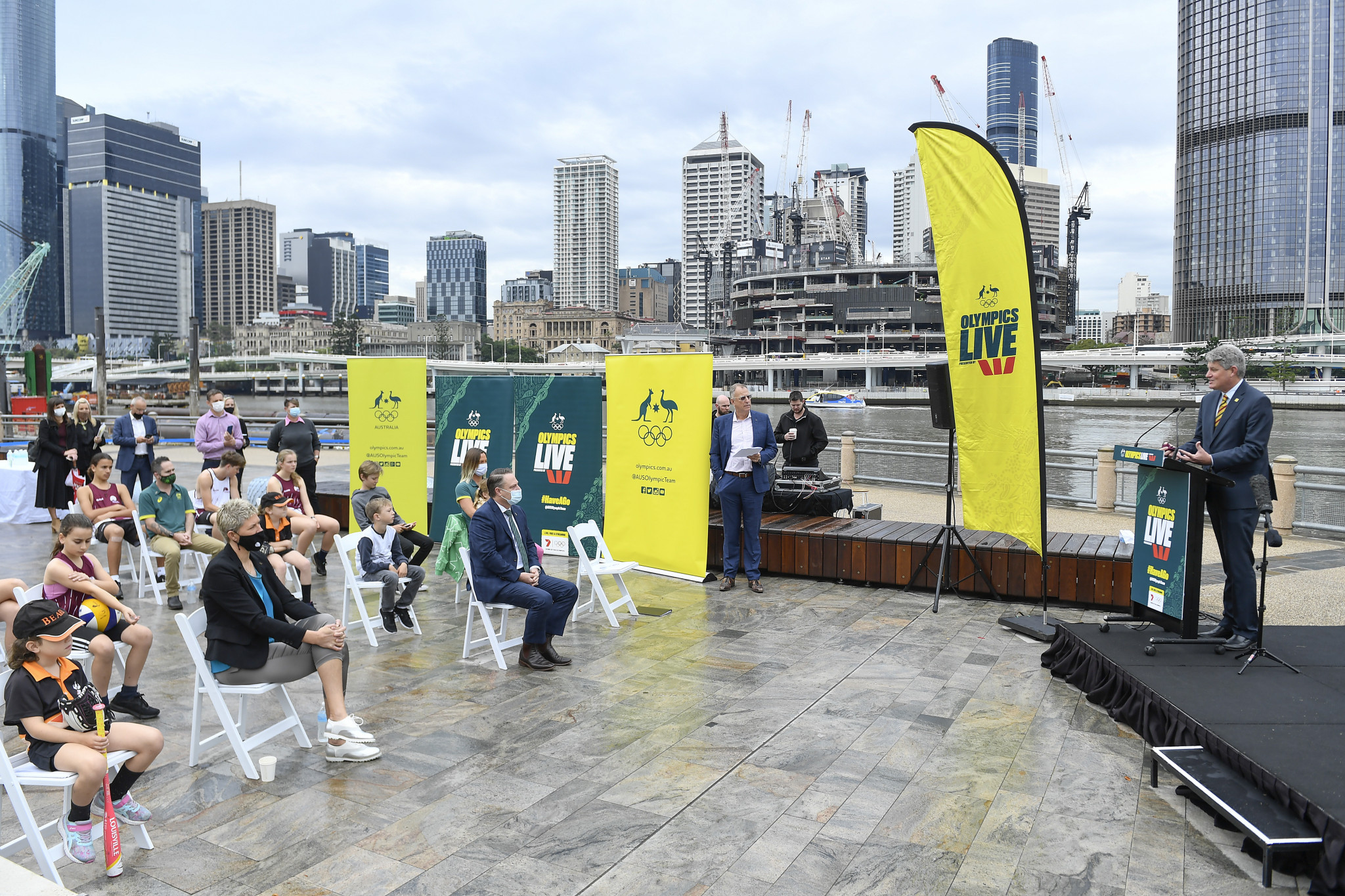 Brisbane will host a free outdoor live site on July 21 on the day the city will be named as the host of the 2032 Summer Olympic and Paralympics, as well as showing coverage of the 2020 Games from Tokyo.

The Queensland Government has confirmed a live site will be in place at Riverside Green in South Bank.

Brisbane is effectively assured of secure the 2032 Games, with a vote by the International Olympic Committee (IOC) membership expected to be a formality at the IOC Session here on Wednesday (July 21).

The IOC Executive Board approved the bid from the city in Queensland last month after insidethegames had revealed exclusively in February that Brisbane was to be granted exclusive "preferred bidder" status.

IOC President Thomas Bach claimed the bid from Brisbane proved "irresistible" for the Future Host Commission and the Executive Board, which recommended it be put forward to the Session.

"The IOC’s vote has the potential to be transformational for Queensland and the Olympic and Paralympic Games," said Annastacia Palaszczuk, Queensland Premier.

"Olympics Live sites at South Bank, the Gold and Sunshine Coasts and in Cairns are where you can share in the spirit of the Games and where Queenslanders can witness the IOC’s potentially historic decision on 21 July, as it happens in Tokyo.

"Economic modelling proves the Olympics has the potential to drive our economic recovery for decades to come.

"We saw with the Commonwealth Games how a major sporting event can deliver years of employment for thousands of Queenslanders.

"An Olympic Games could create jobs across generations in a way that we’ve not experienced in Queensland before.

"There’s never been a more exciting time to be a Queenslander."

The Australian Olympic Committee (AOC) revealed that the event will form part of the organisation’s Olympics Live presented by Westpac series of live events.

The live events are due to run until the end of Olympic Games on August 8.

"The South Bank Olympics Live site is where you can watch the Games action live on the giant screen, ‘Have a Go’ at Olympic sports and see appearances by Australian Olympians," said Stirling Hinchliffe, Queensland’s Sport Minister.

"Our Olympics Live sites are about bringing elite sport to our vast State, it’s about inspiring the Olympians of the future by sharing the triumphs of sport and the spirit of the Olympics Games with Queenslanders.

"When the IOC announces the result of the vote on the location of the 2032 Olympics, it could be a moment of monumental significance for Queensland.

"There’s no better way to celebrate and show our support for Tokyo Olympic Games and Team Australia than here at South Bank or one of the event sites in regional Queensland."

Live sites will also be in operation at both the Sunshine Coast and in Gold Coast, which are due to host sporting events during the 2032 Olympic Games.

Kurrawa Beach will host the Gold Coast site, while the Kings Beach Amphitheatre will be the venue for the Sunshine Coast event.

Cairns, Ipswich, Toowoomba, and Redlands Coast will also have live sites in Queensland, which will begin from Tokyo 2020 Olympic Opening Ceremony on July 23.

A Queensland Regional Tour is planned, with Rockhampton hosting a live site on July 30 and Mackay on August 1.

Townsville will be the location on August 3, before Longreach welcomes a live site on August 5.

A special tour in conjunction with the Royal Australian Air Force has already been confirmed, which will bring Olympics Live to remote, Indigenous communities in Far North Queensland and the Torres Strait.

All live events are subject to the COVID-19 situation.

New South Wales has scrapped its planned live sites due to the ongoing COVID-19 situation.