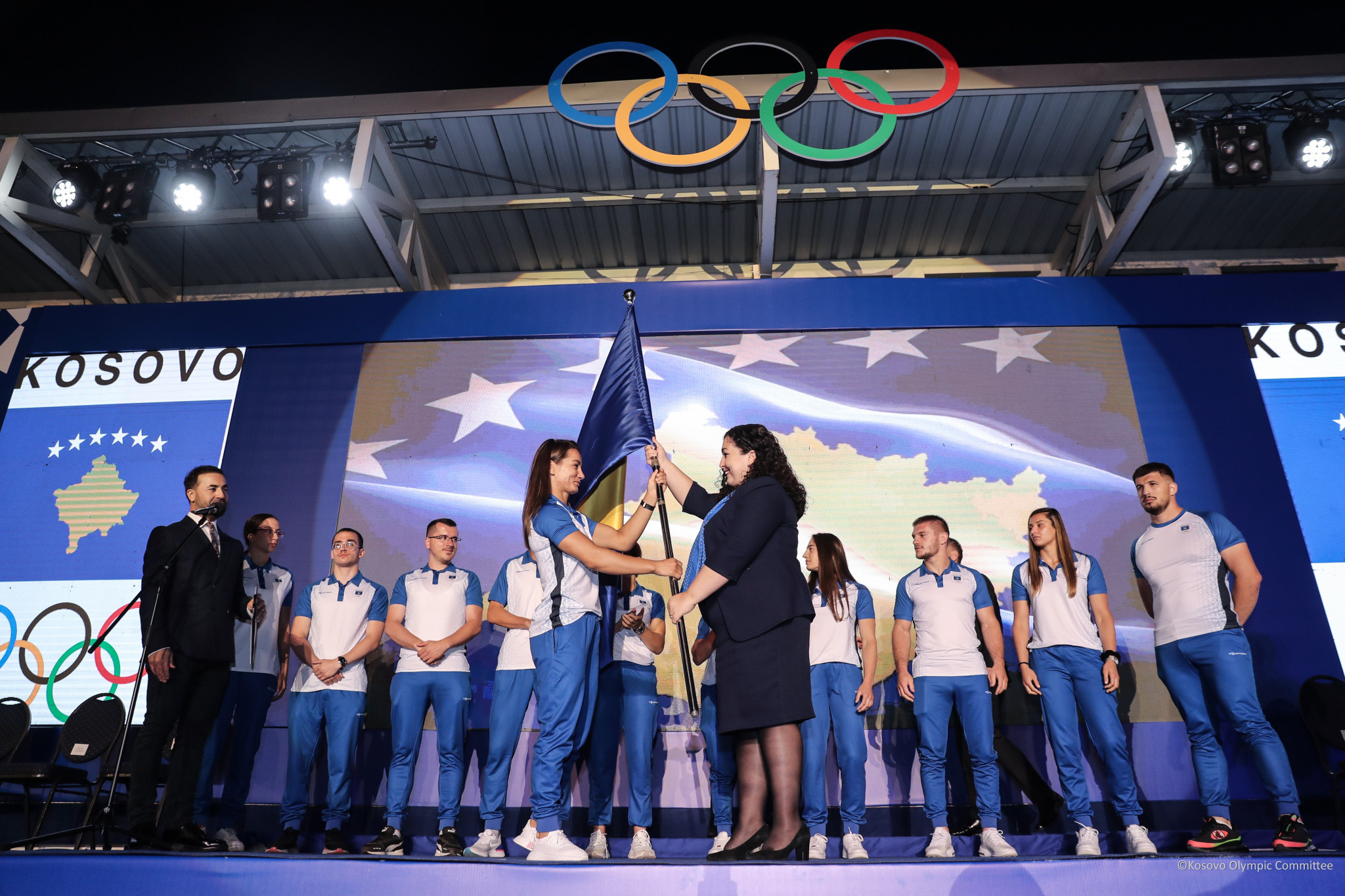 The 30-year-old will defend the historic under-52 kilograms title she won at Rio 2016 when Kosovo made its debut at the Games.

Kelmendi, a double world champion, was largely tipped to win in Rio and duly delivered to make Kosovo's debut appearance a golden one.

She will now carry the country's flag at the Tokyo 2020 Opening Ceremony here on July 23, with the country also having the option of naming a male flagbearer.

Kosovo, which was recognised by the International Olympic Committee in 2014, declared independence from Serbia in 2008.

A leaving ceremony was held at the Gërmia swimming pool in Prishtina and attended by the country's President Vjosa Osmani.

She handed the Kosovo flag to Kelmendi and Prime Minister Albin Kurti provided a video message.

Kosovo's uniform for Tokyo 2020 was unveiled at the event, by the team's sponsor Fourteen.

It features the blue and yellow colours of Kosovo's flag, as well as the "Goddess on the Throne" and the "Runner of Prizren".