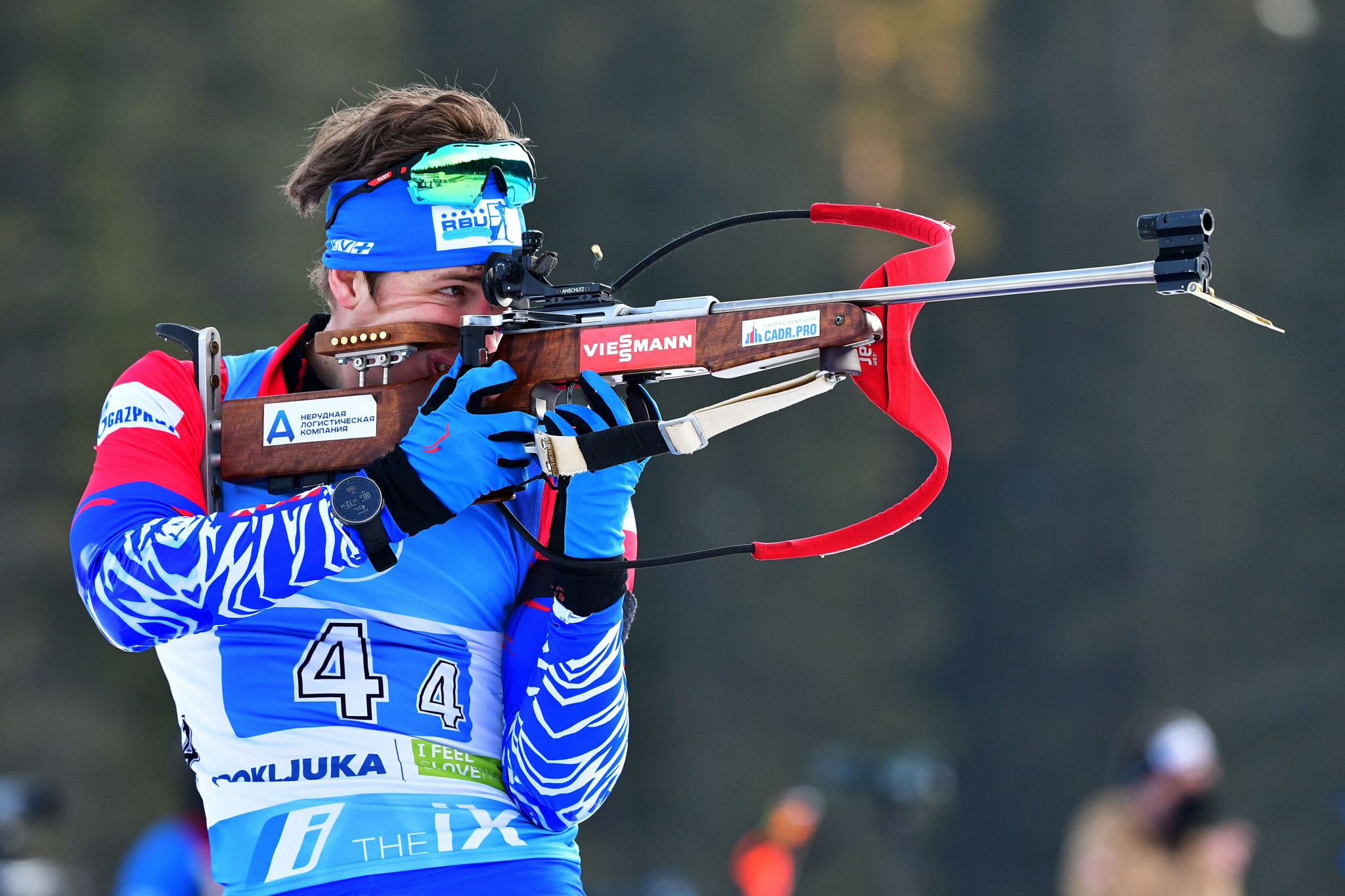 Athletes will be able to wear uniform featuring the colour logo of the Russian Biathlon Union (RBU) at major events after the organisation reached a settlement with the International Biathlon Union (IBU).

The RBU had taken the IBU to the Court of Arbitration for Sport (CAS) earlier this year after claiming the sport's worldwide governing body's implementation of the decision in the state-sponsored doping scandal was excessive.

Under the terms of the punishment handed down by the CAS, which expires in December 2022, Russian athletes can only compete at the Olympic Games and World Championships as neutrals and its flag, anthem and symbols have been banned.

The IBU prevented Russian biathletes at the World Championships in February from competing under the RBU logo, which features the white, blue and red of the Russian flag, and instead they participated in kit with a monochrome version of the emblem.

But they can now use the full colour logo and a Russian song instead of the IBU anthem, which was played to greet victories from the nation at the World Championships.

The decision from the IBU marks a climbdown from the way it implemented the CAS verdict at the World Championships.

The only event to be covered under the updated guidance will be next month's Summer Biathlon World Championships in Nové Město in the Czech Republic.

"I am glad that we managed to defend our position before the start of the Olympic season and return from the impersonal monochrome to the colours of the national flag of Russia," RBU President Viktor Maygurov said, according to Russia's official state news agency TASS.

"At the moment when our athletes are deprived of the opportunity to hear their anthem and see their flag at the main competitions in the world, this can be considered our small victory.

"The friendly support of the Russian Olympic Committee and the Russian Ministry of Sports helped us achieve it, which provided us with full legal, expert and financial assistance to file a claim with the CAS."

insidethegames has contacted the World Anti-Doping Agency, which recommended the initial sanctions before they were watered down by the CAS, for comment.