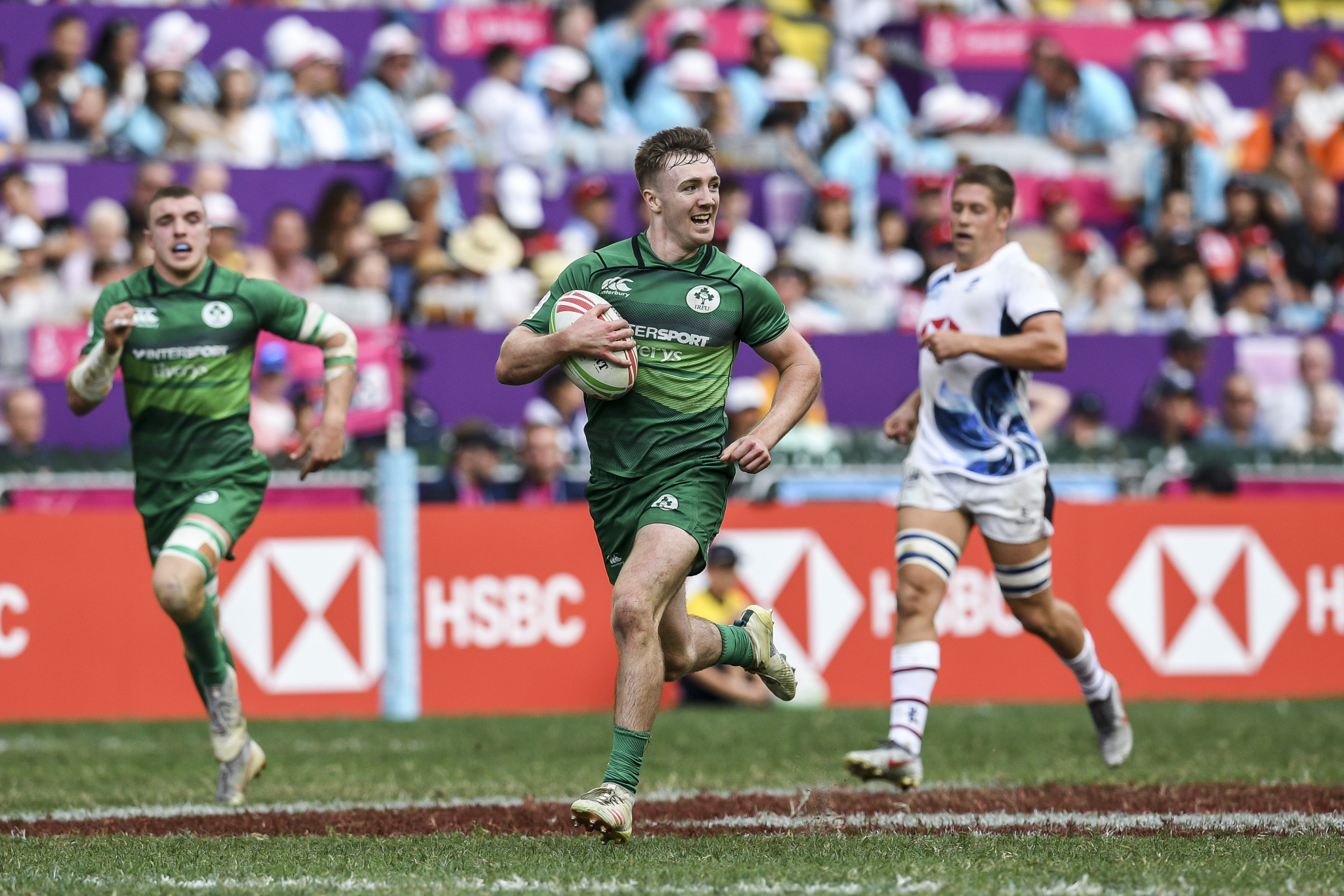 Samoa and Ireland both chalked up three victories at the men's rugby sevens Olympic repechage tournament to boost their hopes of qualifying for Tokyo 2020.

The two nations sit level on points at the top of Pool A and are set to meet tomorrow to decide which side will go through to the semi-finals as top seed in Monaco.

Samoa racked up 23 tries, scoring almost 150 points on a sensational day which started with a 69-5 thrashing of Mexico.

Faafoi Falaniko scored a hat-trick while there were also braces for Steve Onosai and Paul Scanlan.

Samoa then followed up this victory with a 47-5 trouncing of Tonga before sweeping Zimbabwe away with a 33-7 triumph that featured doubles for Falaniko and Vaafauese Apelu Maliko.

Ireland were also in sensational form as they powered to a 31-10 victory over Zimbabwe courtesy of a hat-trick for Terry Kennedy and two tries for Jordan Conroy.

Kennedy added two more scores in a 31-0 win over Mexico before scoring another treble in a 43-0 demolition job against Tonga.

Tonga bounced back with a 21-12 win over Mexico, while Zimbabwe’s solitary victory came against the same opposition yesterday.

While Samoa and Ireland look to set advance to the semi-finals from Pool A, France and Hong Kong are on track to join them as they occupy the top two spots in Pool B after back-to-back wins.

Jordan Conroy has pace to burn, but the @IrishRugby speedster didn't need to get out of second gear this time! ⚡️ ☘️

France hammered Jamaica 40-0 with six different try scorers before defeating Chile 43-7 thanks to braces for Remi Siega and Pierre Mignot.

In the final men’s pool match of the day, Chile ran out 31-5 winners against Jamaica.

France and Hong Kong are due to meet tomorrow, with Uganda withdrawn from Pool B before the tournament following a COVID-19 outbreak.

The top two in each round-robin group will advance to the semi-finals, with one men's Olympic berth on offer.

The women’s Olympic repechage tournament started today, with Russia and Argentina leading the way with two wins on the spin.

Argentina defeated Mexico 36-0 before edging Samoa 15-12, while Russia produced an even better performance.

Russia scored 15 unanswered tries in two matches, winning 32-0 against Samoa and then 55-0 against Mexico.

In Pool B, Tunisia saw off Papua New Guinea 46-5 before losing 12-0 to Kazakhstan.

Hong Kong impressed in Pool C thanks to a 33-10 win over Colombia and a 19-12 success against Madagascar.

France leapfrogged Hong Kong at the top of the group after thumping Madagascar 49-0 before defeating Colombia 47-0.

All of Jamaica's Pool B matches were cancelled after the team did not make the trip to Monaco.

Eight teams will advance to the knockout stage, from which two will emerge as Tokyo 2020 qualifiers.