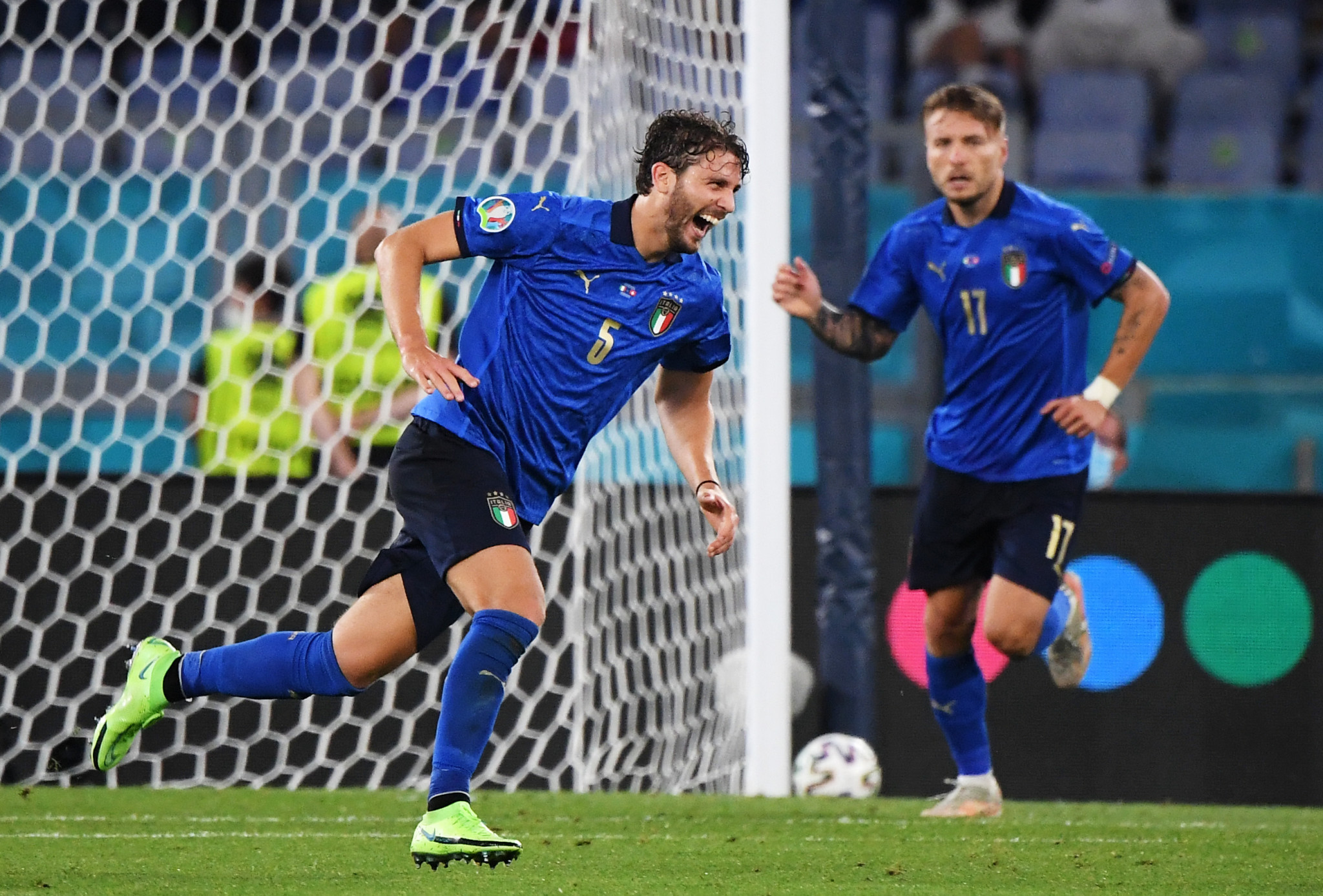 Italy became the first side to reach the last 16 of the UEFA European Championships with another 3-0 win over Switzerland in Group A at the Stadio Olimpico in Rome tonight.

Manuel Locatelli scored two goals - the first time he had ever scored twice in the same match - in the 26th and 52nd minutes before Ciro Immobile rounded off another impressive performance from the Italians.

This was their second consecutive 3-0 victory, having beaten Turkey by the same score in the opening match of Euro 2020 last Friday (June 11), and gives them six points - meaning they are guaranteed to finish at least among the top two in the group.

Italy have now gone 10 matches without conceding a goal.

Wales also put themselves on the brink of qualifying for the next stage of the competition with a 2-0 victory over Turkey at the Olympic Stadium in Baku.

Goals from Aaron Ramsey in the 42nd minute and Connor Roberts in injury time gave Wales a hard-fought victory over a side enjoying huge local support among the official attendance of 19,762 in Azerbaijan’s capital.

The Euro 2016 semi-finalists could even afford a missed penalty from captain Gareth Bale.

The result means that Wales can finish no lower than third in their group and should, at the least, qualify among the best ranked teams that do not finish among the top two.

Earlier, Russia had beaten Finland 1-0 in Group B at the Krestovsky Stadium in Saint Petersburg thanks to a goal at the end of the first-half from Aleksei Miranchuk.

It leaves Russia second in the Group behind Belgium, who had beaten them 3-0 last Sunday (June 13).

Belgium is due to take on Denmark tomorrow at the Parken Stadium in Copenhagen with the home side hoping to bounce back from their 1-0 defeat against Finland in a match overshadowed by the collapse of Christian Eriksen.

It was later confirmed that Eriksen had suffered a cardiac arrest and is now recovering in hospital in the Danish capital.

Eriksen has said that he is fine "under the circumstances".

It has also been announced that Austria's Marko Arnautovic has been banned for one game by UEFA for insulting an opponent.

He had been charged with "insulting another player" during his country’s 3-1 win over North Macedonia at the Arena Națională in Bucharest on Sunday (June 14).

North Macedonia's football federation had asked UEFA to punish Arnautovic for a "nationalist" outburst after his goal in the match.

After scoring, Arnautovic immediately turned to several opposing players and shouted before team-mate David Alaba ran up to him and grabbed his face with his hand to silence him.

Northern Macedona claimed the comments were directed at North Macedonia's Ezgjan Alioski, who is of Albanian origin.

Arnautovic is of Serbian origin.