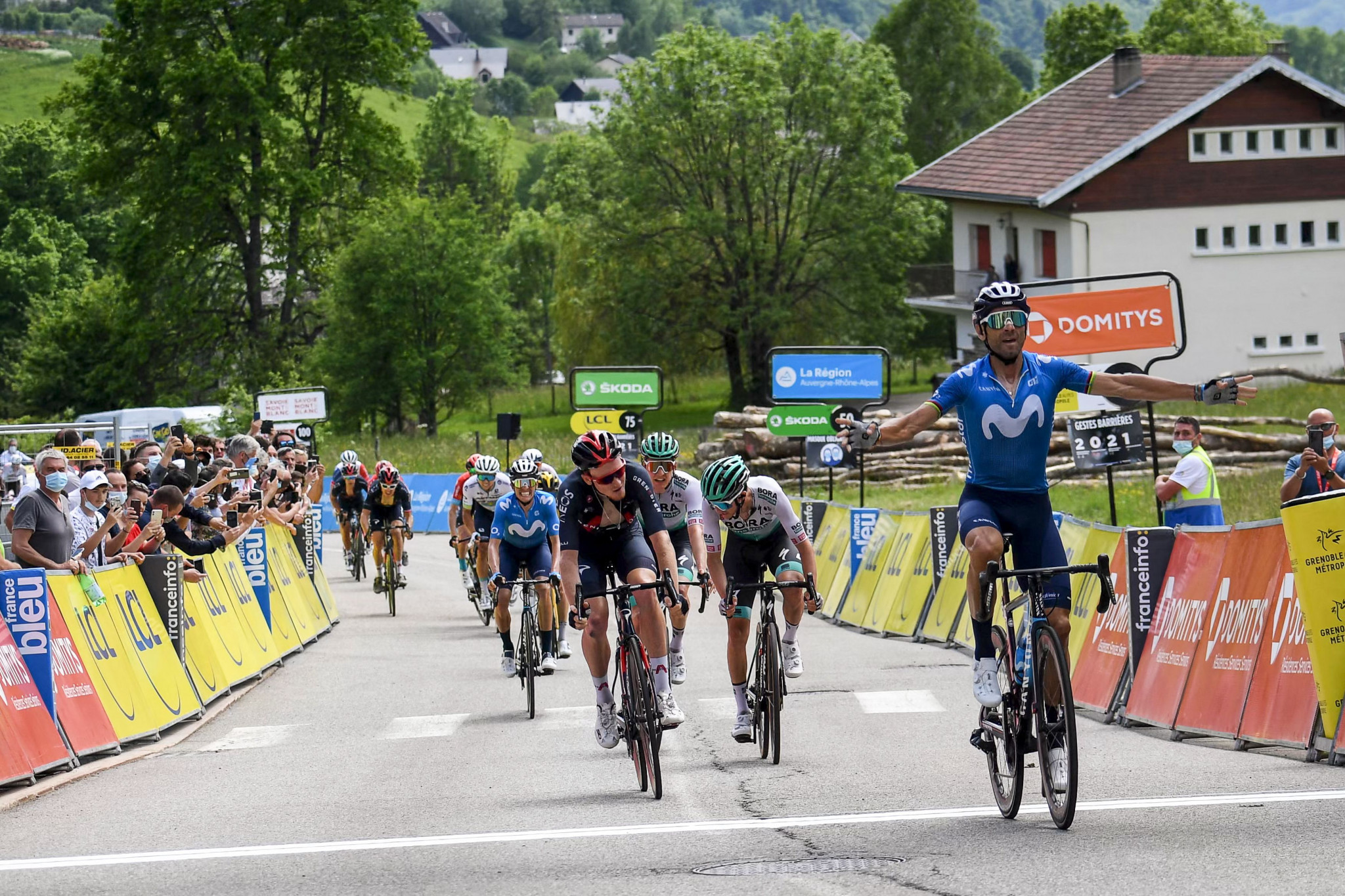 Alejandro Valverde earned victory on stage six of the Critérium du Dauphiné after a late attack in Le Sappey-en-Chartreuse.

The Spanish veteran, now 41, produced a classic late attack on the 167 kilometre stage which took the riders from Loriol-sur-Drôme to Le Sappey-en-Chartreuse.

The general classification contenders remained at the front of the race heading towards the final climb, with the day’s breakaway group having seen their efforts ended in the closing 10 kilometres.

He was unable to hold off Valverde, with the Movistar rider coming through to win the stage in 3 hours 52min 53sec.

Valverde was able to celebrate his third stage at the race in total, with his last coming 13 years’ ago.

The two-time winner of the Criterium du Dauphine was followed across the line by Geoghegan Hart, with the Ineos Grenadiers rider finishing on the same time.

Austria’s Patrick Konrad rounded off the top three on the stage.

Pöstlberger lost contact with the peloton on the tough Col de Porte climb and finished over eight minutes down on the stage.

Kazakhstan’s Alexey Lutsenko was the beneficiary, with the Astana-Premier Tech rider moving into the race lead.

Spain’s Ion Izagirre lies second in the general classification at eight seconds down, with Dutch rider Wilco Kelderman a further four back.

Britain’s Geraint Thomas is 13 seconds off the race lead in fourth, as he hopes to add to his 2018 victory.

Tomorrow will see a 171km mountain stage from Saint-Martin-le-Vinoux to La Plagne.

The race concludes on Sunday (June 6) with a 147km mountain stage from La Léchère-les-Bains to Les Gets.