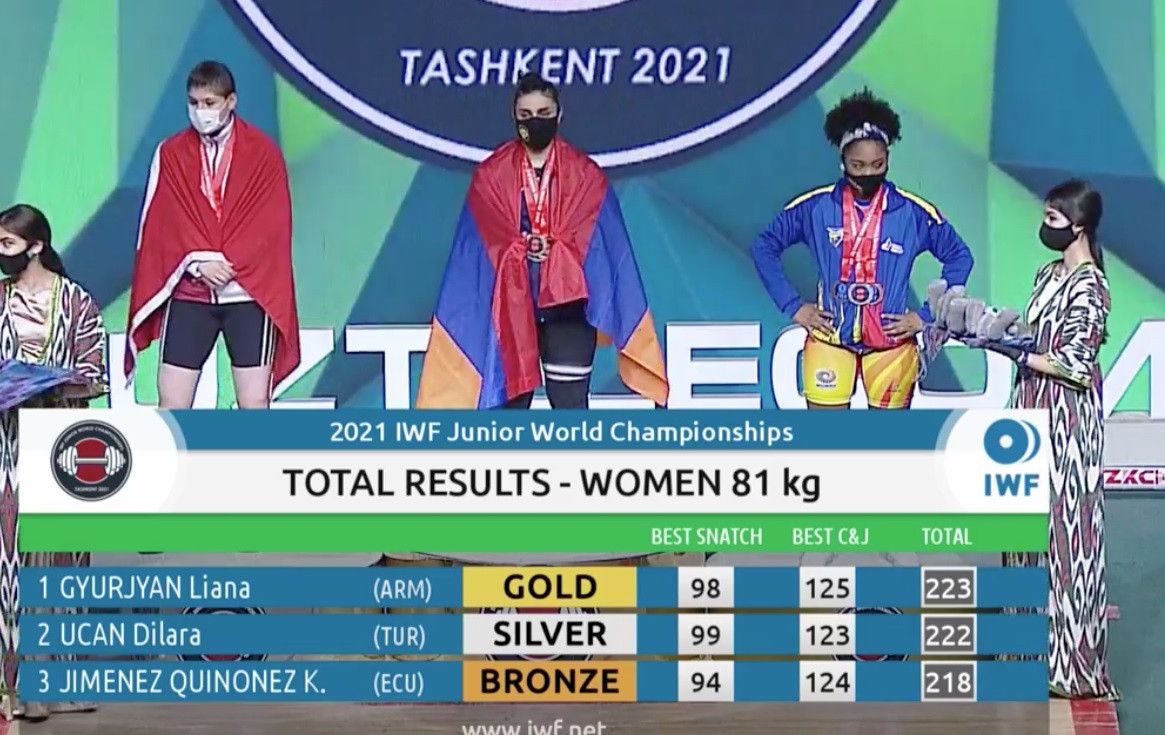 Russia won another silver, taking its tally for the week to an impressive seven medals in total, one more than Turkey with two days to go.

The performance of the day came from Garik Karapetyan, who will not be 17 until next month.

He gained revenge over men who had beaten him in world and continental youth championships as he took the men’s 96 kilograms with 162-193-355.

Karapetyan trailed the 18-year-old Russian Artur Babayan in the snatch but Babayan - who had denied Karapetyan in the 2019 European Youth Championships - failed with his final attempt and was beaten by one kilogram.

The bronze medallist Ilia Moskalenko of Ukraine made 155-194-349, which highlighted just how good the performance of the week was.

It came from Rizki Juniansyah of Indonesia, who made exactly the same numbers, 155-194-349, way down in the 73kg category when he broke world records on the way to victory three days ago.

The action was far less spectacular today but Armenia will not see it that way as they enjoyed a golden double.

They took the women’s 81kg through Liana Gyurjyan, who made 98-125-223 to finish one kilogram ahead of Ucan Dilara of Turkey.

The highlight of day nine is expected to be the performance in the men’s 102kg of the outstanding 17-year-old Kazakhstan lifter Rakhat Bekbolat, who holds world records at youth and junior level.