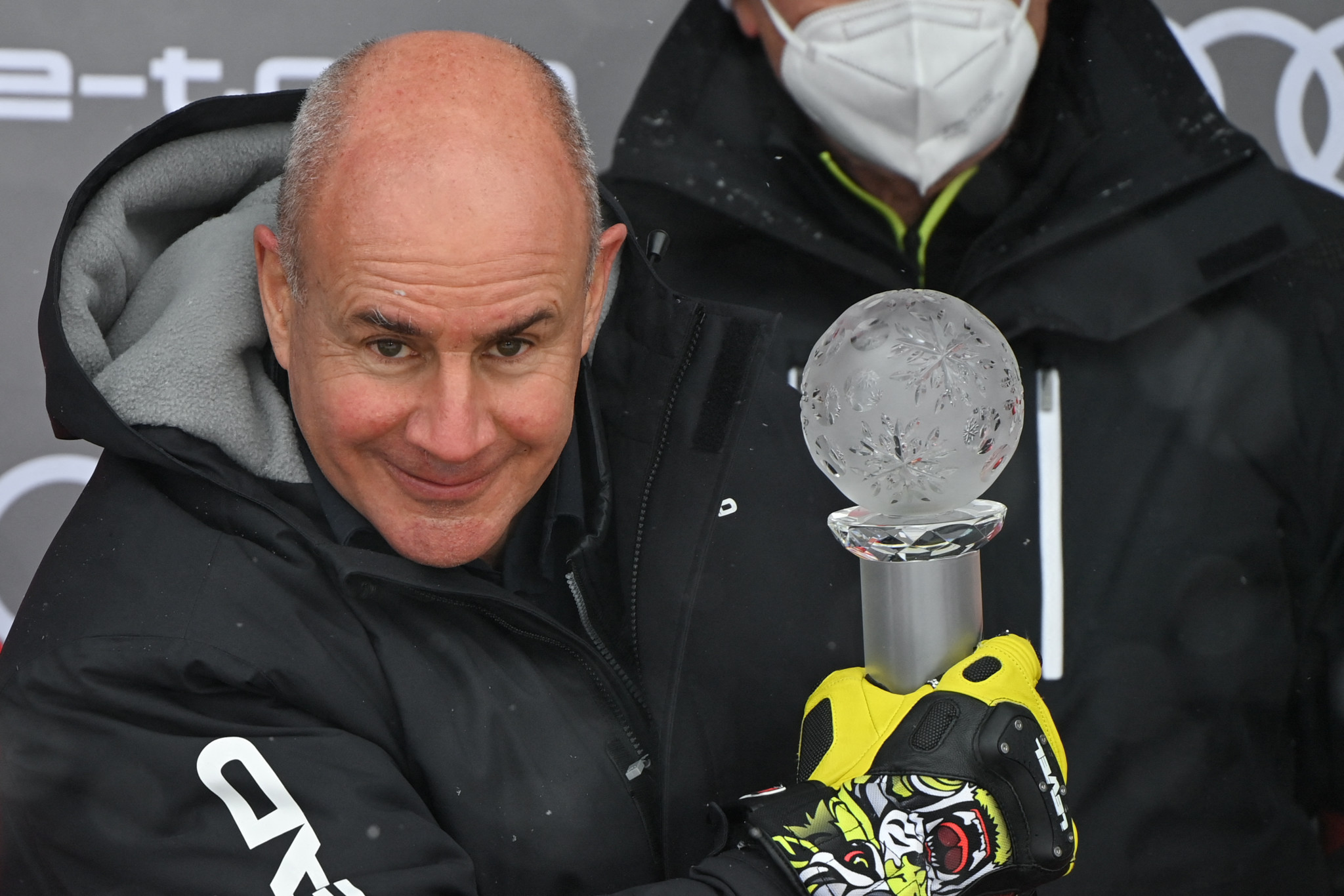 Johan Eliasch has targeted a review of formats and the scheduling of competitions, implementing state of the art media and "breaking down barriers" should he be elected as International Ski Federation (FIS) President.

Eliasch is one of four candidates vying to succeed outgoing FIS President Gian-Franco Kasper, who has led the organisation since 1998, and has also suggested the introduction of term limits.

Switzerland's Urs Lehmann, Sweden's Mats Årjes and Britain's Sarah Lewis are also in the running for the top job.

The Swedish billionaire is the chief executive of sporting goods manufacturer Head and was nominated for the role by GB Snowsport last year.

Eliasch has repeated his pledge not to be remunerated and said he would immediately step down from his role at Head to focus on the FIS position.

The 59-year-old official has a series of high-profile endorsements in his manifesto from inside and outside the skiing world.

American Alpine skiing greats Lindsey Vonn and Ted Ligety are among those quoted as backing Eliasch's campaign, along with fellow Alpine skiers Aksel Lund Svindal of Norway, Alexis Pinturault of France and Hermann Maier of Austria.

Eliasch has stated his aim of building on the "rock solid foundations" left by Kasper at the FIS, and has vowed to deliver "incremental, step by step reform".

He said he had published three documents over the past nine months to generate dialogue with National Snowsport Associations (NSAs).

"During my interactions with many of you, the vast majority favour FIS increasing its investment in our NSAs and seeking to grow recreational and athletic participation globally," Eliasch wrote.

"Across our multiple disciplines and formats, if we optimise our commercial rights, we will create a virtuous circle of funding for new investment opportunities.

"Significant new thinking needs to be applied to how we deal with television rights, streaming rights and social media more broadly.

"All representative organisations strive to improve their governance and transparency.

"As outlined below, we have more reason than many to accelerate our focus on this critical subject, whilst we seek to properly represent all of our wide and diverse membership.

"Levelling the playing field between nations should provide the opportunity for massive growth in participation rates, whether athletic or fan based.

"Finding novel ways of providing greater access for all to training, to coaching development and to competitive equipment will be part of my vision for FIS."

Eliasch has suggested pursuing state of the art media and technology formats used in other sports, and highlighted the use of shows and documentaries to help provide increased coverage of resorts and athletes.

He has advocated allocating greater resources to social media, sports marketing, content production and digital media, as part of efforts to grow coverage.

A formal review of competition formats and schedules has also been proposed to benefit athletes, sponsors, broadcasters and viewers.

Eliasch claims a review could help reduce the number of injuries, increase opportunities for member associations to host events and lead to a greater number of combined men's and women's competitions to attract a wider audience.

The possibility of increasing the number of night events and formats to deliver continuous live media coverage has also been cited as an ambition, along with an investigation into how to boost media and fan coverage to the level experienced by Alpine skiing.

Live streaming of events in developing skiing nations has also been viewed as an area to explore.

Eliasch has vowed to create an advisory forum of experts, featuring officials from sports marketing, media and entertainment, to help guide the organisation.

Governance reforms have also been proposed by the Swede, including introducing term limits to the organisation that has had only four Presidents in its 97-year history.

The development of a strategic plan, which would be annually reviewed, and a review to ensure there are appropriate ways to garner feedback from athletes would also take place.

A further vow is to see the FIS become a "leading voice in the climate change debate", which the official says would be a "natural extension of our role of promoting our sports".

The hopeful said environment and sustainability should be regular agenda items at FIS meetings, with the official citing his commitment to helping combat climate change.

He is the founder of the Rainforest Trust and the co-founder and co-chair of the UK-based Cool Earth, an organisation seeking to protect endangered rainforests in order to combat global warming.

The FIS election is due to take place remotely on June 4 after the governing body decided to hold its Congress virtually because of the coronavirus pandemic.

Eliasch's manifesto can be read in full here.