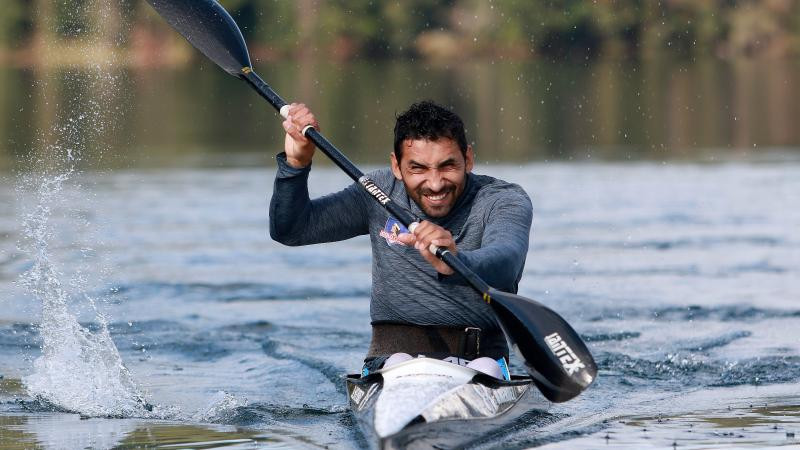 Méndez, 36, changed course shortly after competing in Rio, and the pandemic has lengthened his preparation time by a year - but that extra 12 months has proved highly problematic.

"It’s so strange, because last year we had a lot of problems for training, we had to quarantine and had to stay at home for three months," Méndez said on the International Canoe Federation’s Road to Tokyo podcast.

"I’m in a wheelchair, and I have problems breathing, so I had to stay home for three or four months and train from home.

"What is so difficult is that I have to do my gym training at home, and I don’t have everything I need to train.

"So I have to train with what I have.

"I tried to go to the water every day, but what can I do?"

After switching sports, Méndez moved to Concepción to train with the Chilean Para canoe team.

At the 2019 South American and Pan American Championships in Brazil, he obtained a gold medal in the canoe, and a bronze medal in a kayak.

Now Méndez finds himself back where he was a year ago, preparing for a final shot at reaching the Games by taking part in the Para canoe qualifiers in Szeged, Hungary from May 13 to 15.

While he has had both vaccine shots, he admits he is still feeling nervous about travelling to another country, especially one that is going to be so hard to get to.

"But I’m prepared in my mind.

Méndez was a promising 12-year-old footballer when he found himself caught in the middle of a warehouse dispute; shots were fired, and he took a stray bullet to his back.

His spinal cord was shattered, and he never walked again.

But his Paralympic journey has been long, and he desperately wants to extend it still further.

"I really want to go to my fifth Paralympic Games," he said on the Road to Tokyo podcast.

"When I went home after Rio, it was two or three weeks after, I changed sports, so I’m pretty new at this sport.

"So it would be a dream for me and my country to go to another Paralympic Games.

"I’m very happy with my decision.

"I love sport on the water, I love canoe, I love kayak, and I love my country, so I think any sport where I can represent my country is perfect."