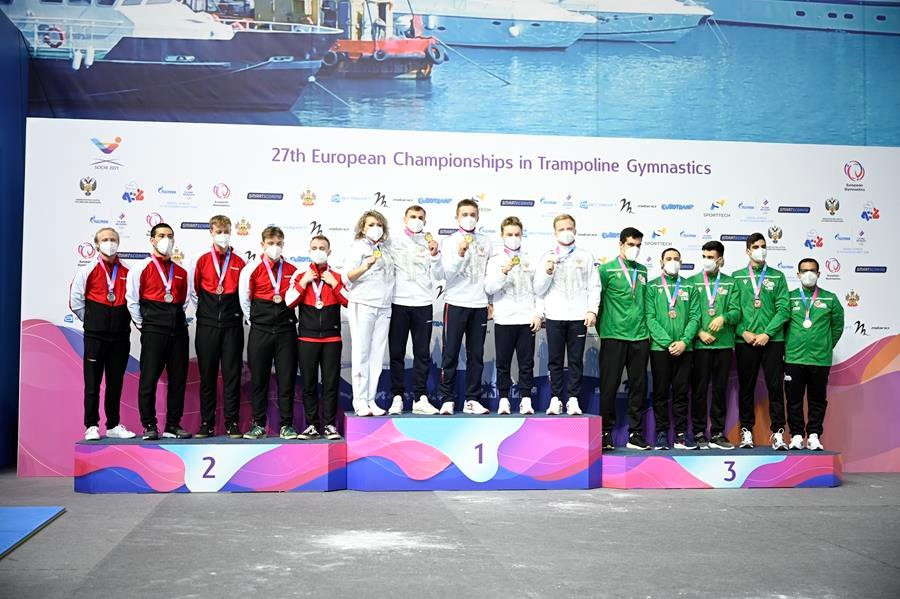 Russia’s first gold came in the men’s team tumbling as they scored 113.800 to secure victory thanks to an impressive performance from their final competitor Aleksandr Lisitsyn.

The silver medal went to Denmark, who started strongly before finishing on 112.100 while the bronze went to Portugal with a score of 101.500.

Russia’s second gold of the day came in the men’s double mini-trampoline, as the favourites for the discipline showed impressive technique to score 115.400 to claim victory.

Russia claimed their third gold of the day’s action at the Iceberg Arena in Sochi in the women’s team trampoline event, as they recovered from an early mistake by European champion Yana Pavlova to score 165.470.

In the women’s team tumbling discipline, victory went to France with a total of 101.100.

Russia did not make the podium in the men’s team trampoline which was won by Belarus with a score of 183.805.

In the tumbling disciplines, Russia were the top qualifiers in both the boys and girls categories.

In the senior trampolining events, Belarus were the top qualifier in the men’s competition while Russia topped qualifying in the women’s event.