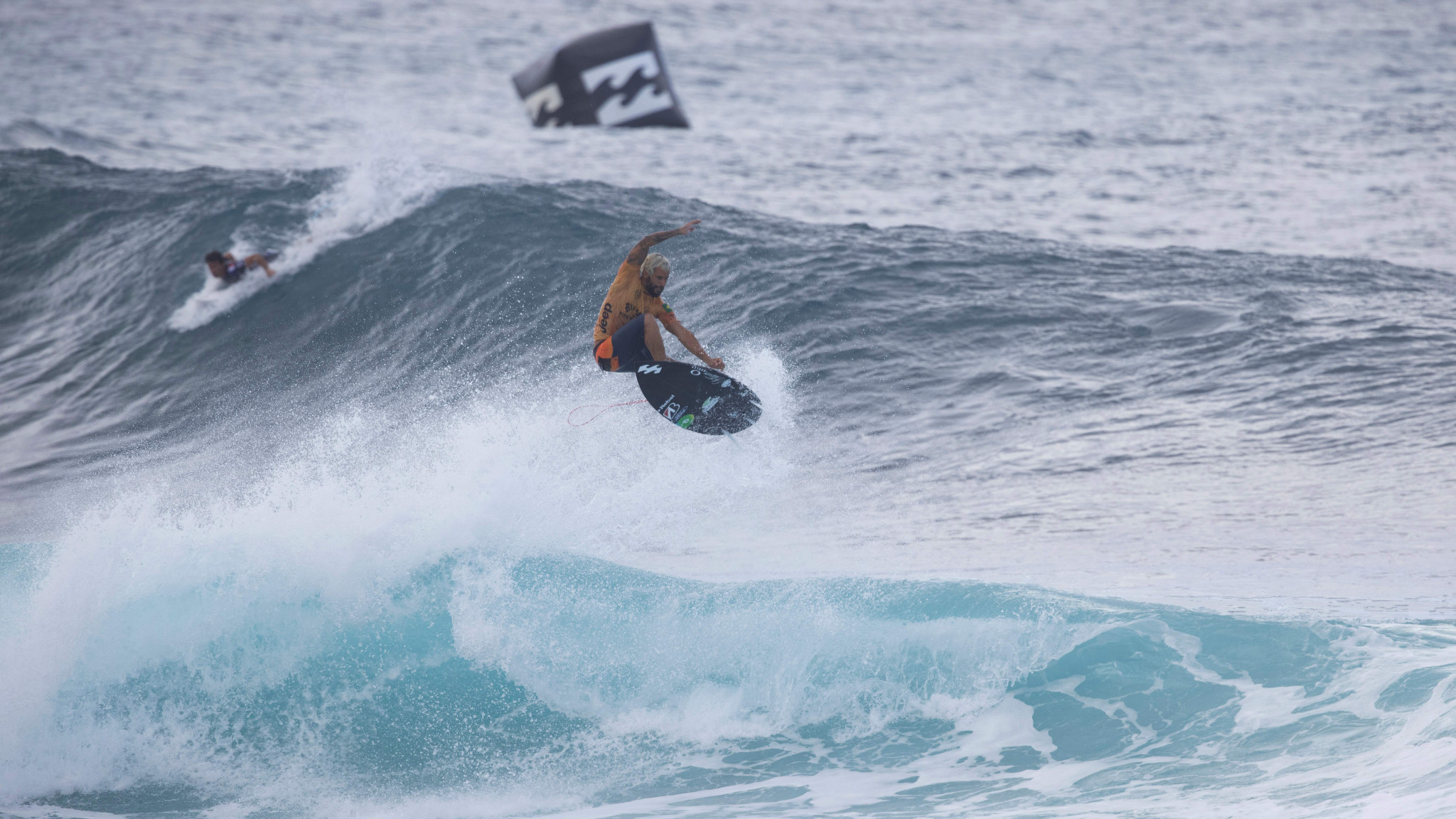 World champion Italo Ferreira of Brazil has been knocked out of the World Surf League (WSL) Championship Tour event in Narrabeen in Australia after a controversial defeat to the United States' Conner Coffin.

On a day with easier to read, smaller, more predictable waves, what was not predictable was Ferreira's early exit from the men's competition.

Coffin's power-turns gave him the win against Ferreira's airs, leading to the Brazilian destroying his surfboard against a beach-side shower, followed by a stomp to split it in half in the athletes' locker room, in anger at the result.

Ferreira had taken the lead, but right on the buzzer, Coffin reclaimed the advantage to win their last-16 tie, with a two-wave score of 11.47 to the Brazilian's 10.67.

"I guess we were perfectly tied, but I didn't know, I didn't hear," said Coffin following his win.

Heading into the competition, Ferreira was also the WSL Championship Tour leader, and won the series in 2019.

Many members of the surfing community claimed on Twitter the Brazilian was "robbed" of the victory.

Another star name to fall in the competition was John John Florence of the US.

The Hawaiian was eliminated at the hands of home favourite Morgan Cibilic, who scored 15.70 to Florence's 11.77.

Cibilic credited the waves breaking from the left as being to his benefit.

Two-time Championship Tour winner Gabriel Medina is considered the favourite with Florence and Ferreira out, and the Brazilian booked his spot in the quarter-finals after a convincing 14.00 score was more than enough to defeat compatriot Caio Ibelli.

World number one Carissa Moore of the US was a comfortable winner in her women's last-16 tie with Brisa Hennessy, winning with a score of 12.96 to the Costa Rican's 8.66.

The Hawaiian employed her tactical mind - letting one of the best waves of the day go unridden to ensure she kept her lead and a spot in the quarter-finals.

Another top seed, Brazil's Tatiana Weston-Webb looked promising after finishing with a score of 14.00 to defeat Australia's Nikki van Dijk's 6.23.

Seven-time world champion Stephanie Gilmore of Australia also moved on, with a score of 13.00 enough to defeat American Sage Erickson's 9.83.

Also through to the quarter-finals are Courtney Conlogue and Caroline Marks of the US, Johanne Defay of France and Australia's Sally Fitzgibbons and Keely Andrew.