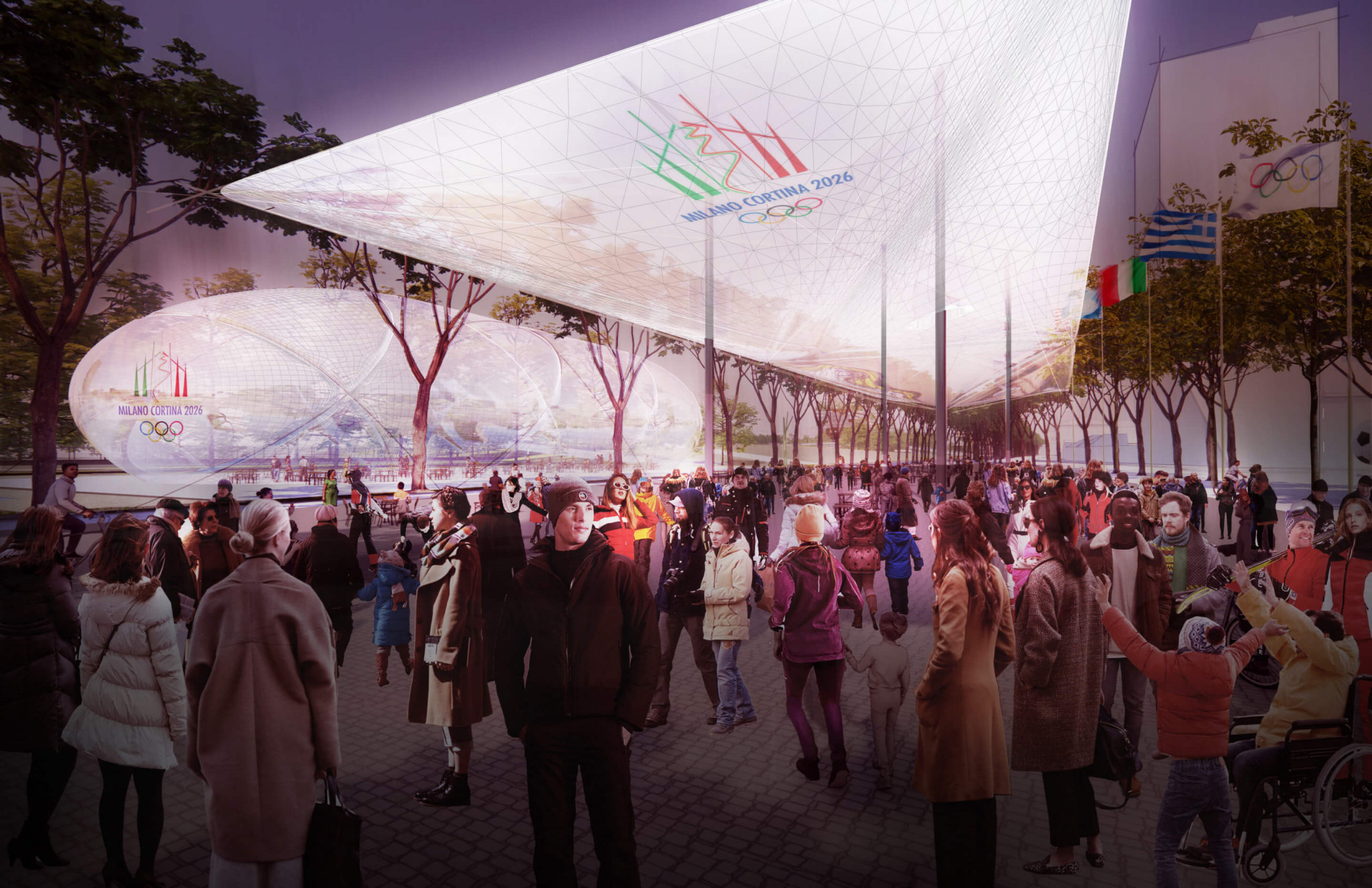 An international team to masterplan the Olympic Village for Milan Cortina 2026 has been announced, with a consortium including London-based PLP Architecture and New York City’s Diller Scofidio + Renfro, Carlo Ratti Associati of Turin and Gross Max of Edinburgh.

Following the Games, the accommodation will be converted into student housing.

The consortium was chosen from 47 applications.

Porta Romana is a large suburban district surrounding a 16th-century city gate in the southern part of Milan.

The Porta Romana railway yard is one of seven underused transport facilities across the Lombardy region that have been earmarked for large-scale regeneration.

“The winning project will offer new opportunities to the entire district and to the city, starting with more greenery and services.”

The large urban park at the heart of the new development will form an accessible biodiverse space, with vast meadow gardens, wet and woodlands as well as two elevated greenways that extend the length of the neighbourhood.

The team of architects designed the elevated-linear greenways that will bridge the remaining active tracks on the site to connect the two parts of the development.

Over the next few months, the project team will meet with local Milanese stakeholders and city officials to refine the plan.

A ground-breaking date has not been announced yet.

The project is backed by Italian developers COIMA and Covivio and luxury fashion brand Prada.

The three companies had bought the site for €180 million (£156 million/$215 million) in November last year.

Across from the residential area, a large public piazza will be built alongside renovated railway repair sheds that will serve as a vast cultural hub for events and public activities.

The eastern side of the neighbourhood will aim to become a new business centre for Milan, through a collection of new offices and retail buildings connected by a series of raised walkways and public plazas.

COIMA founder and chief executive Manfredi Catella sees the regeneration of the area in time for the 2026 Winter Olympic and Paralympic Games as an important step in the city’s recovery from coronavirus.

“After the pandemic, Porta Romana Railway Yard represents an industrial project also symbolic of the Italian relaunch that restarts reconstruction sites that will activate employment and innovation throughout the production chain,” he said.

Milan is due to host the Opening Ceremony of the 2026 Winter Olympics, either at the San Siro or a new stadium planned to be built in its stead.

Ice hockey will be played in the city and skating events held, while a Medal Plaza is to be constructed at Piazza del Duomo.

Other events will be staged in Cortina d'Ampezzo and across the north of Italy.