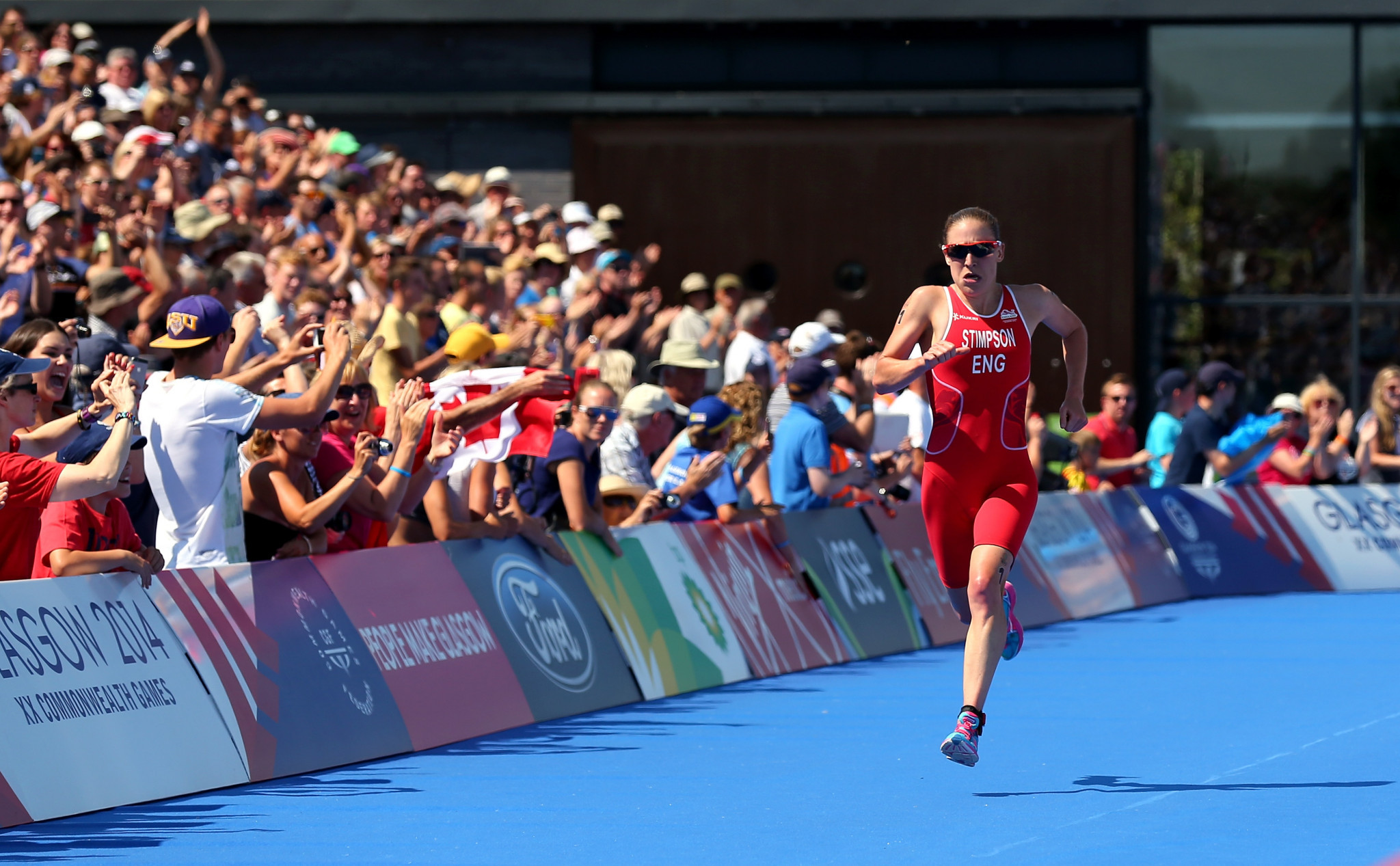 The 32-year-old doubled up at Glasgow 2014 after winning Commonwealth titles in the women's individual event and the mixed relay.

She is now looking forward to her home Games in Birmingham next year, when it is hoped fans will be back in large numbers following the recent restrictions caused by the COVID-19 pandemic.

Stimpson is a native of the West Midlands and believes there will be a warm welcome for England's home athletes.

Her home town of Oldbury is a little over ten miles away from Sutton Park, where the Birmingham 2022 triathlon competitions will take place.

"I think people from the West Midlands, well, we're not quiet folk, so I'm hoping we're even louder than the crowds in Glasgow," Stimpson said in an interview with the Birmingham 2022 website.

"If we can better the atmosphere that was at Glasgow, then everyone will be in for a memorable day.

"What makes a good race is the support the race gets.

"That's what excites me, it's the people getting behind the Games.

"I'd encourage everyone to get involved, whether it be volunteering or just bringing your family down to watch the triathlon.

Stimpson won a team gold medal at the 2011 World Triathlon Championships in Lausanne but could not defend her Commonwealth Games crowns after not being selected for Gold Coast 2018.

Her individual victory in Glasgow was the first gold medal of the Games.

"I think Glasgow was so special not only because it was a Commonwealth Games, but all my family and friends got to come and watch," Stimpson said.

"I'll never forget that moment of crossing the line and embracing my family.

"It was so special because they ride this rollercoaster of highs and lows with me, but they got to be there at the best race of my career.

"I wouldn't be where I am today without my family.

"It was also really special to be wearing a red and white kit to represent England.

"But the actual race - I've never experienced anything like it having so many people there.

"There just wasn't a gap in the crowds of people.

"When I was approaching the finish line, all the crowds started cheering so loudly that I thought I had to do a sprint finish when I didn't even need to.

"I crossed the line and the emotion of overwhelming joy and just seeing the crowds on their feet was epic.

"It was an epic day.

"I don't think I could be more excited for the Commonwealth Games to be coming to my home.

"Birmingham will just embrace it and it'll benefit so much from it."