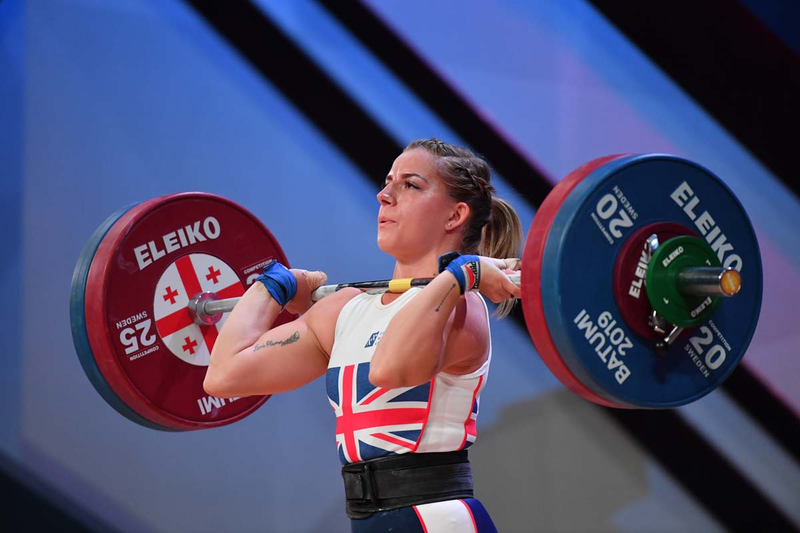 Britain won its first continental weightlifting title since 1995 and a Bulgarian teenager set four world records on day five of the European Championships in Moscow.

Emily Godley took the women's 71 kilograms by a comfortable margin with a total of 227kg, a second great result for Britain in successive days after Sarah Davies finished second in the 64kg on Tuesday.

It was Britain’s first senior continental title since Myrtle Augee won in 1995.

In a sensational finish to the men’s 81kg the Italian winner Antonino Pizzolato and the Bulgarian Karlos Nasar both surpassed the clean and jerk European record.

Because Nasar did it first the record is now his - at the age of 16, eight years younger than Pizzolato and still young enough to compete as a youth for another year.

His final lift, like defending champion Pizzolato’s, was only 1kg below the senior world record of 207kg held by the great Chinese lifter Lu Xiaojun.

Pizzolato was in top form to make all six attempts, one more than Nasar.

The Italian won by 1kg on 370kg, celebrating loudly and pumping the air, having beaten the European record on total by 7kg.

Nasar is labelled "the new star of Bulgarian weightlifting" in his homeland and his name will now be known globally after one of the most remarkable performances by a teenager in years.

His efforts left Bulgaria, for so long a "has-been" in weightlifting after years of glory late last century, top of the medals table as the European Championships passed the halfway mark.

Nasar is from Cherven Bryag, a small town in northern Bulgaria which is not known for producing weightlifters.

His coach Ilian Iliev was apparently never a weightlifter himself, but has clearly worked his magic with Nasar, who was youth world champion in 2019 at 73kg.

Since then he has grown taller, bulkier and has improved his best total by more than 70kg.

Nasar does not feature in Olympic qualifying but he seems sure to do so in the future, and he is likely to be one of the star attractions next month in the Junior World Championships in Uzbekistan.

Pizzolato and Nasar were in a different class to the rest of their rivals.

In the snatch there were far more "no-lifts" than good ones, and three athletes failed to make it to the snatch.

Daniel Godelli, the Albanian bomb-out specialist who ended his chances of qualifying for Tokyo 2020 in phase one when he failed to make a total in the World and European Championships, did it again.

He missed his first two lifts then failed to reappear, raising the possibility of being disciplined.

An Italian was also on the podium in the women’s event.

Godley, 31, was 8kg clear of Alessia Durante of Italy, with Raluca Olaru of Romania third.

Although the women's contest was in a non-Olympic weight category, Godley gave herself a chance of qualifying for Tokyo 2020 in the 76kg category, for which she is eligible.