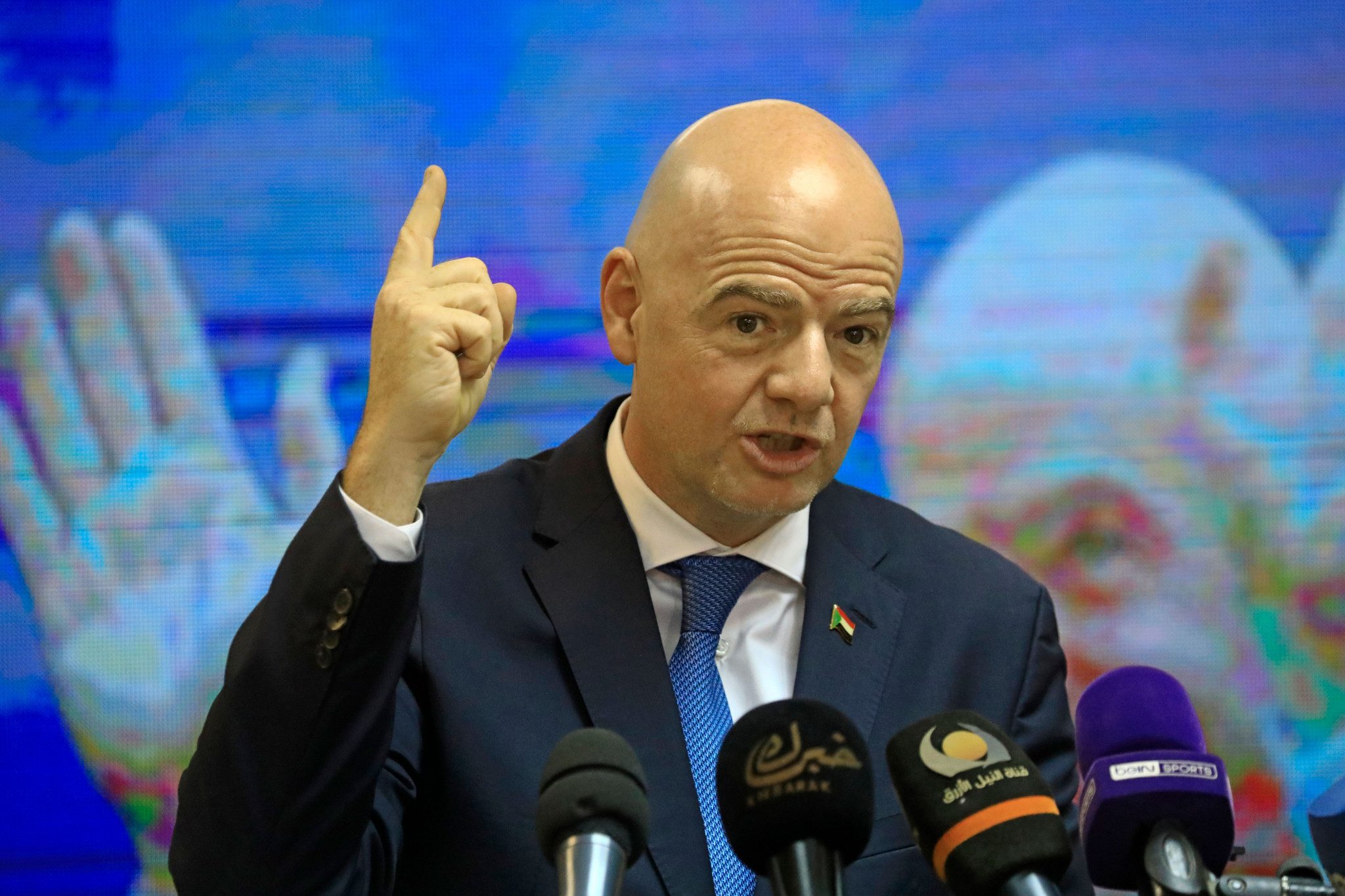 FIFA President Gianni Infantino listed 11 key reforms to "tackle corruption, to bring back accountability in FIFA, in football more generally, and to safeguard the integrity of football and FIFA" when talking to the G20 Anti-Corruption Working Group.

During a video conference summit, Infantino spoke about corruption in sport, including the scandal that led to his predecessor, Sepp Blatter, being removed as President.

The reforms include what Infantino called a "fully transparent" bidding process for the FIFA World Cup, the separation of political and executive powers and term limits and eligibility checks for elected officials.

He also addressed the transparency of finances and compensation, and an audited football development investment fund with accountability.

Further addressed was FIFA's internal and external compliance, overseen by an independent Audit and Compliance Committee.

Infantino stated that judicial bodies are guided by a new FIFA Code of Ethics, that strict tender processes are in place and that women have been promoted in administrative positions within FIFA.

Lastly, he said FIFA has formalised the protection of human rights in the sport.

Qatar's preparations have also been overshadowed after the deaths of a number of migrant workers.

It has been reported that 37 people from India, Pakistan, Bangladesh, Nepal and Sri Lanka had died after working on World Cup projects.

Since 2010, these countries have reported more than 6,500 migrant deaths in Qatar.

As well as reports of forced labour, Qatar has been criticised for its poor human rights records for lesbian, gay, bisexual, transgender and other (LGBT+) people.

Homosexuality is illegal in the country and is punishable by up to seven years in prison.

Muslims who have extramarital sex, regardless of sexuality, can also be punished by death.

Infantino expressed FIFA's desire to establish partnerships with the members of G20, and suggested that football can combat corruption.

"It's crucial that the G20 takes an interest in these matters and gives a clear policy direction because football is much more than just a sport," he said.

"Sport in general is so important for our society, economically and socially, but also in terms of education.

The FIFA boss is being investigated after criminal proceedings were opened against him in July last year over dealings with former Swiss Attorney General, Michael Lauber.

The case centres on undocumented meetings that Lauber and Infantino are alleged to have held in 2016 and 2017.

Infantino, an International Olympic Committee member, has insisted his innocence, claiming the meetings "were in no way secret and most certainly not illegal".

Earlier this month, the Swiss Federal Criminal Court ruled in favour of one of four complaints made by the legal team of Infantino.

Federal special prosecutor Stefan Keller was ruled to be outside of his "competence" when questioning an individual close to Infantino over the President's use of a private jet from Suriname to Switzerland.

The court ruled that the transcript of questioning of the individual be removed from the files.

FIFA's Ethics Commission has already cleared Infantino after opening and then closing an investigation.