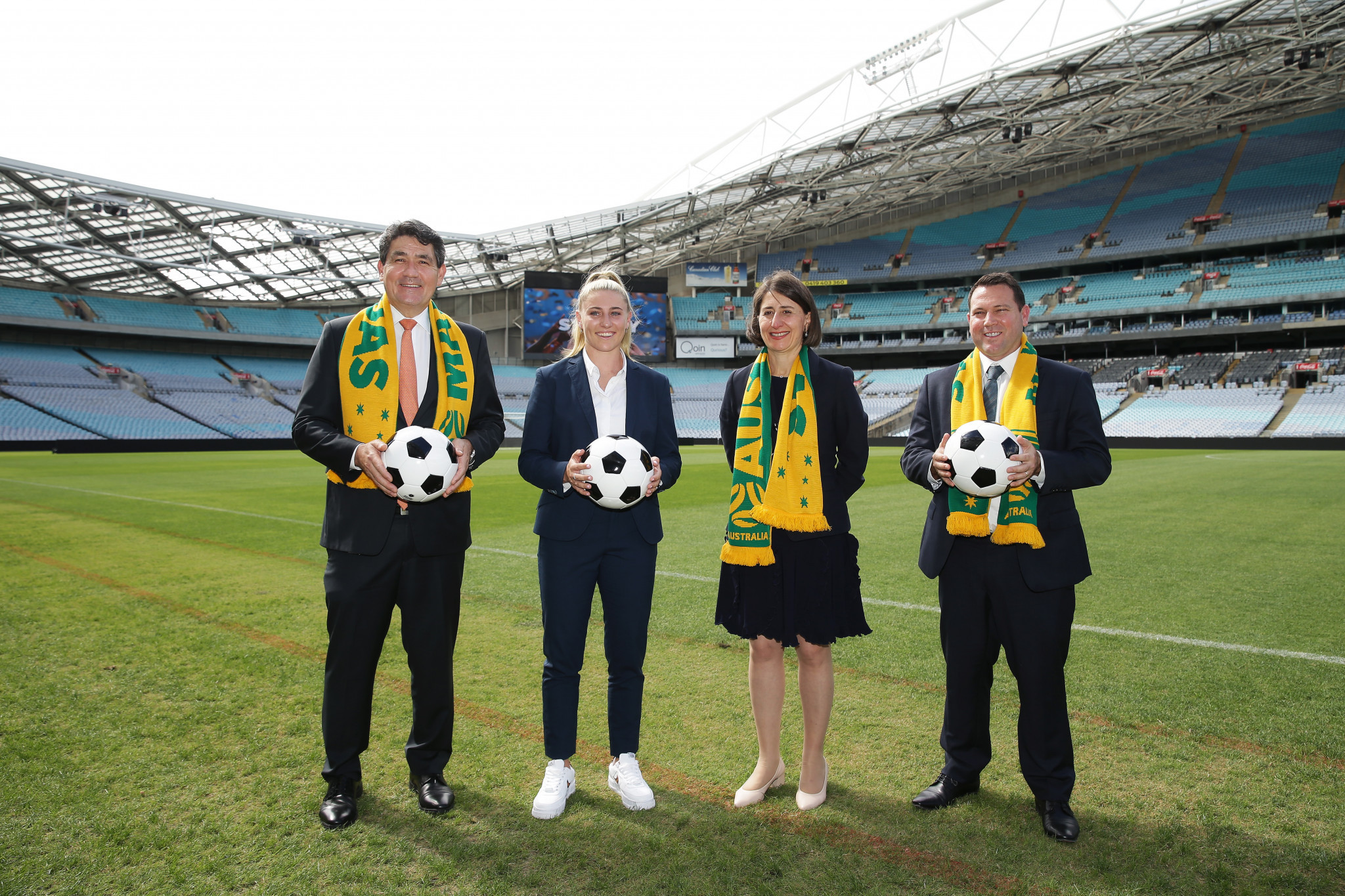 Nine host cities and 10 stadiums have been confirmed for the 2023 FIFA Women's World Cup in Australia and New Zealand.

Eden Park in Auckland in New Zealand has been selected by FIFA to stage the opening match of the tournament on July 10, with Stadium Australia in Sydney chosen to host the final on August 20.

Matches are set to be held in Adelaide, Brisbane, Melbourne, Perth and Sydney in Australia as well as Auckland, Dunedin, Hamilton and Wellington in New Zealand.

Newcastle and Launceston in Australia and Christchurch in New Zealand have missed out.

The 2023 edition will be the largest ever FIFA Women's World Cup with the number of teams increasing from 24 to 32.

No senior World Cup in men's or women's football has been held in Oceania before.

Both Australia and New Zealand are set to host one semi-final each with the full match schedule expected to be announced later this year.

"The appointment of the nine host cities represents a major milestone for the next FIFA Women's World Cup 2023, as well as for players and football fans across Australia, New Zealand and around the world," said FIFA President Gianni Infantino

"Building on the incredible success of France 2019 both on and off the pitch, the FIFA Women's World Cup 2023 and nine host cities across Australia and New Zealand will not only showcase the world's very best players, but will also provide a powerful platform to unite and inspire people, transform lives and create a lasting legacy for women's football in Australia and New Zealand and around the world."

FIFA said the selection of the host cities and stadiums came after an eight-month long process with the two host associations.

This is said to have comprised of a series of workshops with all candidate host cities and stadiums as well as analysis of infrastructure and facilities, training sites and accommodation.

"The FIFA Women's World Cup 2023 will be the biggest sporting event on Australian soil since the Sydney 2000 Olympic Games, showcasing Australia and New Zealand to a global audience of over one billion people," said Football Australia President Chris Nikou.

"Today's announcement of the host cities and match venues for the tournament is a major milestone in the build-up to the next FIFA Women's World Cup - a tournament that will unite nations, inspire generations, and provide our diverse and multicultural game with the perfect platform to grow over the coming years."

Johanna Wood, President of New Zealand Football, added: "It is a privilege to co-host the FIFA Women's World Cup in 2023 with Australia and we look forward to welcoming the world's best athletes and their supporters to Aotearoa New Zealand.

"We have and will continue to work with our partners to deliver the biggest, most exciting and best tournament to date.

"The legacy of FIFA Women's World Cup 2023 starts now and will go on to leave a lasting impression on women's sport across both countries and the wider Asia-Pacific region."

Australia and New Zealand were awarded the hosting rights following a FIFA Council vote in June 2020.

The joint bid received 22 out of a possible 35 votes to defeat Colombia, the only other contender, which obtained 13 votes.