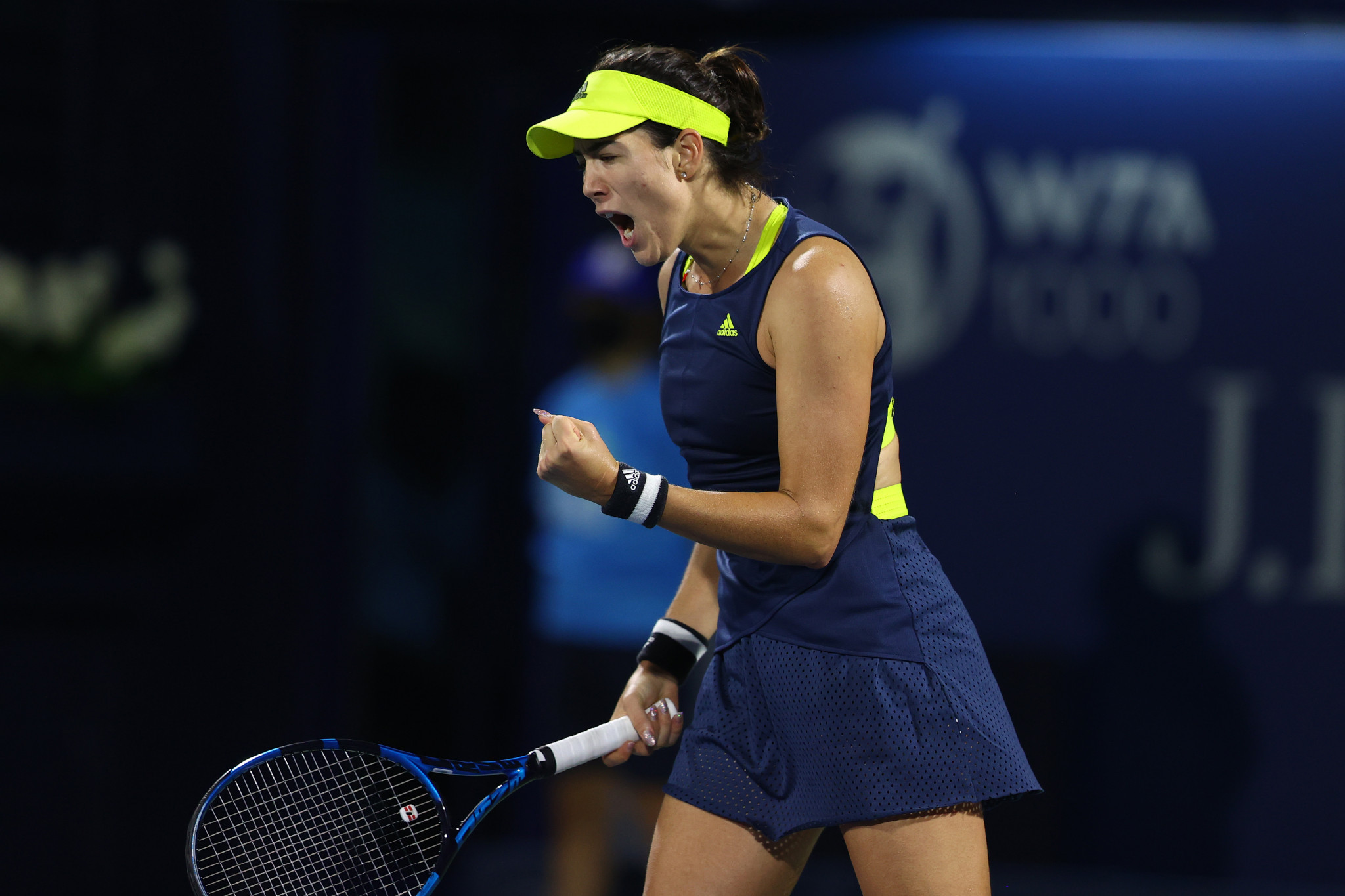 Spain’s Garbine Muguruza and Belgium’s Elise Mertens are the only remaining seeds at the Women’s Tennis Association (WTA) 1000 Dubai Tennis Championships after another unpredictable day of action at the Dubai Duty Free Tennis Stadium.

Muguruza, the ninth seed, came from a set down to knock out third seed Aryna Sabalenka of Belarus 3-6 6-3 6-2, winning five straight games in the decider as she completed her victory in impressive fashion.

Tenth seed Elise Mertens of Belgium also progressed to the last four the hard way as she took on American Jessica Pegula, the world number 36, who dropped just two games yesterday on her way to defeating the tournament second seed Karolina Pliskova of the Czech Republic.

Pegula looked to be continuing the momentum from the previous day as she took the first set 7-5, but after Pegula was broken to love serving for victory and later failed to convert three match points on her opponent’s serve, the Belgian won set two by the same score.

The second set appeared to break Pegula’s spirit, and Mertens took full advantage ruthlessly racing through the decider which she took 6-0.

Fellow wildcard 16-year-old Cori Gauff of the United States was also knocked out today, as she was defeated 6-3 6-3 by Switzerland’s Jil Teichmann.

The way the draw has unfolded guarantees a seeded player versus an unseeded one in the final, with tomorrow's singles semi-finals pitting Muguruza against Mertens and Krejcikova against Teichmann.

Seeds tumbled in the doubles tournament in the United Arab Emirates, which also reached the quarter-final stage today.

Fifth seeds Timea Babos of Hungary and Veronika Kudermetova of Russia are the highest remaining in the draw, after knocking out second seeds Krejcikova, a singles winner today, and her compatriot Katerina Siniakova 6-3 7-5.