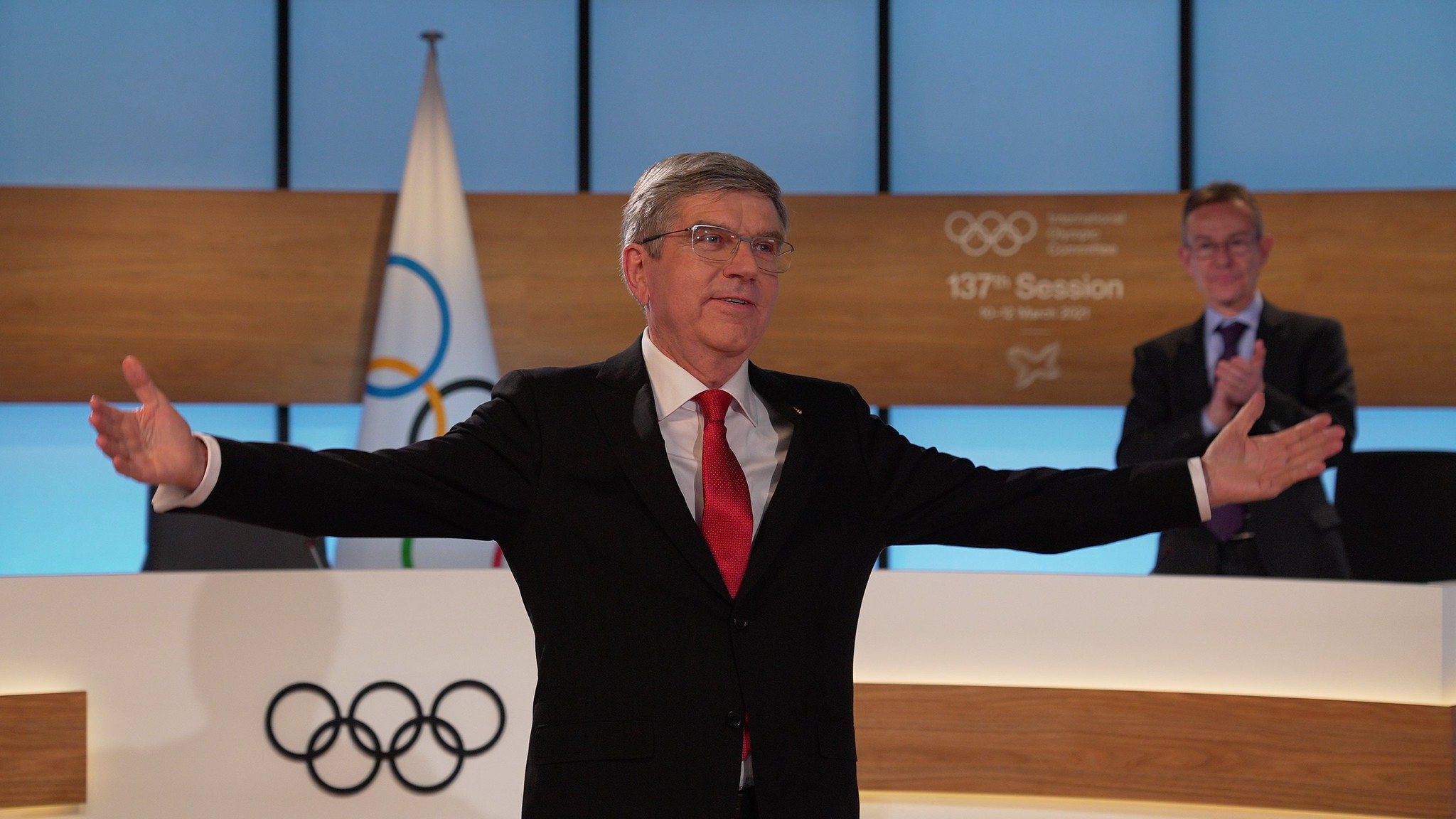 International Olympic Committee President Thomas Bach thanked his fellow members for re-electing him as President for another four years by calling for an addition to the motto adopted by the Olympic Movement in its early days.

"We learnt during this coronavirus crisis the hard way that we can live up to our Olympic slogan Faster, Higher, Stronger in sport and in life, only if we are working together in solidarity.

"I would today like to inspire a discussion whether we should not complement this by adding after a hyphen, the word 'Together.'"

Bach then translated the motto into French, German and also used the Latin phrase which had originally been used when the motto was adopted in the late 19th century by Baron Pierre de Coubertin, the founder of the modern Olympic Movement.

"This could be from my point of view a strong commitment, to our core value of solidarity and an appropriate and a humble adaption to the challenges of this new world," he said.

"We need more solidarity within societies and among societies and this became obvious at the very beginning of the coronavirus when you could see that the social gap was widening.

"The world is so interdependent that nobody can solve the real big challenges alone anymore.

"I made this proposal to express this need of solidarity to become faster, to be able to aim higher, to become stronger, for this we need to be together, it means we need solidarity."

The original motto had been inspired by the words of Dominican priest Father Henri Didon, a friend and mentor described by Coubertin as "a great apostle with his manly energy."

Didon spoke in Latin to encourage his pupils at the prize giving for a schools athletics meeting in Arcueil.

"Athletic records had found their glorification in the classic style.

"Their essential characteristics were summed up in three succinct words," Coubertin said.

Bach revealed that after his re-election as President, he had visited the garden of Olympic House where a statue of Coubertin looks out across Lake Geneva.

"I went to the garden of Olympic House and checked with Pierre de Coubertin whether he would agree with this amendment, and I can tell you he was smiling at me in the garden so I feel encouraged by our founder," he said.