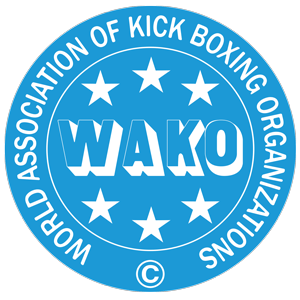 The World Association of Kickboxing Organisations (WAKO) has confirmed it will move its World Championships from Russia amid sanctions imposed by the World Anti-Doping Agency (WADA) on the country.

Under the terms of the range of punishments imposed on Russia by WADA and partially upheld by the Court of Arbitration for Sport (CAS), the country cannot host major events for the two-year period in which they apply.

The ruling tells International Federations to strip Russia of major events due to be held in the nation until December 2022 "unless it is legally or practically impossible to do so".

WAKO had planned to stage its World Senior and Masters Championships in Moscow this year.

Competition was scheduled to take place from November 5 to 14.

"WAKO, as signatory of the WADA and regulations, has decided to exercise the right of withdrawal from the contract with the Russian Kickboxing Federation regarding the organisation of the World Championships scheduled to be held on November 5-14, 2021, in Moscow, Russia, due to the decision of the CAS in favor of WADA to declare the Russian Anti-Doping Agency (RUSADA) non-compliant with the World Anti-Doping Code for a period of two years," a WAKO statement read.

WAKO said a new venue and host will be announced later this month.

This will follow the completion of a new bidding process, review and WAKO Board approval.

Russia has already lost the hosting rights for the 2022 World Wrestling Championships following the CAS verdict.

United World Wrestling instead awarded Russia its flagship event in 2023, which falls outside the sanction period.

Russia is also due to host the FIFA Beach Soccer World Cup this year, and World Championships in shooting and volleyball in 2022.

The International Federation of Sport Climbing (IFSC) announced earlier this month that its World Championships this year would remain in Moscow.

The organisation claimed it was "both legally and practically impossible to find a different solution".

The IFSC could potentially face sanctions from WADA.

Failure to adhere to the ruling could see WADA, which defines "major events" as World Championships or the Olympic Games, trigger a non-compliance procedure.

Exclusion of the sport from the Olympic Games is the most severe punishment available to the global watchdog for non-compliance with the Code.