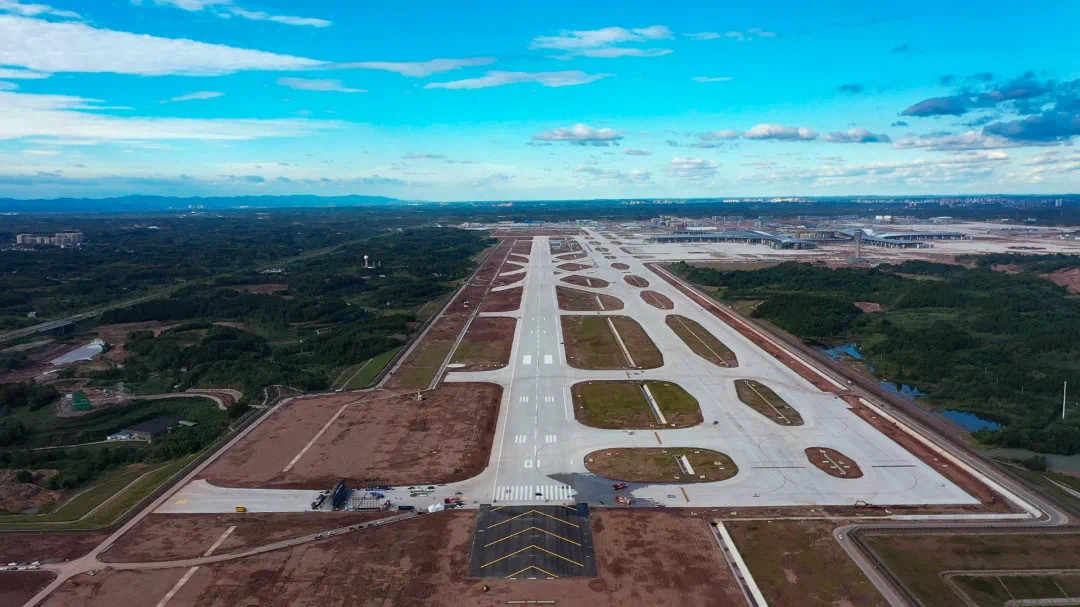 Tianfu International Airport in Chengdu has started test flights prior its opening, as infrastructure continues to reach completion in the build-up to the International University Sports Federation (FISU) Chengdu 2021 Summer World University Games.

Chinese carriers have been testing the runway as the airport gets ready to open in the first half of this year.

Some of the aircrafts that are part of the testing include the Air China Boeing 747-8, China Eastern Boeing 777-300ER and the China Southern Airbus A380 models.

When it opens, Chengdu will become the third Chinese city to have two international airports after Beijing and Shanghai.

On January 22, the Sichuan Airlines Chengdu 2021-themed plane was the first to land at the airport.

Today, CEAir’s CIIE-themed airplane landed at Chengdu Tianfu International airport to verify the new landmark. Every passenger on the flight got souvenir boarding pass and witnessed the the beautiful city with double airports. #MUNews pic.twitter.com/SspO2MhYDB

Air China is looking to increase its capacity in Chengdu by 2025, with over 150 aircraft being added to the city.

The airline has already invested $941 million (£687 million/€778 million) in the hub, according to the Global Times.

The airport is located approximately 50 kilometres southeast of Chengdu.

China Eastern has also said it is planning to relocate its entire Chengdu operation from the existing Shangliu Airport to Tianfu.

Chengdu 2021 is currently scheduled to take place from August 18 to 29.

There are 15 sports listed on the Chengdu 2021 programme.

It will be the third time in 20 years that China stages the event, after Universiades in Shenzhen in 2011 and Beijing in 2001.