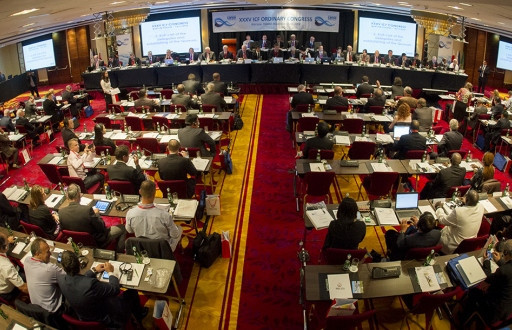 The International Canoe Federation (ICF) Congress has been further postponed until October in the hope that more delegates will be able to attend in-person.

Manila in the Philippines was originally set to host the ICF Congress in November this year, before it was delayed to April because of the COVID-19 pandemic.

The ICF Board has now decided to push the Congress further back to avoid holding the meeting virtually.

It has also been moved to Pattaya in Thailand.

A final decision on the exact dates in October will be made next month.

The postponement means a further extension to José Perurena's time as ICF President.

Spain's Perurena, a former International Olympic Committee member, had been due to step down after 12 years at the helm of the ICF at this year's Congress.

The German is the only official to have publicly declared his intention to stand for the position so far.

Perurena, who has recovered after contracting COVID-19 in April, is among a number of officials in the Olympic Movement to have been granted an extension to their Presidential term due to the global health crisis.