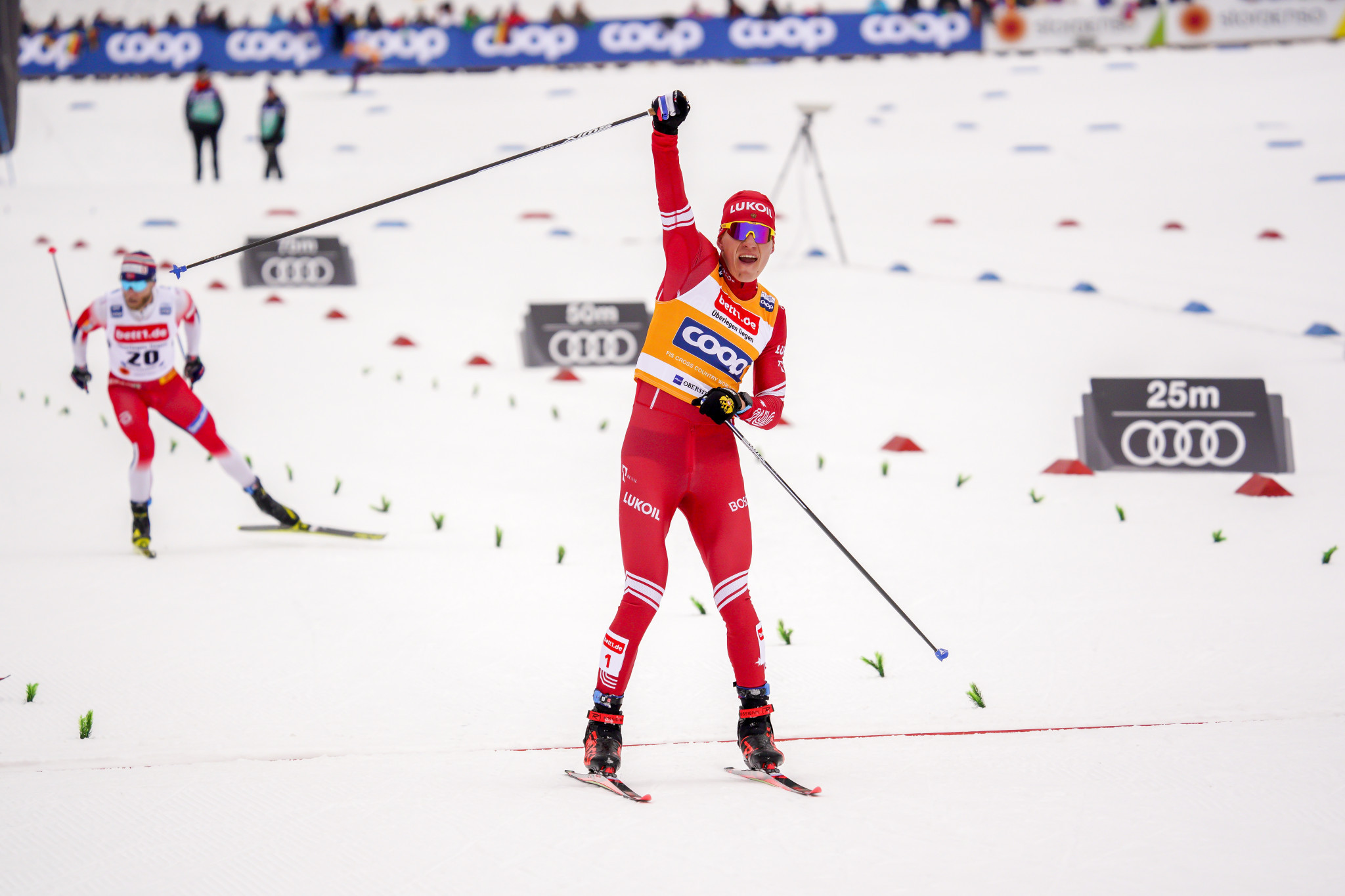 Finishing in a time of 32min 46.4sec, Bolshunov claimed his first World Cup win of the season.

The Russian also ends the weekend as the new overall leader after finishing second behind Federico Pellegrino in yesterday’s sprint competition.

Andrey Melnichenko was the nearest challenger to Bolshunov as he clinched silver in 33:18.6.

Bronze went to Artem Maltsev, who secured his first podium of the campaign with a time of 33:25.9.

Brennan followed up her success in yesterday’s sprint with victory in the women’s 10km race.

The back-to-back victories have also seen Brennan move to the top of the overall standings.

Therese Johaug and Johannes Høsflot Klæbo were previously leading the way, but the Norwegian team’s absence due to fears over the coronavirus pandemic opened the door for Brennan and Bolshunov in Switzerland.

Finland and Sweden have joined Norway in not sending a team to any more FIS Cross-Country World Cup events in 2020.

Brennan holds the lead on 377 points ahead of Russian Tatiana Sorina, while Johaug drops to third.

Klæbo has slipped second, with Bolshunov replacing him at the top on 437 while Emil Iversen of Norway is third in the overall standings.

The World Cup is set to resume in German city Dresden next weekend with sprint and team sprint races scheduled on December 19 and 20.