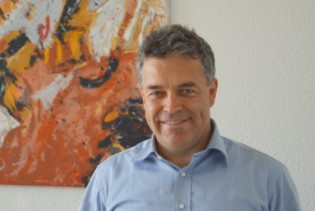 The International Boxing Association (AIBA) Election Committee has called on the International Olympic Committee (IOC) to "formally share its concerns" regarding some of the candidates standing for President with the panel overseeing the vote.

In a statement last week, the IOC said it would "take into consideration the concerns which have been raised against some of the candidates for the AIBA Presidency and their potential impact on recognition".

The IOC did not directly name any of the seven officials running for President in the December 12 election.

AIBA Election Committee chairman Bernard Welten said the IOC should relay the issues it mentioned in its statement to the group so it can "look into these allegations and to take the necessary actions and decisions".

Welten also claimed the Committee would "ensure the Presidential election is fair and democratic, with the best candidate chosen by all our National Federations".

insidethegames has revealed there has been allegations of election and ethics rule breaches made against Moustahsane and Solano in the lead-up to the vote, set to take place on the first day of AIBA's Extraordinary Congress next month.

Moustahsane - who took over after Rakhimov stepped down amid allegations he was involved in heroin trafficking, which he denies - was also named in the damning IOC Inquiry Committee report used as the basis to suspend AIBA as the Olympic governing body for the sport in June 2019.

The Moroccan was chairman of the Draw Commission for the boxing tournament at Rio 2016, with the Games marred by a corruption scandal which prompted AIBA to suspend all 36 referees and judges who officiated at the Olympics.

Kremlev was also implicated in the report from the IOC Inquiry Committee following his offer to wipe AIBA's debt in the aftermath of the decision to strip the governing body of its recognition and ban it from any involvement in organising the boxing tournament at the Tokyo 2020 Olympic Games.