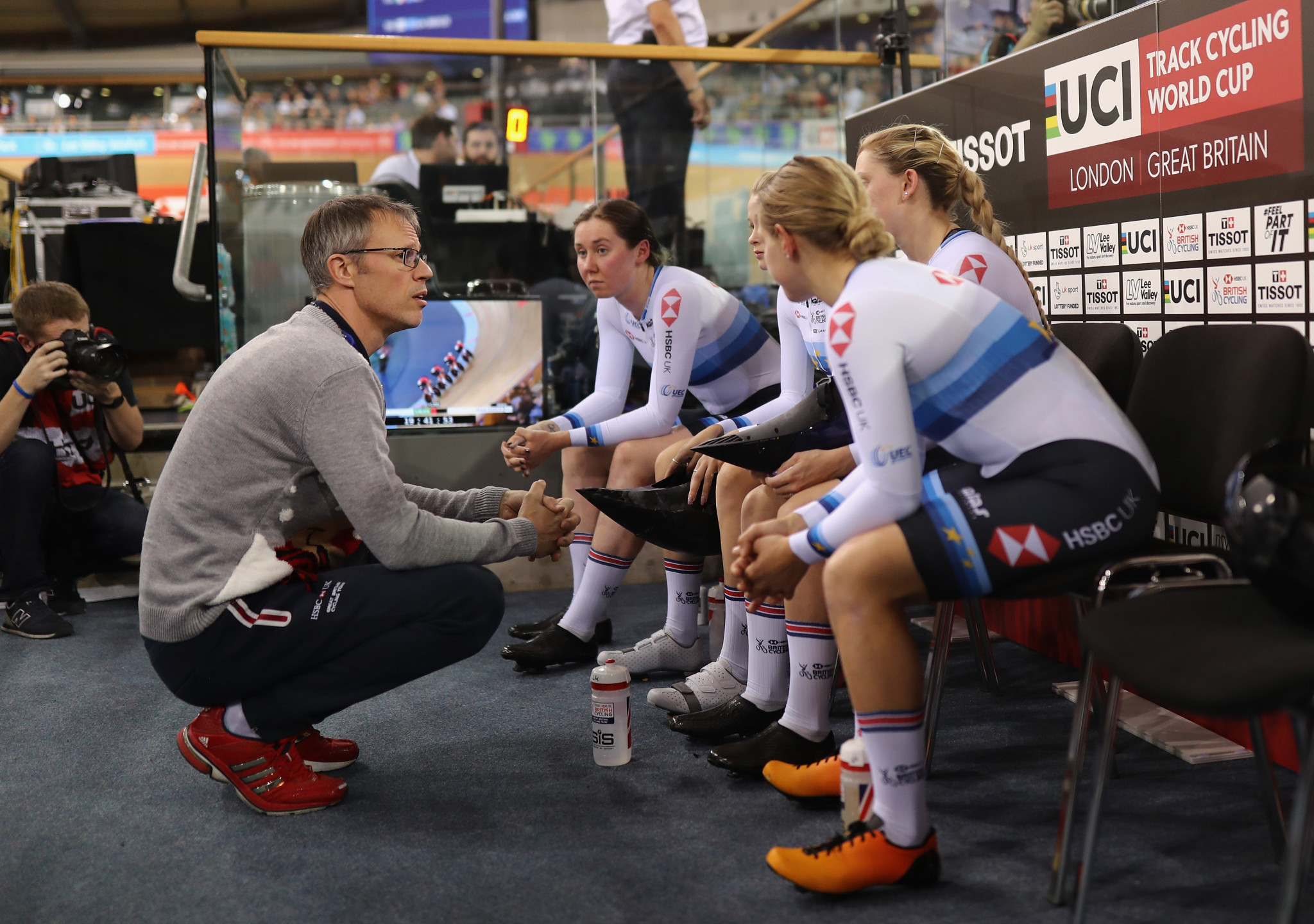 British Cycling’s preparations for Tokyo 2020 have suffered a blow with the resignation of women’s endurance coach Paul Manning.

Manning was a member of the British team which earned gold in the men’s team pursuit at the Beijing 2008 Olympic Games, alongside Ed Clancy, Bradley Wiggins and Geraint Thomas.

Manning became part of the British coaching set-up in 2009 following his retirement and was appointed coach of the women’s endurance team in 2010.

He coached Laura Kenny, Dani King, and Joanna Rowsell Shand to gold in the women’s team pursuit at London 2012, when the discipline was contested at the Olympics for the first time.

Kenny also won the women’s omnium title at both Games.

The British team appear on course to be contenders to win the team pursuit for the third time at Tokyo 2020, after winning the European title earlier this month in a time of 4min 10.437sec.

Manning told The Times he will leave his role with the team well-prepared for the Games.

"My time as a coach for the Great Britain Cycling Team has helped me recognise how it feels to be part of a high-performance team when they are operating exceptionally well," Manning told The Times.

"I will forever remain very proud of the performances I have contributed to and feel I am leaving the squad well prepared for the final push to Tokyo 2021.

"My remaining time with the team will be focused on a successful launch into 2021."

Norfolk said he was confident the team remained on course for success at Tokyo 2020 and praised Manning’s contribution to the team.

"I would like to congratulate Paul on his fantastic career with the Great Britain Cycling Team, both as a rider and as a coach, and wish him the very best of luck in his next chapter," Norfolk said.

"We fully respect his decision to call time on his coaching career with the Great Britain Cycling Team, Paul can reflect back with pride at the significant contribution he has made to the success of the women’s endurance squad and he can leave knowing he has laid the foundations for this legacy to continue in Tokyo and beyond."

Manning is the second high-profile coaching departure from British Cycling in recent weeks.

Sprint coach Kevin Stewart was sacked on the grounds of gross misconduct earlier this month, including a "long-term pattern of inappropriate relationships with riders."

Manning's resignation is unrelated to the incident.