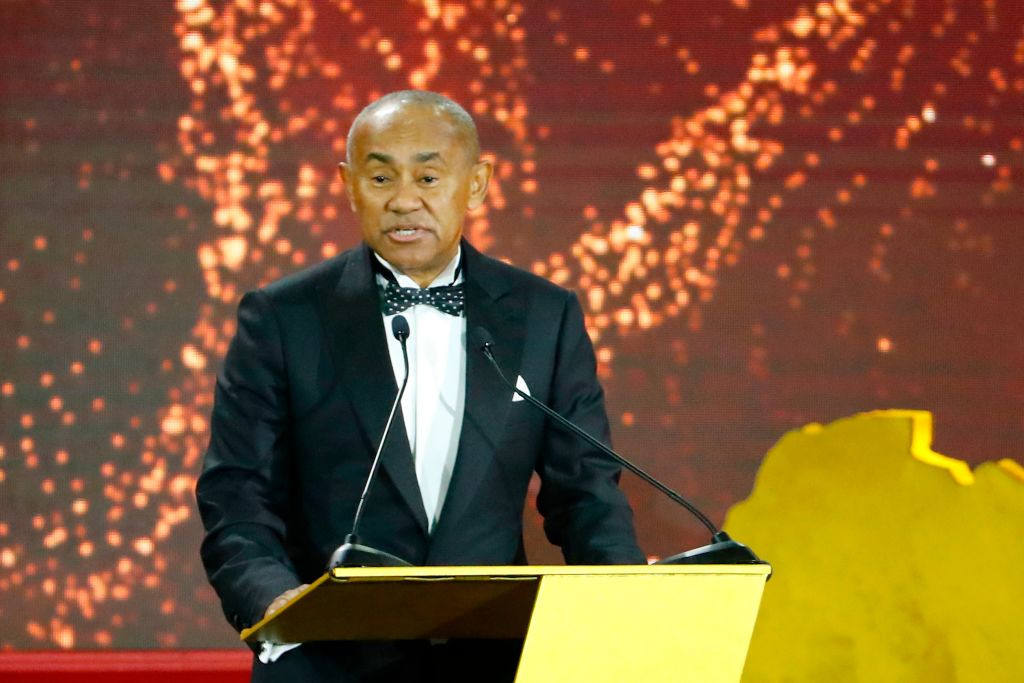 Confederation of African Football (CAF) President Ahmad has been banned for five years for financial misconduct by the FIFA Ethics Committee.

The FIFA vice-president "breached his duty of loyalty, offered gifts and other benefits, mismanaged funds and abused his position as the CAF President", FIFA said in a statement.

The decision could disqualify him from standing for re-election as CAF President when the body holds its election on March 12.

Madagascar's Ahmad, who has also been fined CHF200,000 (£164,000/$220,000), had been due to run for a second term as head of the CAF but the decision from the FIFA Ethics Committee, which followed a two-year investigation into his conduct in the role, is likely to scupper his bid as he would have to pass an eligibility check to remain on the FIFA Council.

He can appeal his ban to the Court of Arbitration for Sport once he has received the full grounds for the decision.

Ahmad's first four-year term as CAF President had been clouded by allegations of financial wrongdoing and other ethics breaches, prompting FIFA to launch a probe into his conduct.

The investigation "concerned various CAF-related governance issues, including the organisation and financing of an Umrah pilgrimage to Mecca, his involvement in CAF's dealings with the sports equipment company Tactical Steel and other activities".

In a statement, FIFA said the probe had found he had committed four breaches of the ethics code - duty of loyalty, offering or accepting gifts or other benefits, abuse of position and misappropriation of funds.

The BBC had reported last month that Ahmad had been found guilty of ethics breaches relating to a 2017 deal with Tactical Steel.

The deal with the little-known company is allegedly worth four times as much as an arrangement cancelled with sportswear giant Puma.

An associate of Ahmad, who has denied wrongdoing, has alleged links to Tactical Steel.

The agreement was among the findings revealed in an independent audit report earlier this year, which labelled CAF's accounts as "unreliable and not trustworthy".

FIFA effectively took over control of CAF in July 2019 following a series of allegations levelled at Ahmad, who was arrested over corruption charges in Paris last June and has also been accused of sexual harassment.

He had not been charged with any offence until the decision from the FIFA Ethics Committee was announced today.

Ahmad temporarily vacated his role as CAF President earlier this month after testing positive for coronavirus.

First vice-president Constant Omari will head CAF until the end of the month after Ahmad was asked to "limit his efforts".

Ahmed Yahya, President of the Football Federation of the Islamic Republic of Mauritania and South African billionaire Patrice Motsepe are among those challenging Ahmad for the CAF Presidency.