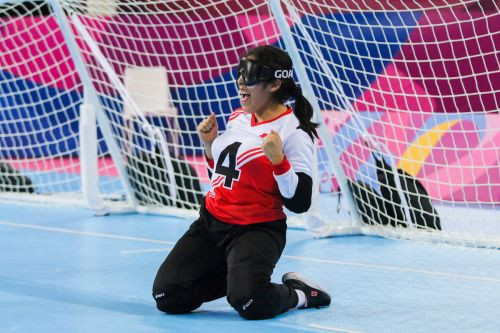 International Blind Sport Federation (IBSA) Goalball is inviting national bodies and coaches in the Americas to an online meeting.

The meeting, scheduled for November 21, has been called with the aim of starting a new era of communication and development in the region.

During the meeting, information will be gathered on the different stages each country is at in its goalball development.

The knowledge gained by representatives from the IBSA Goalball Committee will be used to target projects and events, such as coaching and referee clinics.

The online session will also feature discussions about the most suitable competition format for the different areas of the Americas and upcoming international events.

All IBSA Goalball countries in the Americas are invited to send one federation representative and one national coach, or two if they have a men’s and women’s team.

The meeting is set to be held in both English and Spanish.

"In the lead-up to and after the Rio 2016 Paralympics we saw a huge amount of countries in the Americas start their own goalball programmes," said IBSA Goalball Committee regional representative Carla Da Mata.

"In recent years this has delivered new countries to the World Championships, such as Argentina who made their debut in 2018.

"Goalball is also quite an easy sport to start – all you need is a ball that makes a sound and a flat surface to begin.

"This, and the inspiration that Rio 2016 brought to the region, has meant that we now have a healthy group of countries practicing and improving all the time.

"We want to capitalise on this by gathering intelligence from the community to prioritise those countries and areas which would benefit most from training and workshops."