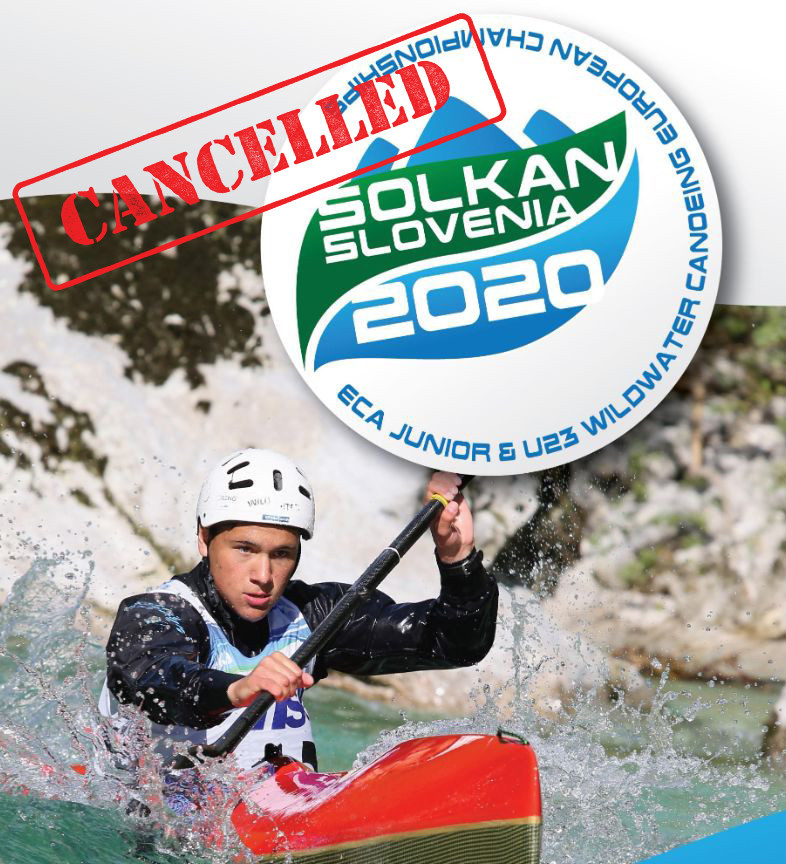 This year's ECA Junior and Under-23 Wildwater Canoeing European Championships have been cancelled due to the COVID-19 pandemic.

The European Canoe Association (ECA) has been forced to cancel the event, which had been scheduled to take place in Solkan in Slovenia from November 4 to 11, after the Slovenian Government introduced new restrictions to combat COVID-19.

"The ECA and National Canoe Federations around the world have always placed the health of participants as the number one priority when assessing the viability of canoe events this year," the ECA said in a statement.

The age group Championships becomes the latest major ECA event to be called off because of the coronavirus crisis.

The Canoe Marathon European Championships were cancelled in September due to the global health situation.

The event had been due to be held in Budapest in late October, before being brought forward to earlier in the month and moved to Győr.

The European Canoe Sprint and Paracanoe Championships in Bascov, which had been set for October 15 to 18, were cancelled in August.

But the Canoe Slalom European Championships were held in September in Prague, despite having initially been called off.

The Czech capital stepped in to host the event following the withdrawal of London.