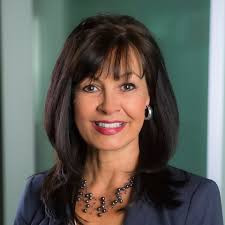 Hamilton is continuing to struggle for official backing from key politicians to support its bid to host the 2026 Commonwealth Games in the run-up to a crucial meeting tomorrow.

Hamilton 2026 chairman Louis Frapporti is due to make his latest presentation to the City Council’s General Issues Committee tomorrow but has been warned already that the Ontario Government will not support the bid.

Hamilton Member of Provincial Parliament Donna Skelly claimed that Ontario is more focused on Toronto becoming a host city for the 2026 FIFA World Cup being staged in Canada, Mexico and the United States.

She claimed that the financial implications, including security costs, associated with two major international sports events in one summer would be too much of a financial strain on Ontario, especially following the impact of coronavirus.

"It’s just a very difficult ask from the Government coming out of COVID," Skelly told The Hamilton Spectator.

Skelly also claimed in the interview to be speaking on behalf of her ruling Progressive Conservative Party of Ontario colleague, Lisa MacLeod, Ontario’s Minister of Heritage, Sport, Tourism and Culture Industries.

Frapporti claimed, though, that Skelly had previously promised to back the bid from Hamilton, currently the only city to have publicly declared an interest in hosting the 2026 Commonwealth Games.

"We are surprised to hear this, quite frankly, as Ms. Skelly had not previously communicated this to our Organising Committee despite participating in meetings with us and senior representatives of the minister’s office just over a week ago at which she offered to assist in securing a letter of support for Hamilton 2026," Frapporti said in an email to The Hamilton Spectator.

Frapporti also claimed that MacLeod was a committed supporter of the bid.

Officials from Hamilton 2026 claim that they can meet much of the cost of hosting Games using private financial backing.

But without the help of Ontario and the Canadian Government in Ottawa helping provide services like security, it is unlikely the bid will be able to progress.

Frapporti has claimed they will not seek formal support from Hamilton City Council and Ontario until they are confident they will receive the necessary backing.

"We’re very optimistic about that, but we feel we need to have that house in order before we make the city jump through hoops," he told The Hamilton Spectator.

In February, Hamilton Council had endorsed in principle a bid for the 2030 Commonwealth Games, which would have marked 100 years since the event was held for the first time in the city.

But, encouraged by the Commonwealth Games Federation, the team switched its focus to the 2026 edition in April when it became clear there was an opportunity to be awarded the event without the normal formal bid process.