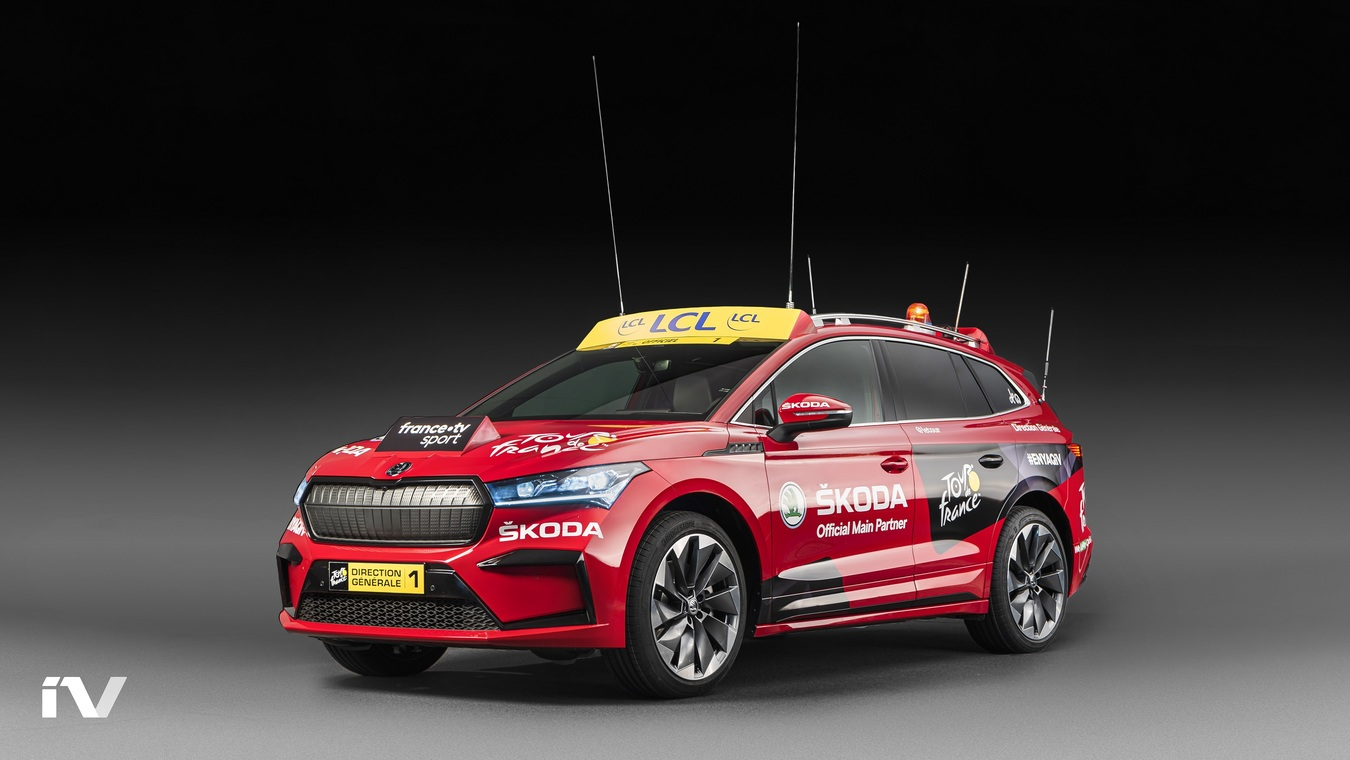 ŠKODA has promoted its first fully electric SUV at the Tour de France by serving as the lead car on the seventh stage of the race today.

The Czech manufacturer is one of the main sponsors of the Tour de France, with this year’s event marking its 16th year as a partner.

ŠKODA unveiled their ENYAQ iV car yesterday in Prague, with the vehicle featuring on today’s 184 kilometre stage from Gap to Privas at the Tour de France.

Race director Christian Prudhomme was using the car as the lead vehicle of the race and the interior was altered to become the "mobile control centre" for the official.

The ŠKODA ENYAQ iV is billed as being the first car based on the modular electrification toolkit.

The red-painted car has a panoramic glass roof, six antennas, special sirens, a refrigerator and a state-of-the-art communication and command centre in the rear.

ŠKODA said the equipment allows information to be transmitted to and from the vehicle, with Prudhomme able to give instructions and organise the traffic in the field of participants from the car.

He was also able to maintain contact with the race commissioners and other tour vehicles and exchange information with them regarding the status of the race.

The car was given a modified chassis for its use in the Tour de France to make it ideally equipped to meet all the demands of the competition.

The vehicle will also accompany the cyclists in the individual time trial from Lure to La Planche des Belles Filles on Stage 20, as well as the final 122km stage in Paris the following day.

Up to 250 ŠKODA vehicles have been deployed at the Tour de France.

ŠKODA said it is emphasising the topics of sustainability and electric mobility as 30 vehicles from the fleet are ŠKODA iV models with plug-in hybrid drive or fully electric drive.

The company also launched a 360-degree campaign ‘To the Greatest Family of all: Cyclists’ around the race', which it claims conveys the brand’s passion for cycling and emphasises the team spirit unifying the global cycling community.