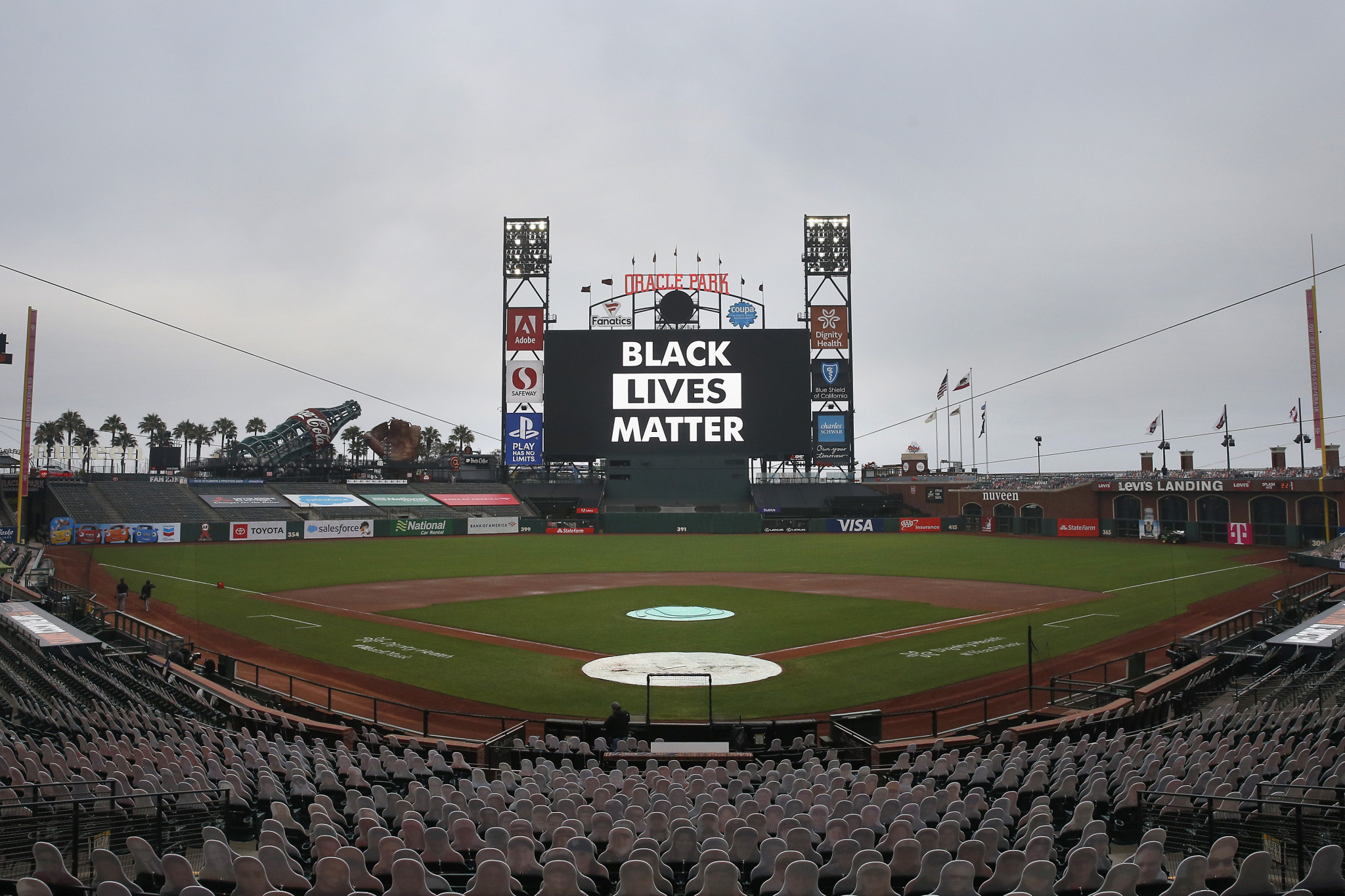 Players have boycotted games in major American sports leagues including the National Basketball Association (NBA) to protest the police shooting of Jacob Blake.

The boycotts were sparked by the Milwaukee Bucks opting not to take the court for the fifth game of their playoffs series versus the Orlando Magic.

Milwaukee is the biggest city in Wisconsin, the state where Blake was shot seven times in the back by police in Kenosha on Sunday (August 23).

Blake's attorney has said he is now paralysed.

Two people were killed on Tuesday night (August 25) in Kenosha during a Black Lives Matter protest.

Kyle Rittenhouse, 17, has been charged with those murders.

After Bucks players did not come out of the locker room, the NBA ultimately announced that all three of yesterday's games had been postponed.

The Houston Rockets and Oklahoma City Thunder were due to face off, as were the Los Angeles Lakers and Portland Trail Blazers.

The NBA has agreed to continue with the play-offs, a decision which came amid rising tension over a lack of strategic unity.

The Los Angeles Lakers and Los Angeles Clippers had voted against resuming the play-offs during a meeting last night, according to reports.

Three further play-off contests - Utah Jazz against the Denver Nuggets, Boston Celtic's clash with Toronto Raptors and the Clippers versus the Dallas Mavericks - that had been scheduled for tonight have been postponed.

The NBA said it was "hopeful" games will resume either tomorrow or Saturday (August 29).

A meeting between a group of NBA players and team governors representing the 13 teams competing in Orlando, along with representatives from the Players Association, the league office and NBA Labor Relations Committee chairman Michael Jordan, "to discuss next steps" is due to be held later this evening.

In a statement, Bucks players said that their "focus today cannot be on basketball" because of the shooting of Blake and "ongoing racial injustices facing our African American communities".

It continued: "When we take the court and represent Milwaukee and Wisconsin, we are expected to play at a high level, give maximum effort and hold each other accountable.

"We hold ourselves to that standard, and in this moment, we are demanding the same from our lawmakers and law enforcement.

"We are calling for justice for Jacob Blake and demand the officers be held accountable.

"For this to occur, it is imperative for the Wisconsin State Legislature to reconvene after months of inaction and take up meaningful measures to address issues of police accountability, brutality and criminal justice reform.

"We encourage all citizens to educate themselves, take peaceful and responsible action, and remember to vote on Nov. 3."

That is the date of the United States' Presidential election.

One day prior, the National Football League's Detroit Lions had boycotted practice to protest against the shooting of Blake.

Tennis star Naomi Osaka said she would not play today's Cincinnati Open semi-final is response to "the continued genocide of Black people at the hand of the police", before tournament organisers announced there would be no play today.

There have been Black Live Matter protests across the US and beyond since the police killing of George Floyd in May, with numerous athletes at the forefront.

These boycotts are the most striking athlete-led protest against social injustice since and put the focus on leagues and team owners, who players want to use their vast resources to press for change.

The remainder of the NBA season is being played in a bubble in Orlando and, per ESPN, players had a meeting late night where players from the Lakers and Los Angeles' other team, the Clippers, voiced support for not finishing the season.

Amid the protests, pressure has grown on the International Olympic Committee (IOC) to relax Rule 50, which bars athletes from protesting at Olympic venues and sites during the Games.

Its Athletes’ Commission hopes to finalise a Rule 50 recommendation in the first quarter of 2021.