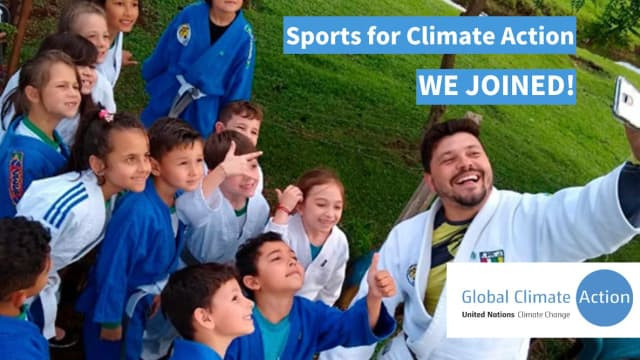 It means the IJF will now strive to reach climate neutrality in judo, in a bid to slow down climate change.

As a signatory, the governing body must abide by five core principles in the Framework, as part of the aims of the Paris Agreement.

The IJF will look to promote greater environmental responsibility, reduce the overall climate impact for the sport, use its platform to educate about climate action, promote sustainable and responsible consumption and advocate for climate action through its communications.

Judo will also work towards being low-carbon in the future at its events, and in the organisation of events.

Climate change experts believe that serious shifts on earth could be felt if global warming is not limited to a further 1.5 degrees.

It is expected that if this is not adhered to, there will be significant risks of drought, floods, extreme heat and poverty for hundreds of millions of people.

Nations such as the Marshall Islands are already planning an evacuation of their country due to the worsening impact of climate change, leading to rising sea levels.

The IJF had already started to do its part for the environment last year on World Judo Day, when they committed to planting more than 6,000 trees across the planet.