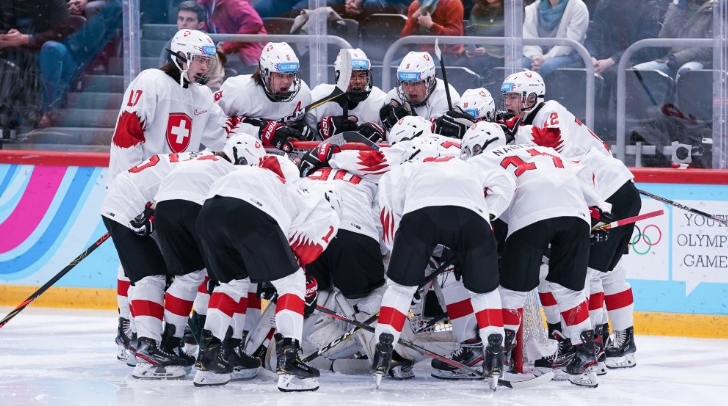 The International Ice Hockey Federation (IIHF) issued a one game suspension to two Swiss players for violent conduct during the 2020 Winter Youth Olympic Games in Lausanne.

Rodwin Dionicio and Noah Greuter were given suspensions for their behaviour after Switzerland's 2-1 loss to Finland at Lausanne 2020.

Dionicio head-butted an opponent, while Greuter instigated a fight despite the linesman trying to break up the altercation.

The incidents happened after the final buzzer but before the players left the ice.

The IIHF Disciplinary Board decided a one match suspension was adequate and sufficient in both cases.

Both players will be suspended for Switzerland’s first game at the next IIHF Under-18 World Championship.

This year's competition was postponed due to the coronavirus pandemic, and will instead take place next year from April 7 to 17 in Michigan in the United States.

Switzerland finished bottom of Group A at Lausanne 2020, losing to Finland and the United States, the eventual silver medallists.