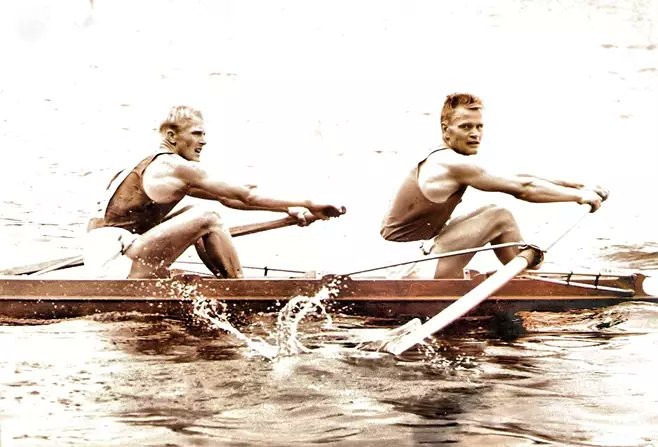 Finland's two-time Olympic rowing bronze medallist Veli Lehtelä has died at the age of 84 in the city of Valkeakoski.

Lehtelä, who competed at the Melbourne 1956, Rome 1960 and Tokyo 1964 Games, passed away in his sleep, according to his son Jorma.

His biggest successes were in Melbourne and Rome as he won a bronze at each Games in the coxed four and the coxed pair respectively.

Lehtelä also picked up two European titles and two silver medals between 1955 and 1961.

In his later years he was plagued with illness, including losing his vision as a result of glaucoma.

In an interview with Ilta-Sanomat in December 2018, and speaking about being visually impaired, he said: "It doesn't help to dig a deeper pit here, there are quite a few great things in life that you can enjoy."

His childhood saw him live in Sweden twice due to the war years, and on his return to Valkeakoski he participated in many sports including skiing, athletics, wrestling and football.

He played with one of the best football clubs, Haka, until the age of 18.

From there, he picked up rowing and at 21 had won his first Olympic medal in the sport, following his first European medal at 19.

After his successes, he was diagnosed with diabetes in 1974 which had unknowingly caused him issues during his career.

His son Jorma was part of the national team in the 1980s and still competes in older age groups today.

Lehtelä was employed by United Paper Mills for a long time as a production designer, and was fluent in Swedish and English.