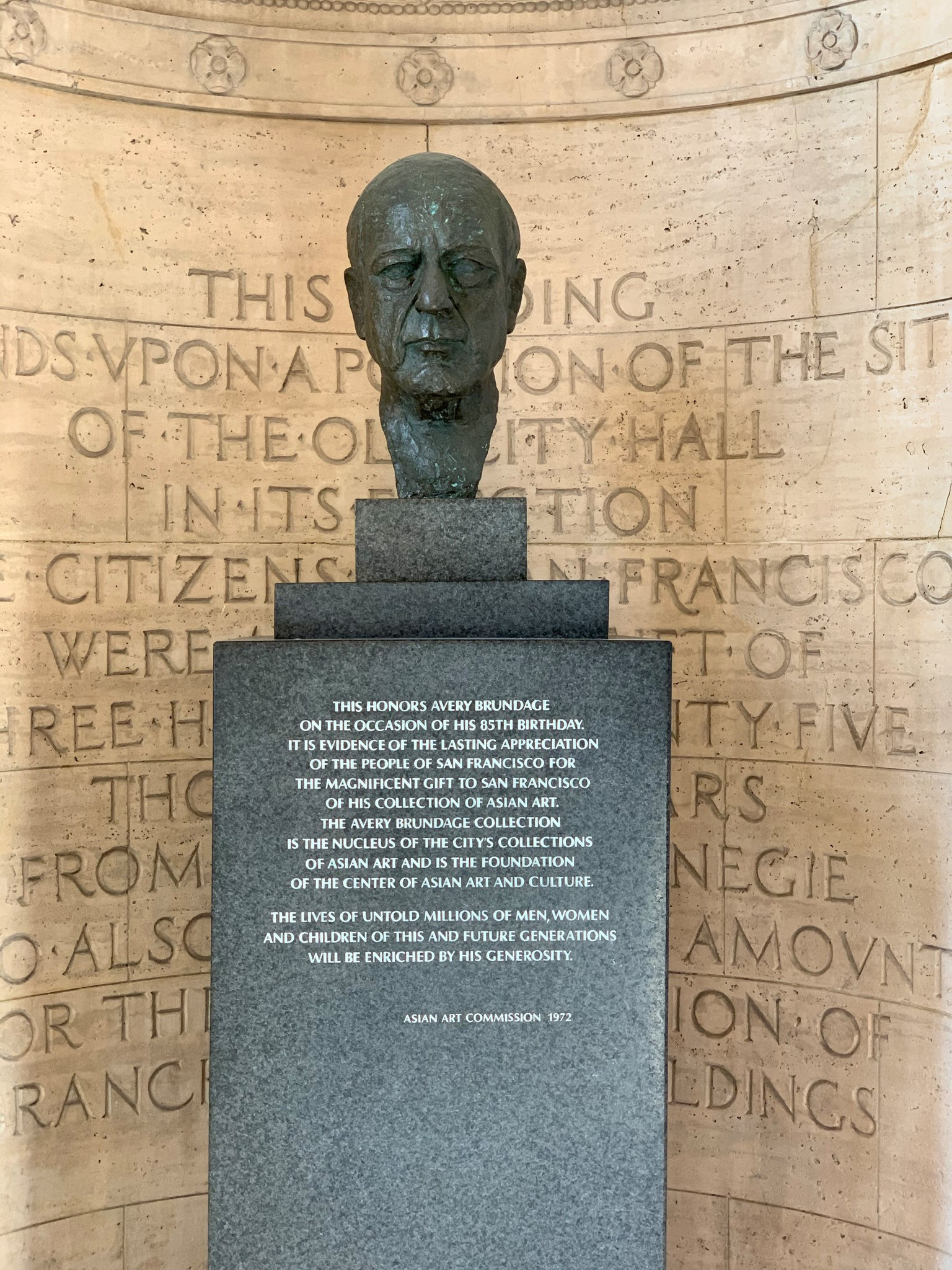 The Asian Art Museum in San Francisco has removed a bust of former International Olympic Committee (IOC) President Avery Brundage from its foyer because of concerns over his "racist legacy".

The bust was unveiled by the Asian Art Commission in 1972 and has sat in the foyer since in honour of the institution's founding patron, as reported by The New York Times.

Brundage, who had represented the United States at the 1912 Olympic Games in Stockholm in the pentathlon, served as President of the IOC from 1952 to 1972, having joined it as a member in 1936.

He died in 1975 and opposed the boycott of the 1936 Olympic Games in Berlin during his time as President of the American Olympic Committee, as it was then called.

There were calls, led by politicians in the US, to boycott the Games because of concerns around the morality of supporting an Olympics in a country led by a Nazi regime.

There was concern in the United States about Nazi Party leader Adolf Hitler's treatment of Jewish people, his belief in the superior race and how Jewish and black athletes representing the US at Berlin 1936 would be treated.

Brundage argued politics had no place in sport, claiming: "The Olympic Games belong to the athletes and not to the politicians."

In December 1935, the Amateur Athletic Union of the United States voted to send a team to Berlin 1936, with Brundage playing a key role in swinging the vote in favour of participation.

The Museum benefactor also expelled African American athletes Tommie Smith and John Carlos from the 1968 Olympic Games after their blacked glove protest on the podium following their gold and bronze medals in the 200 metres.

Brundage deemed the pair's actions to be a domestic political statement unfit for the Olympic Games.

Asian Art Museum director Jay Xu claimed they had not been fully aware of Brundage's controversial past until 2016, when staff were preparing for the Museum's 55th anniversary celebrations.

In an open letter earlier this month, published in response to the killing of George Floyd in Minneapolis, which has prompted Black Lives Matter marches all around the world, Xu addressed the thorny issue of the Museum's history.

"If we pride ourselves as guardians of a historical art collection, we must contend with the very history of how our Museum came to be," Xu wrote.

"Avery Brundage, whose collection forms the nucleus of this institution, espoused racist and anti-Semitic views.

"We have removed his name from Museum initiatives but have yet to address this history in a fully open and transparent way.

"Only by publicly condemning Brundage's racism and examining the foundation of our Museum can we become an even greater source of healing and connection.

"Addressing this history is only a modest beginning.

"We must ensure that anti-racist measures are foundational to all Museum work and processes, and to the experience of every visitor.

"Our Museum is still learning how we can nurture the kind of intersectionality that allies us to larger movements and promote change from within our own institution.

"We must engage our communities for guidance, insight, and partnership, and welcome all comments, suggestions, and criticisms.

"In this way, we can evolve into a Museum that is truly for all."

Brundage, whose wealth was based upon his construction business, had first became interested in Asian art after a visit he made to an exhibition of Chinese art at the Royal Academy in London in early 1936, after the Winter Olympics in Garmisch-Partenkirchen, which had also been organised by the Nazi regime.

Much of Brundage's collection was based upon stock he had bought which had originally been owned by Japanese dealers in the US that was impounded during World War Two.

He agreed to donate parts of his collection to the City of San Francisco and in 1966 the Asian Art Museum was opened to showcase it.

Brundage continued to make donations to the new Museum and left the remainder of his collection to it in his will.

Today, the Museum has 7,700 pieces from Brundage among the 17,000-plus objects which make up its collection.

The bust, which has now been moved into storage, was unveiled on the occasion of Brundage's 85th birthday in 1973, and had an inscription which read: "It is evidence of the lasting appreciation of the people of San Francisco for the magnificent gift to San Francisco of his collection of Asian art.

"The lives of untold millions of men, women and children of this and future generations will be enriched by his generosity."