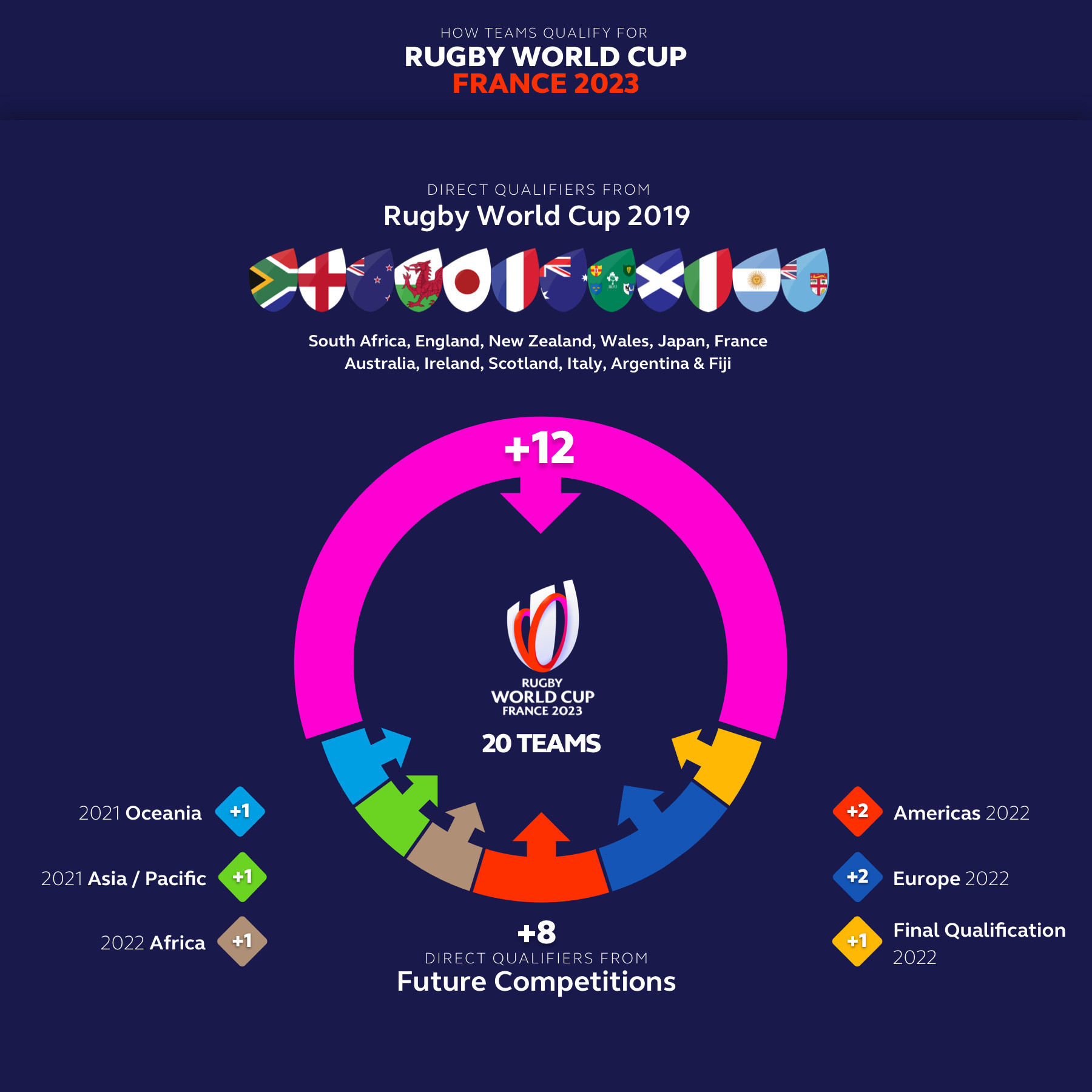 The qualification process for the 2023 Rugby World Cup has been confirmed, with eight teams to join the 12 automatic qualifiers for the tournament in France.

After finishing in the top three in their respective pools at the 2019 Rugby World Cup in Japan, 12 of the 20 nations to take part have already qualified.

Two more qualifiers will emerge from the Americas in 2022, with the same number of places going to Europe.

Oceania, an Asia-Pacific region and Africa will all have one place, with the last spot coming from the final qualification event in 2022.

That last-chance event will involve four nations in a round-robin competition - one from Europe, one from the Americas, one from Africa and from either Asia or Oceania.

Oceania's initial qualifying position will either go to Tonga or Samoa, who will play for the automatic spot in 2021.

The loser of that match will have the opportunity to win the Asia-Pacific spot, playing the winner of the 2021 Asia Rugby Championship over two legs for a place in France.

The loser will enter the final qualification tournament.

For the 2019 World Cup, Canada defeated Germany, Hong Kong and Kenya to take the final spot in the competition.

World Rugby chairman Sir Bill Beaumont said: "With the global pandemic having halted most rugby activity, confirmation of the global qualification process for Rugby World Cup 2023 provides a beacon of excitement for all, including players and fans.

"The process that has been developed via full consultation with our regional associations and member unions will provide a genuine opportunity for full member unions to qualify for our showcase men's 15s event.

"Maximising existing regional competitions, the process is good for regions and unions in managing costs for organisers and participants alike, which is important as we all recover from the global pandemic."

Full dates of qualifying matches and tournament formats will be announced by World Rugby in the future.