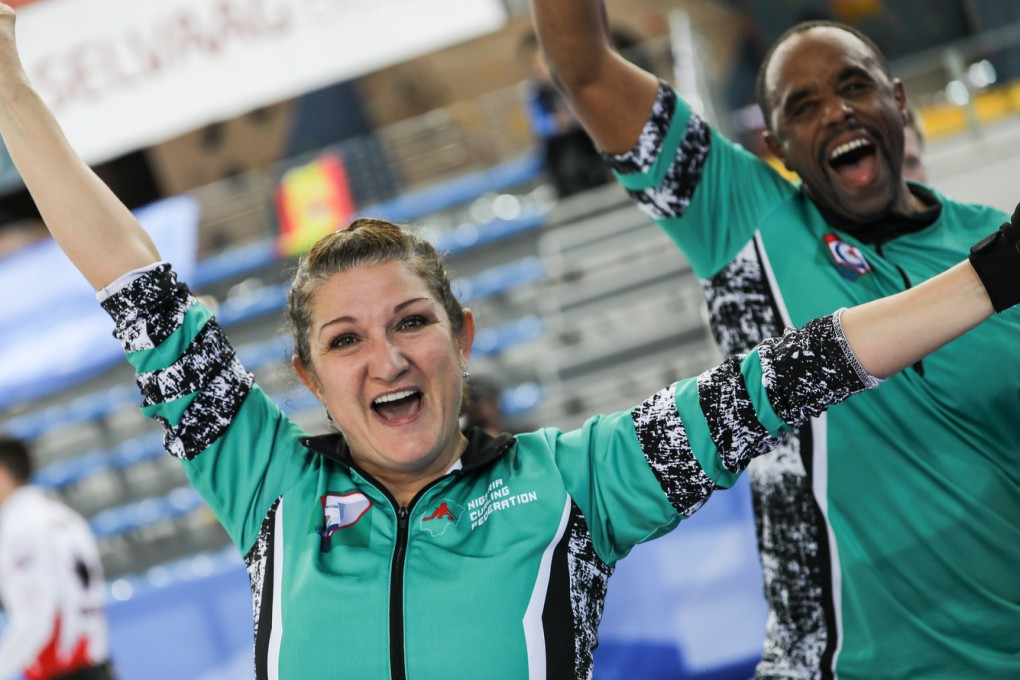 The Nigeria Curling Federation (NCF) has released a video to celebrate the one-year anniversary of the country's debut at a World Championship.

The country also became the first from Africa to win a match at a World Championship when Tijani and Susana Cole beat Manon Humbert and David Baumgartner of France in a round-robin contest at the event in Norway.

To make you 😄 on a Monday #GoodGollyWhompers

Nigeria became a member of the World Curling Federation (WCF), which also congratulated the NCF for the milestone, in 2018.

The nation also made its debut at the Pacific-Asia Curling Championship last November.

"From 'mission impossible' to first World Championship win," the WCF posted on Twitter.

"Congratulations to Nigeria on their one year anniversary."